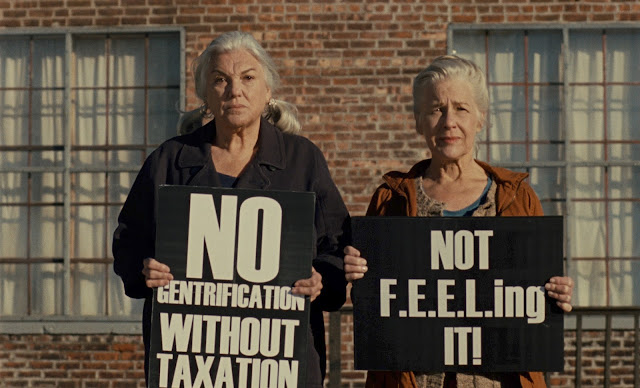 There's never been a film (or series of films) quite like Patrick Wang's A Bread Factory. Essentially one film told in two parts, Part One: For the Sake of Gold, and Part Two: Walk with Me a While, A Bread Factory examines the plight of a small-town arts center about to be gentrified out of existence by a foreign conglomerate. 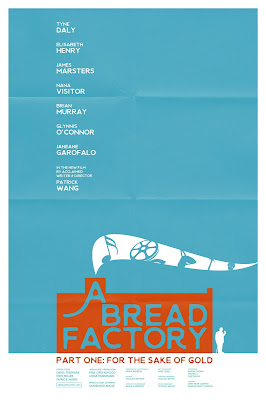 Wang, who first appeared on the American independent film scene in 2011 with the remarkable drama, In the Family, has a style like no other, a kind of point-and-shoot aesthetic that nevertheless feels staunchly formal. His actors occupy spaces that at once feel tightly controlled and yet assembled on the fly, creating something that feels wholly organic yet incredibly specific. In For the Sake of Gold, Wang introduces us to Dorthea (Tyne Daly) and Greta (Elisabeth Henry-Macari), longtime parters and proprietors of a community arts center in Checkford, finding artistic truth in charmingly DIY productions. The Bread Factory, long a space for personal exploration and community engagement, is deep in rehearsals for a performance of Euripides' Hecuba, when a couple of performance artists from China bring a major conglomerate onto the block, vying for the same arts council funding as The Bread Factory. Facing the end of their life's work, Dorthea and Greta rally a cast of oddball characters, including a local journalist and her plucky intern, in order to convince the local council to save their funding and stop the government corruption seeking the use the newcomers for personal gain.

In Walk with Me a While, Wang changes the ballgame, examining the aftermath of the events of the first film and how they affect the community. Strange tourists begin to descend on Checkford, and it becomes clear that the foreign conglomerate's showy, impersonal brand of art may be changing the little town forever. Walk with Me a While is a more melancholic film than its predecessor, but both films are filled with a quiet sense of hope. What sets Part 2 apart is how Wang deftly melds genres together, introducing musical sequences to differentiate the tourists from the citizens of Checkford. It's a bracing stylistic experiment that beautifully examines life in a changing world. Of the two films, it is perhaps the strongest. Yet taken together as two parts of one whole, these films are a celebration of not just the arts, but of small town arts programs. 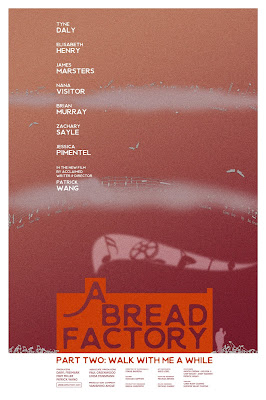 Wang shoots in long static takes, often in medium close-up, capturing his actors' performances in totality. It's like a high wire act without an act, the lack of cuts putting emphasis on the performers and what they’re saying rather than directorial style. By filming entire performances, including the climactic performance of Hecuba at the end of Walk with Me a While, Wang immerses us deeply into the world of these characters, allowing us to live alongside them for a while. By splitting the story into two films, Wang takes us beyond the plot and into these characters' lives. Yet it's more than just a four-hour film split in two, the cut feels natural. Both films feel like complete entities that are nevertheless inexorably a part of the same whole.

And what a beautiful whole it is. A Bread Factory is a warm-hearted ode to local arts programs, how they serve not only as a place of belonging for everyone in the community, but as an outlet for people of all ages to explore themselves. Over the course of two films, Wang examines the Bread Factory's impact on its community, and the community's impact on the Bread Factory and its proprietors. They're two lovely, altogether wonderful films that find a deep humanity in their subjects, demonstrating a clear affection for its idiosyncratic characters and the niche they've carved out for themselves in Checkford. And yet there's a kind of sadness that hangs over these films, a kind of mourning for the role of money in the arts, a necessary evil they both rely on and are torn down by. In the end, the quality of the work matters little in the face of public indifference or lack of funding, and that's the inherent tragedy at the core of both films.  Passion can only go so far, but sometimes that passion is worth more than anything money can buy. In A Bread Factory that passion bleeds through every frame - it's an endlessly charming labor of love that firmly establishes Wang as one of the most unique and vital voices in American independent cinema.


Both films are now playing in select cities.