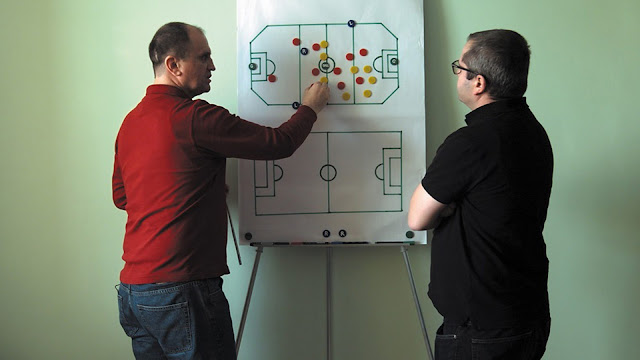 There is something uniquely droll about the humor of contemporary Romanian cinema that is often so dry that it's almost imperceptible. Take, for instance, Cristi Puiu's The Death of Mr. Lazarescu (2005), a film ostensibly about an old man dying from neglect by the Romanian healthcare system, being touted as "The most acclaimed comedy of the year" in all of its promotional materials. And yet, despite its tragic underpinnings, Mr. Lazarescu was funny simply because it was so absurd. It was a comedy of errors disguised as a tragedy, a darkly hilarious examination of a grim reality meant to help its audience "laugh to keep from crying." 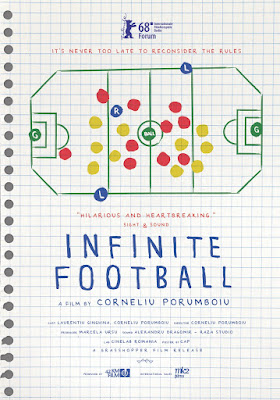 Corneliu Porumboiu's 12:08 East of Bucharest (2006) is similarly droll, if more overtly funny, taking aim at small town silliness regarding a point of local pride - a revolution that may or may not have happened in their little town years earlier. It has been over a decade since the so-called Romanian New Wave began, with filmmakers like Porumboiu, Puiu, and Cristian Mungiu (4 Months, 3 Weeks, and 2 Days) bursting onto the international scene with their austere social consciences and sparse style. While each filmmaker has their own unique style and thematic interests, Porumboiu has carved out a unique niche for himself as a kind of satirical cultural critic, examining bureaucratic nonsense in a way that demonstrates both a love for society's oddballs, and a penchant for taking a pin to the balloon of self-importance.

In his latest film, a documentary called Infinite Football, Porumboiu introduces us to Laurențiu Ginghină, a local bureaucrat who, after a childhood soccer injury left him with a severely broken leg, set out to revolutionize the game by creating new rules designed to prevent situations like the one that caused his injury. Ginghină proposes redesigning the field into an octagonal shape to prevent players from getting stuck in corners, dividing teams up into sub-teams each with specific rules, and eliminating off-sides rules by keeping all but a select few players on their own respective sides of the field so that they don't over-exert themselves by running up and down the entire length of the field for the whole game.

Ginghină is so singularly convinced that his rule changes will revolutionize the sport that he envisions himself as a kind of superhero posing as a mild-mannered pencil-pusher by day and acting as a savior of football by night. For his part, Porumboiu mostly steps back and allows Ginghină to explain his system, and then explain it again, constantly revising and and updating his plan when it proved impractical in real life until it becomes so complicated he can barely explain it to anyone. There are very few cuts in the scant 70 minute run time of Infinite Football. Porumboiu is content to point his camera, sit back, and let Ginghină fashion his own rope by which to hang himself. 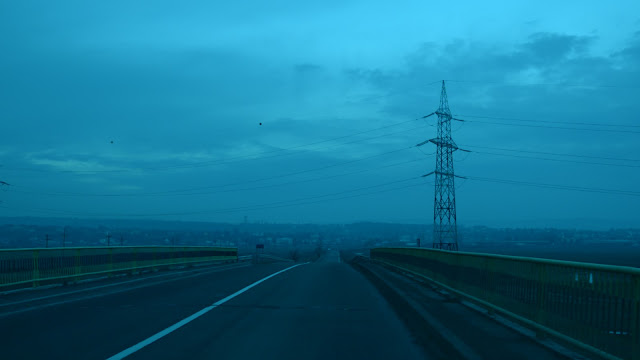 And yet there is something endearing, and even a little sad, about Ginghină's obsession. Porumboiu essentially lets him explain himself for 70 minutes, and his case is certainly convincing because he himself is so sure of what he's doing, but one can't quite escape the feeling that this quixotic quest to change the way the world plays soccer is something of a fool's errand. At what point does confidence become delusion? Or is soccer, in this instance, just a metaphor for something more?

That's the real question at the heart of Porumboiu's drolly funny and strangely melancholy film. Is Ginghină a genius? Crazy? A pitiable figure? In a nation still coming to terms with its own past, is football a kind of flawed national institution that needs immediate reform, or a venerable body that is perfect the way it is?  Porumboiu doesn't answer those questions, instead positing that perhaps the thing that he loves (be it football or Romania itself) is fundamentally flawed and the ridiculous solutions to fix it are only making it worse. Perhaps the greatest threat facing the game of football (and by extension, Romania itself) is that bureaucracy is pinpointing all the wrong flaws while actual problems go over looked, then proposing all the wrong solutions to fix what isn't broken.

As for Ginghină, his crusade may not have brought him fame or glory, in fact it's brought him little more than indifference at every turn, as the problems he perceives (born mostly out of childhood trauma) are not seen as actual issues by anyone else. And yet it just might have given him personal fulfillment in the form of a life's work, even it if means nothing to anyone but him. Who then, Porumboiu asks, are we to judge?