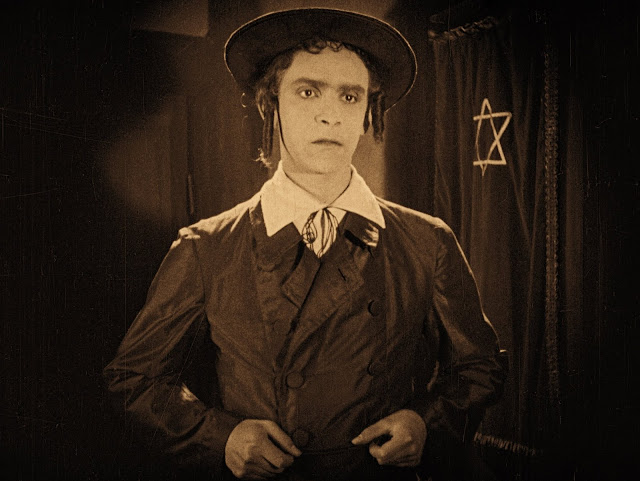 The concept of cultural assimilation versus cultural purity is something that has come into sharp focus in Donald Trump’s America, where a melting-pot society founded by immigrants and colonizers has become increasingly agitated by the mere hint of multiculturalism or diversity.

Such as it ever was, one only has to go back to Ellis Island and the distrust and vilification of Irish, Italian, and Eastern European immigrants to see that fear of “outsiders” is as engrained in American culture as apple pie and racism. On the flip side of such right-wing xenophobia are questions of maintaining one’s own cultural identity, what the right dismissively refers to as “identity politics.” It’s the kind of subtle, self-congratulatory racism that allows people to make such ridiculous claims as “I don’t see color,” while expecting immigrants and minorities to adopt American (read: white) culture. The underlying message - you can join the club and be one of us, as long as you act like us. It’s a classic bait-and-switch, because no matter how white Americans claim to not see color, they certainly do when minorities have the gall to stand up for their civil rights; while totally “not racist” white people wring their hands about how they’re just “not protesting the right way,” safe in their beliefs that racism somehow ended with the election of Barack Obama to the presidency (although they’re still not 100% sure he was American to begin with). White America loves to pretend to extend the opportunity to join the club, but membership almost always comes with a caveat. 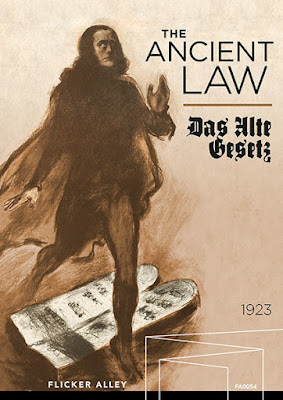 Consider, then, that perhaps this is not a uniquely American problem, nor is it one that just materialized out of thin air in the 20th or 21st centuries. Humans are tribal by nature, clinging to arbitrary signifiers of identity through nationalism and religion that are naturally exclusive, content to take refuge in the safety of sameness rather than embracing the things that make us different. There is certainly comfort in homogeneity, but our strange desire for seeking out the things that make us the same rather than celebrating our differences speak to humanity’s deep seated desire for the familiar. We still don’t quite trust things that are different.

That age old conflict stands front and center in German filmmaker E.A. DuPont’s 1923 silent film, The Ancient Law (Das alte Gesetz). At the time of its release, Jewish immigrants were pouring into Germany from Eastern Europe in the days after World War I, leading to racial tension and providing a convenient target for political posturing that blamed these outsiders for all the country’s ills (sound familiar?). Immigrants were struggling with how to maintain their traditions while navigating life in a new land that expected nothing less than assimilation. As we know now, these tensions borne of anti-semitic sentiment eventually lead to the rise of the Nazi party and the Holocaust, but at least for a while in Weimar-era Germany, filmmakers were genuinely trying to grapple with the question of cultural assimilation in complex and thoughtful ways. On one side you had films like Paul Wegener's The Golem: How He Came Into the World (1920), a German Expressionist horror film in which a 16th century rabbi creates a monster in order to protect his people. It was a film that suggested, perhaps inadvertently, that Jews must preserve their "otherness" through violent means if necessary.

Then there were films like The Ancient Law, which genuinely grappled with the question from the Jewish point of view. The film centers around a young lad named Baruch (the soulful Ernst Deutsch), the son of a local rabbi, who dreams of becoming an actor. His father, naturally, forbids it, citing the ancient laws that preserve their way of life. Undeterred, Baruch runs away to Vienna where he joins an acting troupe, eventually catching the eye of a wealthy baroness. At first he is teased for his Jewish heritage, his sidelocks becoming a particular point of ridicule, and in a particularly dramatic moment, he cuts them off. Yet the sidelocks are more than just a visual symbol of his heritage, they represent something deeper about who he is and where he comes from, as outside pressure forces him to sacrifice his identity in order to be accepted by the world at large. 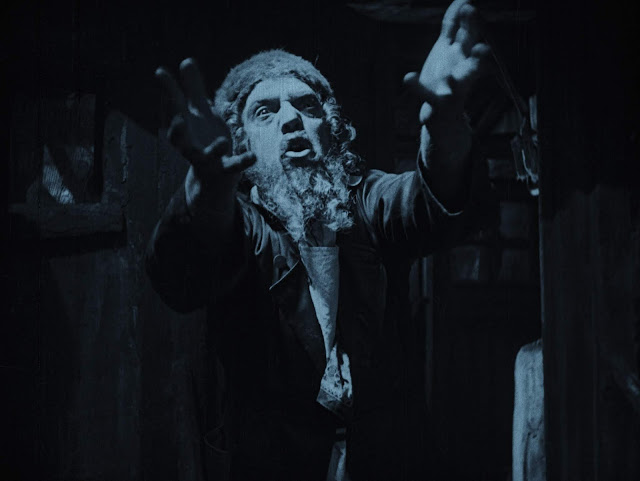 Ultimately, The Ancient Law is about finding a happy medium, as Baruch's dying father eventually accepts his son's new life outside the shtetl, and Baruch finds away to hang onto his Jewish identity while pursuing a career as an actor abroad. If this ending seems a bit too tidy, it's because DuPont had a very clear message he was trying to convey to audiences of the time. Even though set in the 1860s, in yet another time of Jewish persecution in Europe, DuPont was speaking directly to an audience of European Jews and Gentles alike in 1924. He was trying to make abundantly clear that one did not have to sacrifice their culture in order to assimilate into a new one, while at the same time attempting to assuage xenophobic fears regarding judenfrage (the Jewish question).

History tells us that it didn't work, but one has to admire what DuPont attempted to do here. He was a filmmaker with a striking visual sense (see the gorgeous German Expressionist inspired sets of his 1925 circus melodrama, Varieté), and his gritty recreation of a 19th century Jewish shtetl and the sumptuous palaces and theaters of Vienna are remarkable in their detail and authenticity. He also managed to make a film about a specific place and time with a very specific audience in mind that is also reads like a disarmingly contemporary exploration of the eternal clash between tradition and modernity, and how to navigate the co-mingling of the two when the strongest adherents on both sides so distrust the other. Notice the inherent tragedy of Baruch's romance with the baroness when both realize that their interracial love must remain unrequited because of the standards of the day. DuPont kept them cleverly separated within the frame to suggest an invisible wall keeping them apart. While the two never kiss on screen (and Baruch eventually finds love with a nice Jewish girl in the shtetl), it is made clear that the decision to separate is not their own, but out of yet another ancient law - that of bigotry.

The film only existed in truncated form for many years before being reassembled in the correct order with the proper inter-titles and color tinting thanks to a recently discovered censor's certificate. The resulting restoration, brought to life on the new Blu-Ray release from Flicker Alley, is an impressive resurrection of a forgotten masterwork. Flicker Alley is generous as usual with the special features, among them an insightful essay by film historian Cynthia Walk that offers a fascinating examination of the historical context of the film. Yet what distinguishes The Ancient Law, which at nearly 100 years old may seem to some an ancient relic all its own, is how contemporary its themes are; not just because they deal with the idea of tradition vs. modernity, but because of its almost depressingly timeless exploration of bigotry and xenophobia. Set in a world where immigrants and refugees are mistrusted and vilified, blamed for societal problems far beyond their control, The Ancient Law is a dire warning that past is very often prologue. Knowing what happened next is a chilling reminder that the dire consequences of hate and bigotry are never as far away as we may believe.