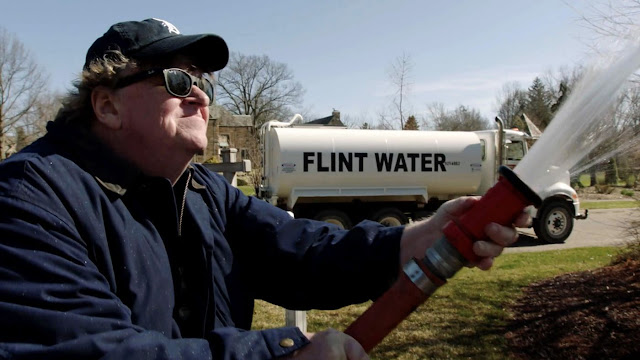 Given his reputation and long history of making controversial documentaries, it's probably safe to assume that most audience members have a pretty strong opinion about filmmaker Michael Moore before going into a theater to watch one of his films. And chances are most audience members heading into one are probably a member of the choir he's preaching to.

That's one of the problems with films like Fahrenheit 11/9, no matter how much righteous anger Moore is able to stir up for his cause, he's rarely, if ever, winning new recruits. That doesn't mean that Moore can't craft a persuasive argument. If Fahrenheit 11/9, a spiritual sequel to his Palme D'Or winning George W. Bush documentary, Fahrenheit 9/11, is any indication, his voice is just as clear and distinct as it's ever been. But in the social media era, is it as relevant? 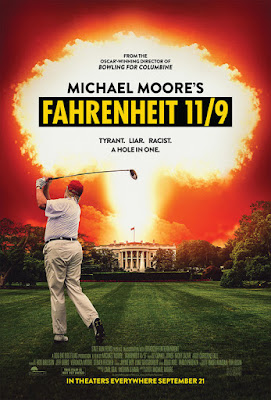 The answer is yes and no. If anything, Fahrenheit 11/9 is a slickly effective and often emotionally gripping film that casts a withering eye on President Donald Trump and the America that he has crafted in his image. Moore's unique brand of agitprop is often more emotionally satisfying than it is intellectually stimulating, so stunts like using a fire hose to spray lead-poisoned Flint water into Michigan governor Rick Snyder's front yard often land hollow. Yet Moore is at his very best when examining the water crisis in his home town of Flint, Michigan. Rather than making it about himself, as is his tendency, Moore allows the current citizens of Flint to speak out against the poisoning of their children that has been met with indifference at best and intentional malice at worst from the highest levels of government.

The Flint sequence may seem like a detour in a film that is meant to take aim at Donald Trump, and yet Moore uses it as an example of America's increasing apathy toward communities of color and the rise of white nationalism. This is where Moore is most comfortable, advocating for marginalized communities and shining a light on overlooked problems. When he's lampooning Trump, the results are often amusing but they don't have the same bite. Trump is an easy figure to make fun of, but there's nothing here we haven't seen on late night talk shows before. When Moore is making parallels between the rise of Hitler and the election of Donald Trump, or accusing Obama of helping pave the way for Trump, or railing against the DNC for rigging the election against Bernie Sanders, it almost feels as if Moore is taking a "kitchen sink" approach to documentary filmmaking, throwing out everything he's got and seeing what sticks.

The Hitler parallels are appropriately chilling but lack the bite of the film's earlier examinations of specific issues. In one sequence following the student activists from Stoneman Douglas High School in Parkland, Florida, a businessman calls the police on the young protestors. When the 911 operator asks if they have weapons the man replies "Michael Moore is with them." That's where Fahrenheit 11/9 really succeeds, when Moore weaponizes his camera as a voice for the oppressed, whether it's in Flint or at teacher rallies in West Virginia or marches of young student activists protesting gun violence. Few filmmakers can channel righteous umbrage into effectively provocative cinema quite like Michael Moore, and yet few filmmakers have such a frustrating penchant for getting in the way of their own message.

The result is a film is frightening, disheartening, rousing, inspiring, and scattershot in equal measure. At a time when the likes of John Oliver (HBO), Samantha Bee (TBS), and Trevor Noah (Comedy Central) have taken up the mantle of liberal satire-cum-advocacy through their acclaimed television shows, Moore's jocular brand of propaganda feels a bit outdated. Why, for instance, did he wait to expose proof of a systematic cover-up of lead levels in children in Flint for the release of his film, rather than through the immediacy of a TV show? Still, while he may strictly be preaching to the anti-Trump choir, it's clear that he still has a fire in his belly for the unheard and the marginalized. Fahrenheit 11/9 may not succeed as an anti-Trump screed, but as a battering ram for justice it certainly hits home.