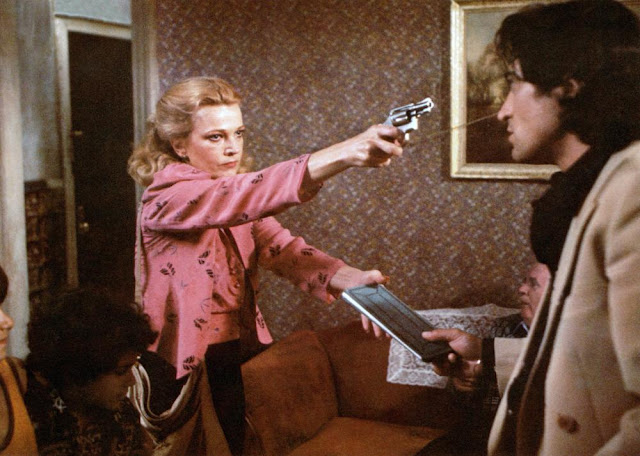 John Cassavetes is best known for small-budgeted, intimately-scaled independent films, not for mainstream gangster pictures. But in 1980, Cassavetes needed funding for his next project, Love Streams (1984), so he wrote the script for the film that would eventually become Gloria, a piece he considered to be pure pulp trash, as a quick moneymaker to raise some money for the movie he really wanted to make.

But as fate would have it, not only would Cassavetes' wife, Gena Rowlands, end up in the title role after Barbra Streisand turned it down, Cassavetes himself would end up in the director's chair, now fully responsible for a project he had no faith in. To him, it was the very definition of Hollywood prostitution, slumming it with cheap crime picture for the masses in order to make the art he really wanted to make. 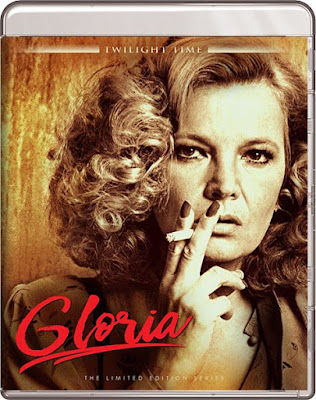 Legendary film critic Pauline Kael once wrote, "movies are so rarely great art, that if we cannot appreciate great trash, we have very little reason to be interested in them." Thanks to Gloria, Cassavetes made both great art and great trash, turning in a film that would prove to be his most mainstream work and is biggest box office success, going to to earn an Academy Award nomination for Best Actress for Rowlands. It was as if Cassavetes couldn't help but make a great movie, taking the pulpy script and spinning it into cinematic gold.

Much of the credit must be given to Rowlands, whose eponymous Gloria Swenson (after Gloria Swanson) is a streetwise assassin who could give Dirty Harry a run for his money ("Come on, come on, I’d love it — don’t hang back!" she taunts as she brandishes her gun at a gang of thugs). Except she isn't trying to clean up the streets or solve a crime, she's simply trying to protect a little boy. As a former mobster herself, Gloria is recruited by friends to take care of their son, knowing that the mob is about to come calling. With the boy, Phil (the adorably precocious John Adames) and his father's little black book in tow, she goes on the run, shooting down anyone who gets in their way. Gloria, we discover, hates children. Phil isn't too fond of her either, and can't quite understand why she won't just take him home.  But by the time their journey, the two have become the only family each other has, and Gloria will do anything, even lay down her own life, to keep him safe.

It's a story filled with cliché, and Cassavetes knew it. But he handled it with such sincerity and grace that it's almost impossible to believe that he had no real affection for it. Cassavetes' trademark focus on character takes center stage. We spend very little time with the mobster villains, instead focusing on Gloria's budding relationship with her young charge, charting the boy's growth from loud-mouth punk kid who believes he is a grown man to vulnerable child who knows he needs a guardian to keep him safe. Gloria takes a typical potboiler plot and turns it into something with gravity and weight, Gloria and Phil's journey becoming a kind of gritty fairy tale about unlikely friendship and creating families where none exist. There are times it almost feels operatic, with Gloria cast as an avenging angel with all the ferocity of a mother bear protecting her cub.

Cassavetes may have thought Gloria was nothing more than commercial trash, but what he did instead was take trash and turn it into art, with Rowlands turning in one of her very best performances, every bit as tough and formidable as anything Clint Eastwood, John Wayne, or Charles Bronson ever did. Not only did it go on to fund Cassavetes' passion project, Love Streams (once again starring Rowlands), it also gave us a heroine for the ages, at long last resurrected on Twilight Time's stunning new Blu-Ray.