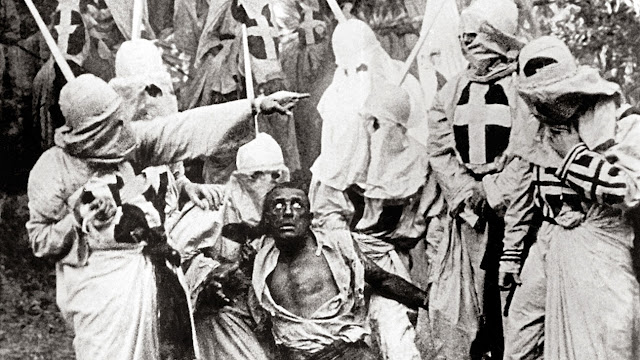 What to do with the troublesome legacy of D.W. Griffith’s The Birth of a Nation?

It is by any measure a virulently racist film. It has always been an uncomfortable film to watch, but it has been made even more so in the Trump era, with its celebration of lynching and voter intimidation, and imagery of a heroic Ku Klux Klan riding in to save innocent white folk from savage black ruffians. Here, simmering white resentment for the glorious lost cause of the Confederacy takes center stage, bringing the current resurgence of white nationalism into sharper focus. It was a phenomenon in its time, but even then not without controversy. It was rightfully protested by the NAACP, a reaction that so blindsided Griffith that he made his next film, Intolerance, as a sort of defense. And yet, Griffith's complete surprise that anyone would have been offended by Birth of a Nation is telling. It is a film where black people are seen as inhuman monsters at worst, uppity social climbers who don’t know their place at best, with scheming mulattos and shiftless black soldiers bent on revenge against the white man being the norm. Griffith went to to qualify the content with an intertitle claiming that it “represents no race of today” as if that somehow excused its racism. It’s the same excuse used by racists today, who insist they don’t hate black people, they’re just stating “facts.” 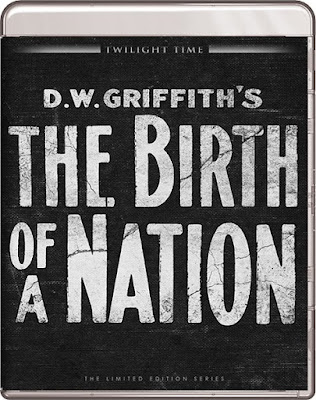 Intolerance has taken Birth’s place on most Greatest Films of All Time lists, but it’s impossible to ignore that fact that Birth came first. Intolerance is an undeniably great film, but Birth of a Nation was the real groundbreaker, and we ignore that at our own peril. It’s certainly easier to point to Intolerance as the true masterwork, but doing so is almost a cop-out so as to avoid discussion of its infinitely more problematic and controversial predecessor. Yet Birth of a Nation is a film that deserves, no demands, to be acknowledged, if for no other reason than to come to terms with the racist history it represents.

Birth of a Nation is undoubtedly a great film. It is an artistic and technical triumph that created the template for almost every action film since, and its influence is still felt today. Its heart-pounding cross-cutting between three different locations and events for its astonishing climax was groundbreaking in its day, and manages to tell a streamlined story without confusing the audience by switching locations mid-scene. Just look at The Lord of the Rings and Star Wars for an example - their climaxes rely on techniques pioneered by Griffith over 100 years ago.

And yet, Griffith’s powerful artistry was in service of something truly vile, not unlike the powerful imagery of Leni Riefenstahl, who used her undeniable talent to further the Nazi cause. Not all art serves the common good. Great art can be, at its core, evil. Therein lies the problem with The Birth of a Nation. It is an artistically daring, beautifully crafted, evil film. So where does that leave us as a modern audience?

Do we relegate it to the dustbin of history, ignored and forgotten despite its undeniable historical significance? Or do we resurrect it so we can understand it for what it is? I think it belongs in a museum (figuratively speaking), much like the confederate monuments it now recalls, where it can be learned from in a proper academic setting. Its craft and artistry are impeccable, but it remains one of the most ideologically reprehensible films ever made. That complicated legacy makes The Birth of a Nation a difficult one to discuss, because it represents the dehumanization of an entire race. But to ignore it is to ignore the problematic roots of not only our cinematic history, but of America itself. It says a lot about where we come from, and how we got where we are today. To watch the film in 2018 is to be forced to grapple with our racist past, and the origins of an art form and a nation built on exploitation and subjugation of people of color. It is a legacy that must be acknowledged, for without an understanding of that history we can never truly atone and move forward. To forget is to ignore the pain and suffering of millions, and the roots of systemic racism that persists today.

But why release it on Blu-Ray now, at a time when such attitudes are returning to the mainstream? Is it not like unearthing and celebrating a Confederate monument? Yes and no. Given its proper context, The Birth of a Nation is a chilling reminder of the power of propaganda, and a warning of the dangers of festering white resentment. It explains so much about our current society, and perhaps unwittingly, offers a roadmap to combat it. To the privileged, equality can feel like oppression, and while Griffith may have felt quite differently, his film lays bare the ugliness of white nationalism even as it strives to do the opposite. It is a film of fearsome power, a work of art that is directly responsible for the resurgence of the KKK in its time. It is a film with blood on its hands, a work of great and terrible beauty that has never looked better than it does in this 100th anniversary restoration by Patrick Stanbury and Kevin Brownlow.

Tread lightly in revisiting this film. Twilight Time has done an exemplary job of placing the film in its proper historical context, and the disc is perhaps the finest the label has ever produced. Nevertheless, it conjures horrifying images that are especially difficult to stomach in the age of Trump. But we must understand its place in our history. We must study and appreciate its dark power. And we must not allow it to happen again.