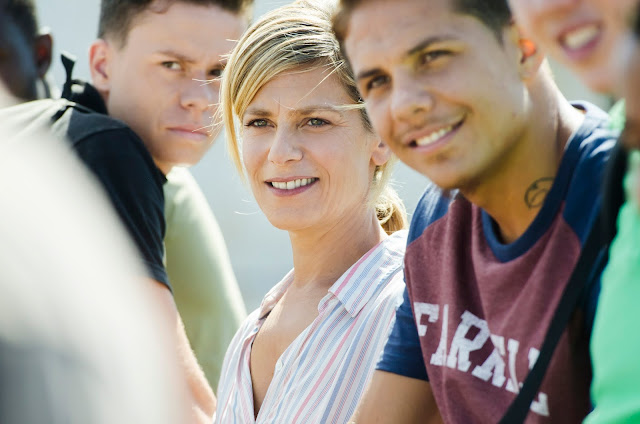 The topic of white radicalization and the rise of the far right has unfortunately become a major issue in a post-Brexit, post-Trump world. Europe has been suffering the consequences of white unease in the face of increased diversity and changing demographics for longer than America has, as previously majority white nations struggle with how to deal with an influx of immigrants and shifting viewpoints on civil rights.

It is into that witch's brew of simmering white resentment that Laurent Cantet (The Class) dives in his latest film, The Workshop. Here, a group of young people from varying backgrounds come together for a writing workshop with a famous author in La Ciotat, a former bustling port town in southern France. The author, Olivia (Marina Foïs), attempts to find common ground between her students by having them put their creatives minds together to create a unique work of art - the only stipulation is that it must take place in their hometown of La Ciotat. While most agree that the story must be a murder muster set in the shipyards, where aging dock workers are struggling with the loss of their union and their way of life, white local Antoine (Matthieu Lucci) is resistant. Why, he asks, should he care about a struggle with which he has no relation? 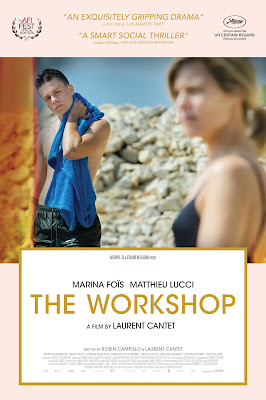 The writing sessions soon become fraught with tension and racial provocation, with Antoine demeaning the perspectives of others and hurling accusations at Muslim students of supporting terrorist acts. Soon, his anger threatens to boil over as he becomes strangely fixated on Olivia, harboring a love/hate relationship with her and her ideas that he can never quite articulate, and it isn't long before his confusion and suppressed rage becomes violent.

It's all a very tricky line for Cantet to walk, to explore the origins of white resentment without sympathizing with his protagonist. Like Olivia, Cantet seeks to understand without condoning, to probe without justifying. The takeaway here is that the kids are not all right. We may be in the midst of an inspiring student-led revolution against gun violence in the United States, but Cantet warns of a future divorced from our past. In the case of the French characters in The Workshop, angry young men with no real sense of history or belonging react violently to a changing world. They become radicalized by right-wing ideology that gives them a sense of community and purpose, the rigidity and order of fascism providing their lives with structure, uniting around the common enemy of multiculturalism.

It's fertile ground for cinematic drama, and the workshop scenes are indeed riveting, the ideas flying fast and furious, the resentments unearthed over French colonialism like a scab ripped of a raw wound. To his credit, Cantet does not attempt to solve the problem in the span of two hours, leaving us with more questions than he does answers. Antoine's surly sense of self-confidence belies a deep seated insecurity, and Cantet manages to empathize with his lack of direction in life without justifying his racism or xenophobia, nor does he ignore the perspectives of the black and Arab people in the group (or even the more progressive white kids). The film provides a fascinating microcosm of French society, uncovering old wounds and exploring the possibility of a more enlightened future. 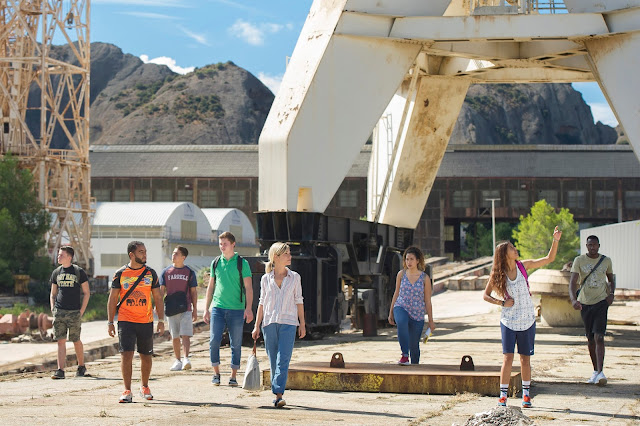 All this makes one wish that Cantet had come at this from a more distinct point of view. The Workshop tends to treat its audience like dispassionate observers rather than participants in an ongoing dialogue, and its ending feels like a bit of a cop-out, a kind of ambiguous question mark that feels like unsatisfying resolution to Antoine's arc that solves his sense of powerlessness a bit too easily.  Cantet uses video games to suggest a kind of distance between what kids see online and the real world, a violent fantasy with no consequences. Antoine plays video games but mostly rambles around in their worlds, much like he does in real life, aimlessly searching for a goal, a purpose which he may never find. It's as if Antoine is merely an observer of his own life, allowing right-wing viral videos to stoke his feelings of loneliness and angst. Perhaps that is what Cantet is getting at here, his roving camera like an impartial 3rd party observing the often electrifying workshop sessions.

There are just so many ideas at play here, many that connect and some that don't, but you have to admire the way in which Cantet works through so many issues on so many different levels. Even when the film's allegiances remain frustratingly opaque, one can't help but be enraptured by the dexterity of the dialogue and the metaphorical structure of the craft. It's the kind of film that continues to grow in retrospect, its shifting points of view revealing previously unseen layers and thematic depth. The Workshop is so frighteningly timely that it's easy to become lost in the details of the drama, trying to fit each piece into a contemporary political context. And yet Cantet manages to deliver a story that is as universal as it is specific, offering a chilling and ultimately hopeful portrait of a world looking for a common connection in all the wrong places, when the community and belonging they so desperately seek has been right in front of them the whole time.