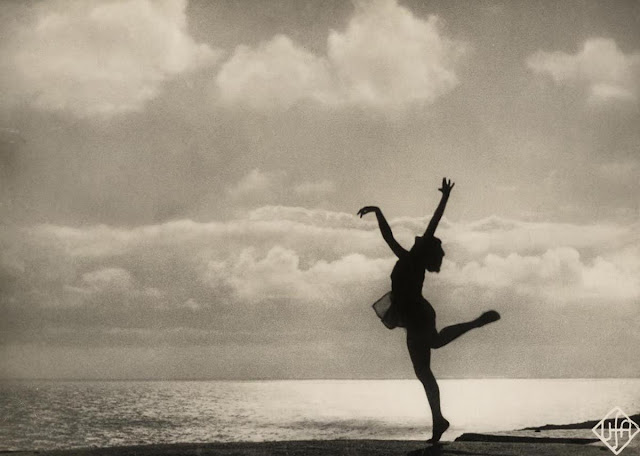 Before she became known as Adolf Hitler's favored filmmaker, Leni Riefenstahl began her career as an actress, making her screen debut in Arnold Fanck's 1926 silent drama, The Holy Mountain. While Fanck did not subscribe to the Nazi philosophy as wholeheartedly as Riefenstahl did, he did become a member of the party in 1940 under pressure (he initially resisted before Hitler came to power), making some cultural films for the Nazis before ending his career as a lumberjack after the war. 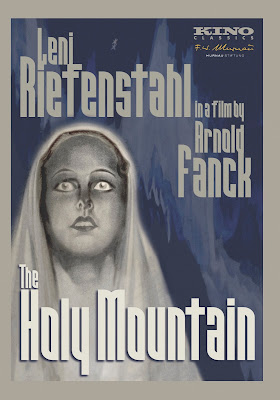 However, during the Weimar era, before Hitler's rise to power, Fanck made a series of films that established a popular German genre known as the "mountain film," beginning with The Holy Mountain. Fanck was an outdoor enthusiast and noted skier, and he brought a sense of awe and reverence for the Alps, going on to make several films set against a mountain backdrop, most notably The White Hell of Pitz Palau (1929) with G.W. Pabst. Fanck was notorious for his grueling shoots, with actors often suffering minor injuries in his push for authenticity by shooting on location in inhospitable terrain. While Pabst was seen as a moderating influence on Fanck, the results of Fanck's perfectionism are clear - The Holy Mountain is a breathtaking visual achievement. Fanck shoots the mountain like it's a character in the film, setting up a dazzling downhill ski race set piece that is made all the more thrilling by its authenticity (a fact the film explicitly highlights in the opening credits).

The plot isn't anything special - a ski racer love triangle with Riefenstahl at the center that never generates much heat. Riefenstahl turned out to be a much better filmmaker than she was an actress (which is a shame, considering how she chose to use that talent to advance the Nazis' racist ideology), and her histrionics in The Holy Mountain seem like a distraction from what is essentially a glorified nature film. One can't help but wonder, however, if Riefenstahl didn't learn some of her technique from Fanck, who employs a surprising amount of slow motion for the era, especially during Riefenstahl's flailing dance sequences. But where Riefenstahl was fascinated by the motion of the human body, Fanck was enthralled by the by the sweeping vistas of the Alps. The bodies are just decorations for the natural world, and Fanck's camera frames them against stunning mountain backdrops, even going so far as to follow them onto the mountain itself.

This all makes The Holy Mountain something of a strange animal. Its story is relatively weak, propped up by the sheer spectacle of Fanck's outdoor enthusiasm. And yet he conjures such an indelible atmosphere, accompanied by some truly impressive outdoor photography (made even more so in the new 2K restoration on the Kino Lorber Blu-Ray), that it is impossible to write the film off as just another silent melodrama. Fanck had a strong visual sense, one that would have a profound impact on Riefenstahl, who went on to become a more important figure in cinema history. But it all started here, both in terms of her career and in her style. Fanck kickstarted a genre and unwittingly helped give rise to a great and terrible talent, making The Holy Mountain a truly fascinating historical artifact indeed.