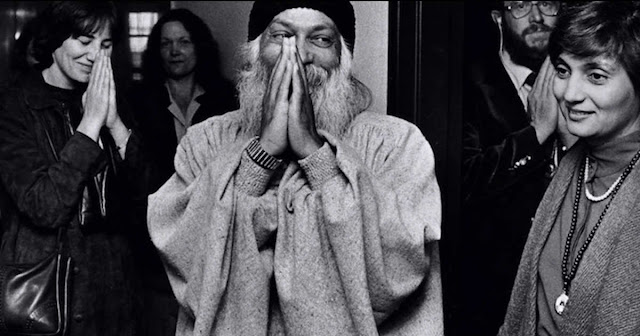 It's kind of surprising that a story this wild isn't more well known, but thanks to Maclain and Chapman Way's documentary Wild Wild Country, the strange tale of guru Bhagwan Shree Rajneesh and his followers is no longer forgotten history. The Rajneeshi cult, which established a town called Rajneeshpuram in rural Oregon, stacked local government elections to take over the tiny town of Antelope, and then attempted to do the same with the entire county, resulting in the largest mass poisoning in American history, bombings, attempted murder, and rampant marriage fraud, is a perfect example of how the truth can be stranger than fiction, and over the course of nearly 7 hours, the Ways slowly reveal the almost unfathomable extent of the Rajneeshis' influence and criminal activity. 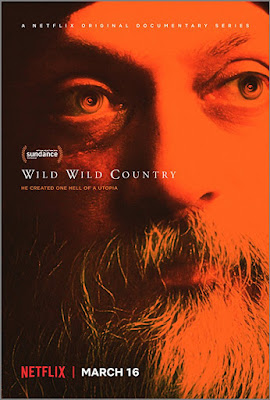 Led by Bhagwan's fiercely loyal personal secretary, Ma Anand Sheela, the Rajneeshis went so far as to bus thousands of homeless people from across the country to Rajneeshpuram in order to rig local elections in their favor, tampering with local water supplies and restaurants to spread salmonella against townspeople they viewed as their enemies. Wild Wild Country examines this outlandish tale of intrigue and betrayal from all sides, featuring extensive interviews with Sheela, citizens of Antelope, members of the cult (many of whom still stand by their beliefs), and the law enforcement agents tasked with bringing the operation down. It is a truly fascinating story, revealing a rarely seen portrait of America that feels jarringly contemporary, pitting conservative rural Oregonians against a mysterious sex cult, both of whom see their struggle as one of self-preservation.

Wild Wild Country is an outrageous tale of religious intolerance, racism, media sensationalism, and over-the-top provocation that seems to eerily presage and parallel our own contemporary political landscape. The major problem is that the filmmakers tend to focus on the more sensational elements of the story, and mostly ignore what the Rajneeshis really believed. The fact that most of the adherents to Bhagwan's brand of eastern mysticism were white and middle class smacks of wrong-headed cultural fetishization, but we know little about what he really stood for. He remains an enigmatic figure at the center of a wider cultural struggle without much in the way of context, but it sure does make a fascinating story. It deftly explores the line between good and evil through the perspectives of those who lived it, many of whom are still firmly entrenched in their own belief that they were, in fact, completely without blame.

The result is a deeply uncomfortable portrait of a polarized America that is as timely as it is disturbing. If only it had found time over the course of its 400 minute run time to take a closer look at the cause of the Rajneeshi radicalism rather than just the results, Wild Wild Country could have been a truly great story of American unrest. Yet even without that added depth, it remains a compelling and often shocking exploration at the effects of human intolerance and the results of a tribal mentality, one not only displayed by the actual cult, but by those who sought to stamp them out before they even became dangerous. Who really created this monster? That is perhaps the most chilling question at the center of the film, that this bizarre story might in fact be holding a mirror up to America itself, and what we see is something deeply unnerving.