I have seen a lot of films this year. And I mean a lot. Probably more so by this point in the year than I ever have. There has been a lot of great stuff (Lourdes), and some really bad stuff (Murder in Fashion). Some really good major releases (How to Train Your Dragon), and the usual studio junk (The Wolfman). 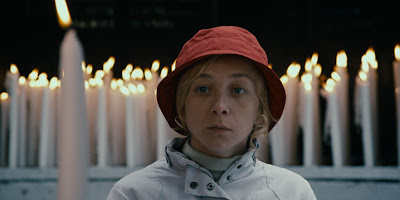 A scene from Jessica Hausner's LOURDES.
The good news for film buffs, is that most of the really good stuff hasn't even been released yet. So rejoice! 2010 has a lot to offer, you just don't know it yet. If I were to list the 5 best 2010 releases I have seen this far and included those that have not yet been released, but will be sometime later this year, my first quarter report would look radically different. But this is about what the quarter actually looks like in terms of releases. So here are the 5 best films 2010 has produced thus far:
I still for the life of me can't figure out why The Ghost Writer didn't open wider than it did. It's a first rate thriller with great mainstream potential, but for some reason Summit ghettoized it to a limited platform release and barely promoted it. One of my favorite films I've seen this year, Bahman Ghobadi's No One Knows About Persian Cats, opens next week, but sadly not in time to be included in this run down. There are also quite a few festival films, like Katalin Varga, Romania's answer to I Spit on Your Grave, or the wonderful Bulgarian film, The World is Big and Salvation Lurks Around the Corner (shortlisted, but shamefully not nominated, for Best Foreign Language Film at the Oscars this past year), that you will hear me talking about a lot in the future, if they ever get US distribution. 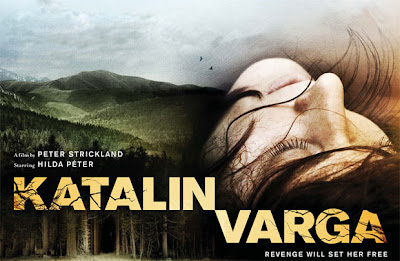 Then there's the other side of the coin. The worst films so far this year. And that's a much wider playing field.
But let's not dwell on those. The less said about them, the better. There are some goodies on the horizon for 2010, the deeply moving Finnish film, Letters to Father Jacob, festival favorite Best Worst Movie is finally coming to theaters after more than a year on the festival circuit, Alain Resnais' sublime tale of obsessive love, Wild Grass, the shocking Greek sensation, Dogtooth, which plays out like The Village as collaborated on by Michael Haneke and Lars von Trier, Alex Gibney's incendiary Casino Jack and the United States of Money, plus other unseen gems yet to be discovered. It's still too early to call of course, but right now, 2010 isn't looking too shabby.
Email Post

Sam Juliano said…
Matthew I'm definitely with you on LOURDES and BLUEBEARD as Top 5 entries. TERRIBLY HAPPY is one of the ones that contends for the other three spots for me, along with UN PROPHETE,---which I'm counting for 2010), VINCERE, HOW TO TRAIN YOUR DRAGON, SHUTTER ISLAND and FISH TANK, though I can't count out GHOST WRITER either.

I agree that WOLFMAN might be the worst! Ha!

On another note, I was very disappointed with the German film EVERYONE ELSE, which I saw last night at the IFC, but that's another story. I will be seeing the Australian THE SQUARE tonight, another critically-praised feature.
5:56 PM