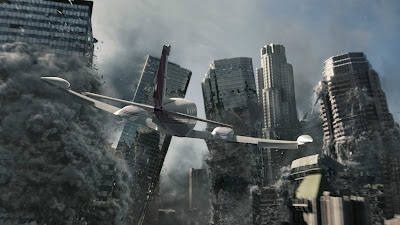 Repeat for 2 hours and 40 minutes. Then everyone dies. Except, of course, for our heroes, who once again have miraculously escaped certain doom.

The Film Doctor said…
Yes, that sums it up, although you left out scenes in which children cry and the little dog scrambles to safety.
7:09 PM