Stewart to Host the Oscars? 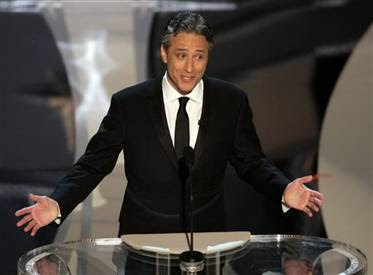 From the New York Times:

LOS ANGELES, Sept. 11 — The Academy Awards haven’t exactly turned into a yearly show with Jon Stewart. But Mr. Stewart, the political satirist and star of “The Daily Show,” is getting another shot at the Oscar podium.

The Academy of Motion Picture Arts and Sciences, which bestows the Oscars, is expected to bring back Mr. Stewart, who was host of the ceremony in 2006. An is scheduled for Wednesday, according to two people involved with the plan who spoke anonymously because they were not authorized to talk to the news media.

As much as I like Jon Stewart, I would actually rather see someone else up there more connected with the movie business - like Billy Crystal or Steve Martin. Or bring Ellen back. The Daily Show is one of my favorites, and while I enjoyed Stewart's Oscar hosting gig, it's not really his element.
Email Post