In the Valley of Elah 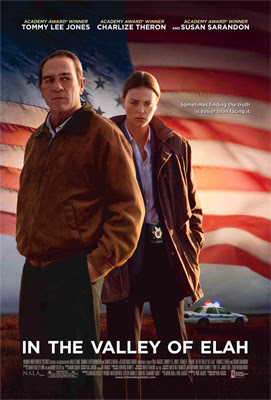 Paul Haggis' In the Valley of Elah is expanding to 317 theaters tomorrow. As one of this year's early Oscar front runners, it will be watched closely, but buzz is strong and the reviews have been good. It doesn't have the huge band of detractors that Crash had (especially after its shocking Oscar victory), but the anti-Haggis crowd is already throwing out some pot-shots sight-unseen. However, advanced word has said that Elah is a stronger film than Crash in almost every way.

Here is the trailer: