No More "Halloween" for Zombie 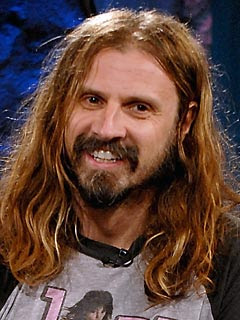 Candy corn's not the only thing giving Rob Zombie a sweet tooth these days. His remake of Halloween has spooked up more than $30 million, the biggest Labor Day weekend opening ever. And with his newly cemented two-picture contract with Dimension Films, one might assume that Zombie, who directed 1000 Corpses and its sequel, The Devil's Rejects, now considers horror his foolproof way to the top.

Not the case, it turns out. Though Dimension may try to terrorize Zombie into more of the Michael Myers franchise, the director has higher aspirations. ''I'm not going to do any more Halloween movies, or any more remakes of any kind. I signed up for two more pictures, but not two more Halloween pictures,'' he says. ''They're going to be original stuff — and I don't necessarily know that they're going to be related to the horror genre either.''

I would like to see Zombie direct something that has nothing to do with the horror genre. He's obviously talented (even if his Halloween falls apart after the first 40 minutes...his original material was quite good), I think it would be interesting to see him branch out and apply that to other things. It may not work, but it's always good to expand one's horizons.
Email Post