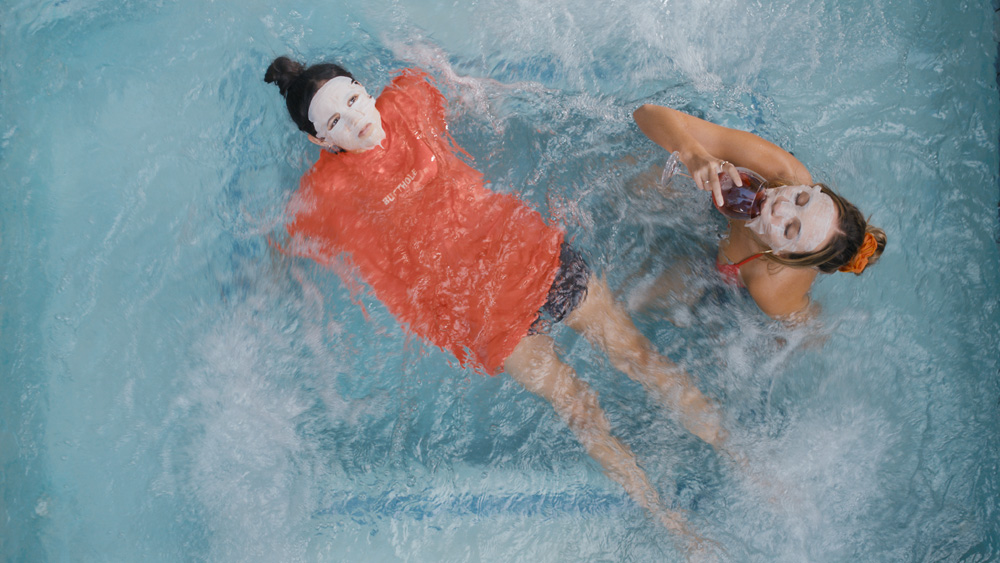 It's become almost cliche to refer to films about mass shootings as "timely," but with new ones happening in America seemingly every week (a routine we're sadly settling back into after a COVID-induced break in the violence), it seems these films will somehow always feel ripped from the headlines. To its credit, Megan Park's The Fallout is one of the few films I've seen about the aftermath of a traumatic event that really deals with the fact that people grieve in different ways - and that there's absolutely nothing wrong with it. Exploring the ways in which a teenage girl's life changes in the aftermath of a school shooting, The Fallout is naturally a tough watch - in equal turns raw, warm, bittersweet, and even funny. It really nails the rollercoaster emotions in the aftermath of tragedy - the PTSD, the sadness, the anger, and the ever-present nagging fear, Park navigates them  all with great wisdom and grace.

Jenna Ortega gives an incredible performance in the lead role - her character constantly trying to hide her grief beneath humor and ironic detachment, but the pain shows through the cracks, and it's a marvel to behold. What really struck me, though, is that the scattershot ways she tries to cope with the trauma - drugs, sex, humor, lethargy - are never judged. While others channel their grief into activism and judge her for not following that path, the film allows her space to grieve in her own way. It also acknowledges the lingering affects of trauma - hidden but always present, always ready to re-emerge through unexpected triggers. It's teen drama sheen belie a disarming emotional complexity. There have now been two mass shootings in America in the span of a few days since I saw this film, and I've returned to it several times in my mind - especially its haunting denouement that derails a seemingly happy ending with the idea that this is a problem that will continue in perpetuity, the wounds never fully healed. Never has a film so indelibly captured the  sheer primal terror of a school shooting, coupled with such a realistically uneven path of grief for its young protagonists. It lets kids be kids - volatile, irreverent,  finding love and even humor in the midst of the fallout - but it's that razor sharp exploration of the fickle messiness of trauma, told with such heart, that really makes the film standout. It will be a tough watch for many, and there will doubtless be more shootings before the film is finally released, but it's an essential, cathartic watch nevertheless. 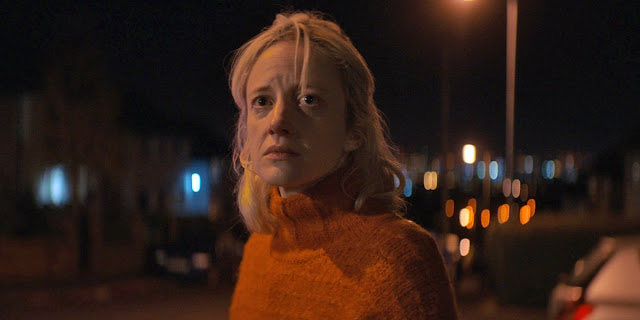 Andrea Riseborough delivers a stellar performance in the otherwise middling sort-of supernatural thriller, Here Before, that casts Riseborough as a grieving mother who comes to suspect that her next door neighbor's daughter is actually her own deceased child who passed away in a car accident years before. As she sinks deeper into paranoia, tensions rise at home with her exasperated husband and her terrified son, and as she grows ever closer to the little girl, her relationship with her neighbors begins to deteriorate, revealing damaging secrets that threaten to destroy them all.

The film is a little too clever for its own good, so the twists it telegraphs never quite land, but it's an eerie mood piece with a firecracker performance by Riseborough at the center. Riseborough is truly best in show here, and while Here Before goes through the routines of turning a mother's grief into horror, Riseborough's powder keg of suppressed anguish is something to behold. The film's screenplay cuts too many corners and hinges on too many contrivances, but under Stacey Gregg's elegant direction it manages to sustain itself through its melancholic atmosphere and Riseborough's wrenching performance. 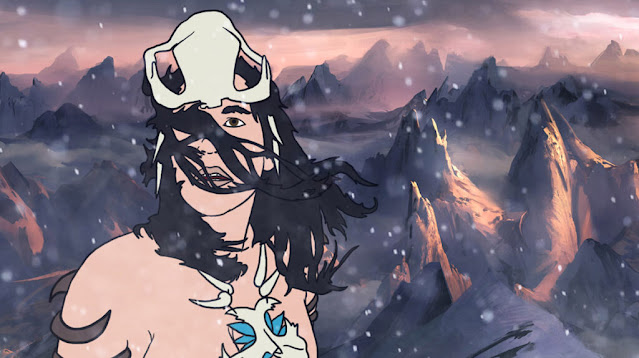 The Spine of Night is one of those love-it-or-hate-it films, a go-for-broke animated fantasy epic that swings for the fences with its bold ambition. It's also one of the biggest WTF films in years, featuring graphic, over-the-top violence, and explicit, almost constant nudity, coupled with an incredibly dense, time jumping plot about a primal world where rival clans vie for the power contained in a mysterious flower, The Spine of Night is, to put it mildly...a lot.

It's certainly a wild ride, often playing like an epic conceived by a bunch of high schoolers who were stoned out of their minds and were like "you know what would be EPIC!?" And, frankly, it kind of is in a weird way. The mythology is convoluted as hell but the craft is incredible. The rotoscoped, hand drawn animation is awesome to behold. There's just such a singularity of vision here that it's impossible to ignore, even though I'm not sure that makes it "good." It's certainly unique and deeply earnest - featuring sometimes sincere and sometimes oddball turns by Lucy Lawless, Richard E. Grant, and Patton Oswalt. The Spine of Night is almost like a teen boy's ultra violent fever dream come to life on a grand scale. It's beautiful, edgy, incomprehensible, and mesmerizing all at once - a singular achievement, if an oppressive one, consumed by the vastness of its vision but so full of complex lore than it will likely lose all but the most die-hard fantasy fans. Is it worth the journey? Absolutely. But beware, it's a test of endurance destined to be one of those "I was there moments," for better or for worse. 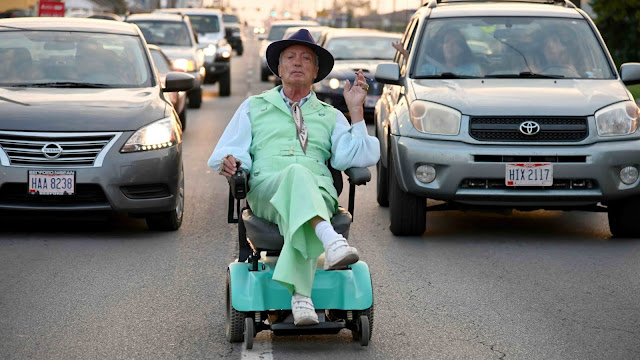 Based on a true story, Todd Stephens' Swan Song is a warm, big-hearted paean to gay elders and pioneers that casts Udo Kier as a flamboyant hairdresser who escapes from his nursing home for one final job - styling his one time favorite client for her funeral. Like a queer version of The Straight Story (ironic, I know), Kier wanders a landscape filled with ghosts - memories of the partner he lost to AIDS, ramshackle gay bars on the verge of gentrification, reliving his traumas and his glory days as the "Liberace of Sandusky" Ohio.

The film features a powerhouse performance by Kier, along with a strong supporting turn by Jennifer Coolidge as a one time rival, and pitch perfect needle drops of Robyn's "Dancing on My Own" and RuPaul's "Sissy that Walk." Swan Song is a gloriously, unashamedly queer film, a hilarious and bittersweet ode to gay pioneers who came before, and the modern queer landscape they helped create. It's a rare thing to see a film deal so directly with gay elders, and when they do, it tends to look at them when they were young. But Stephens gives this elderly diva the send off he deserves; a film filled with joy, heart, and hope, that finds life where there was once only despair. Swan Song is one of this year's best films to date, and the queer crowd pleaser we deserve.