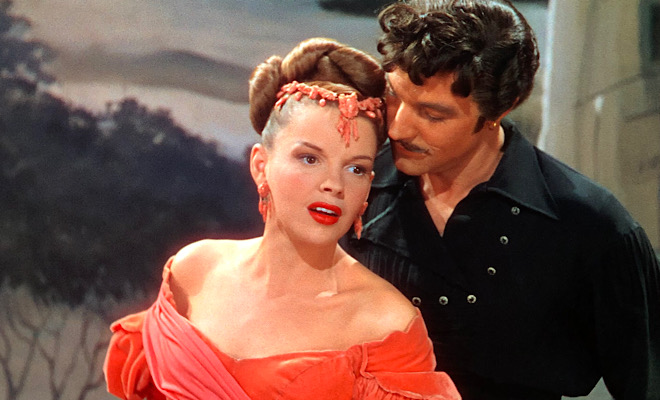 Oft overlooked in the oeuvres of both Judy Garland and Gene Kelly, Vincente Minnelli's The Pirate is perhaps one of the most unique musicals of its era. The film was  considered a major bomb at the time, losing over $2 million at the box office despite its bankable stars. And indeed, it features a considerably more convoluted plot than the average MGM musical extravaganza, switching back and forth between reality and fantasy with ease. Garland stars as Manuela, who is engaged to a wealth man she doesn't love, while fantasizing about marrying the pirate, Macoco. Kelly plays a traveling actor who fits the bill, and becomes Macoco's avatar in Garland's reveries, although the film purposefully doesn't do much to distinguish between what's real and what's not.

Perhaps that's why the film didn't go over well with audiences in 1948, because it's almost too smart for its own good. But its metatheatrical musical stylings border on the avant-garde under Minelli's nimble direction, and while the film certainly has some cringe-worthy sexual politics in hindsight, it's also a much better film than its reputation suggests - sending up swashbuckling epics with a wink and a splash of glorious Technicolor. This colorful Golden Age musical hasn't aged particularly well, and not just because of its cringe-worthy racial stereotypes and idealistic view of the antebellum South. There are some glorious moments here, to be sure, William Warfield's stirring rendition of "Ol' Man River" chief among them, but the film is poorly plotted between its lavish musical numbers. It all but buries a plot about a black showgirl  (played by the very white Ava Gardner) passing for white in sundown towns along the river where her romance with a white man is criminalized, and its central romance between the captain's daughter and a swarthy river gambler never really takes off.

It piles on the Technicolor spectacle, with each number feeling like a finale (at least until the actual, rather anti-climactic ending), making for an experience that feels bloated and over-stuffed, full of flash and visual pizazz but lacking any real stakes or sense of emotion. The same cannot be said, however, of the new Warner Archive Blu-Ray release, which is an absolutely stunning improvement over the old DVD release which came from a faded, damaged print. The new Blu-Ray is absolutely pristine, showcasing the dynamic colors present in Sidney's dazzling Golden Age musical. The film itself is still not great, but the gorgeous Blu-Ray transfer is enough to recommend taking a trip on this old show boat - it's a feast for the eyes and ears if nothing else. 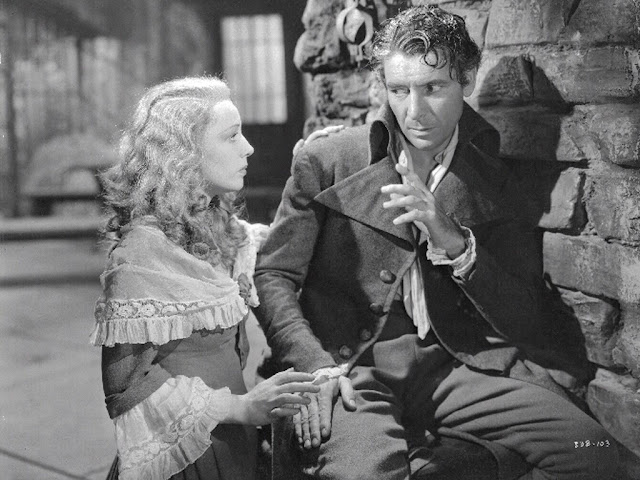 The Academy loved Charles Dickens adaptations during this time, nominating A Tale of Two Cities for two Oscars, including Best Picture and Best Film Editing, just a year after showering love on David Copperfield. And while Jack Conway's A Tale of Two Cities remains, perhaps, the most well regarded (along with 1938's A Christmas Carol starring Reginald Owen), it has an air of stuffiness so common in studio prestige pics. It's certainly a sumptuous production - Conway pulled out all the stops in his big budget recreation of the storming of the Bastille for his French Revolution drama, but the human drama feels staid and somewhat inert.

It's a spectacle at heart, about French aristocrat Charles Darnay (Donald Woods), who renounces his rank and heads to England to study, where he falls in love with Lucie Manette (Elizabeth Allan) who is also being courted by Sydney Carton (Ronald Colman). When Darnay is imprisoned by revolutionaries upon his return to France, Carton devises a plan to rescue him, even if it means going to the guillotine in his stead. Produced by David O. Selznick, A Tale of Two Cities is a grand melodrama, filled with big emotions and stirring set pieces, but it's also incredibly dry, which holds it back from standing alongside many other classic Hollywood spectacles of the day. The Blu-Ray transfer from Warner Archive is crisp and beautifully rendered (the storming of the Bastille remains an all time great set piece), but the film itself feels terribly dated.