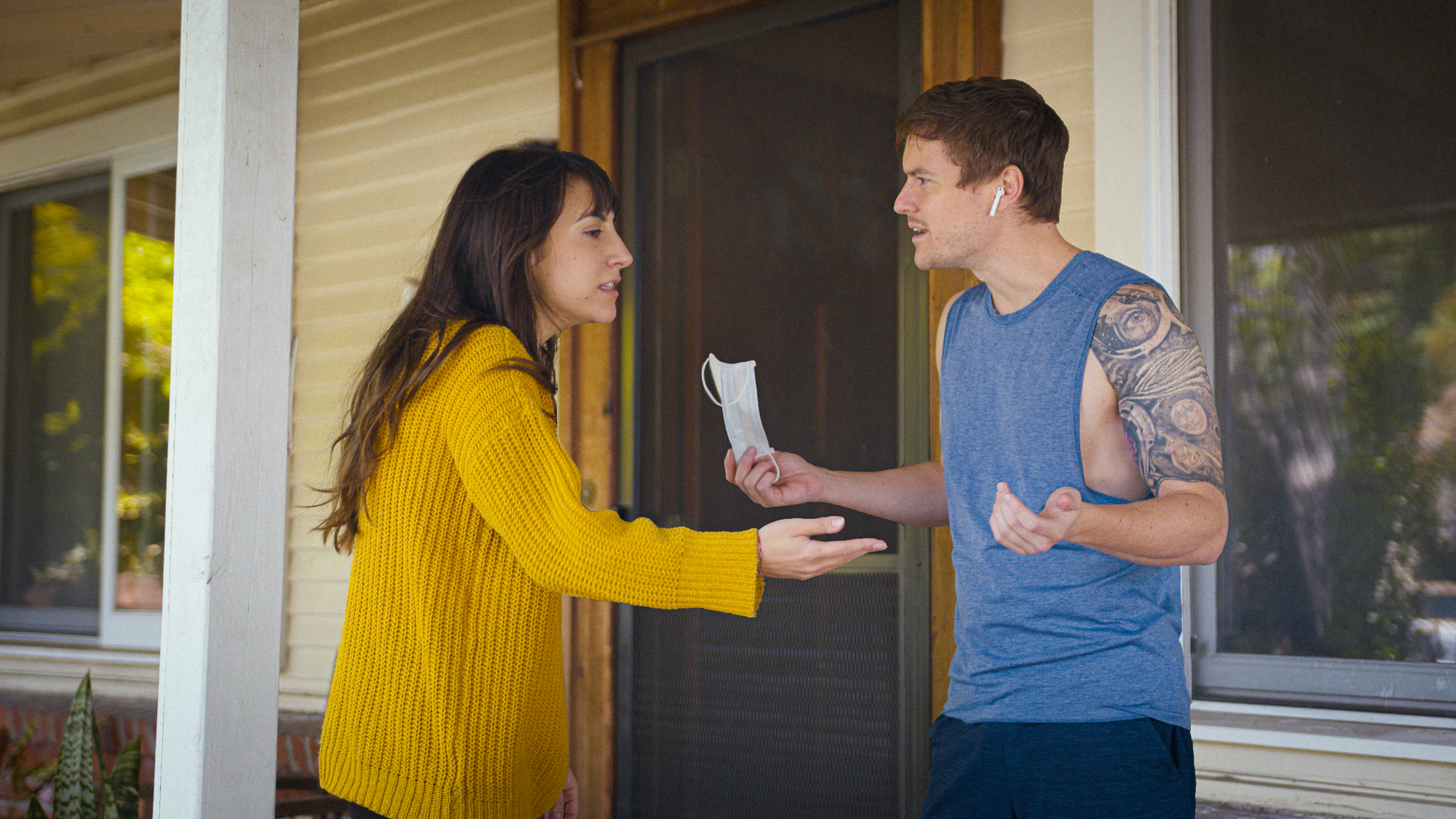 THE END OF US (Henry Loevner, Steven Kanter, USA)

The lockdown romantic comedy you didn't know you needed and definitely didn't ask for is better than it has any right to be. Starting out in March 2020, Nick (Ben Coleman) and Leah (Alison G. Vingiano) are coming to the end of a four year relationship, until the COVID lockdown scuttles Nick's plans to move out and forces the two to become roommates on the outs. Their relationship is tenuous at best for a few weeks, but they soon find a way to rekindle their friendship and make the most of things - that is until Leah starts Zoom dating which causes Nick to realize that he still has feelings for her, setting up yet another make or break conflict within the confines of their quarantine.

If that description made you roll your eyes, you're definitely not alone. The End of Us definitely feels "too soon" but benefits from the freshness of the memories of the early days of COVID. We're essentially locked down with the characters so they're thankfully not insufferable. Some real human moments here courtesy of a likable and capable cast that finds plenty of honest moments from all-too-familiar COVID angst. It's a unique breakup comedy whose beats mostly feel truthful and earned, never feeling forced or overly cutesy in its application of recent history, and ultimately leading to an unexpectedly wise exploration of relationships, and how even failed romances can help us grow as human beings. It's a laid back and agreeable romantic comedy that, like its characters, manages to make the best out of a terrible situation. One only hopes this doesn't become a trend. 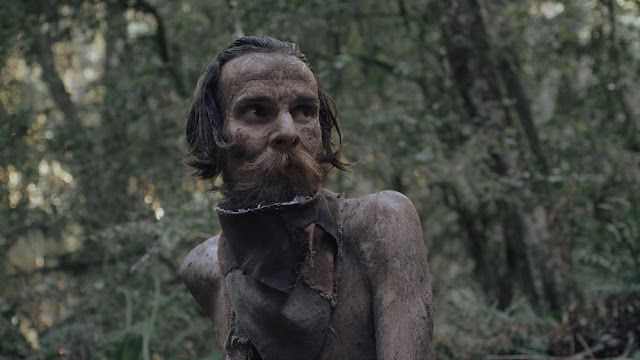 Mother Earth takes her revenge in this South African body horror film that plays out like The Happening by way of The Descent. Two park rangers head into a primordial forest planning to study the trees, and instead find a father and son living in a kind of primitive, post-apocalyptic state. At first they appear to be doomsday preppers living off the grid and away from the prying eyes of modern technology, but it soon becomes apparent that their elaborate traps are not meant for the rangers, and that a darker, more ancient evil lurks within the forest, one that is preparing to assert itself on a much larger scale and is merely waiting on the right vessel to carry it out into the world.

Featuring grotesque creature design that feels like something out of Hannibal, Gaia is a psychedelic eco-horror fantasia that works its way under your skin and stays there. It's a kind of environmental morality play writ larger, in which earth is essentially taking its revenge on humanity, but it keeps its focus small scale and intimate, mixing pagan and Biblical lore into something deeply unsettling. It often feels like the film Annihilation wanted to be but never quite was, an often abstract but less thematically nebulous film that seems to tremble with both awe and horror at the awesome power of nature, at once ancient, omnipresent, and all-powerful. Gaia is an unnerving yet beautifully filmed descent into madness, signaling director Jaco Bouwer is a thrilling new voice in modern horror, having crafted one of the most unique horror films to come along in quite some time. It's a primal and terrifying work of art. 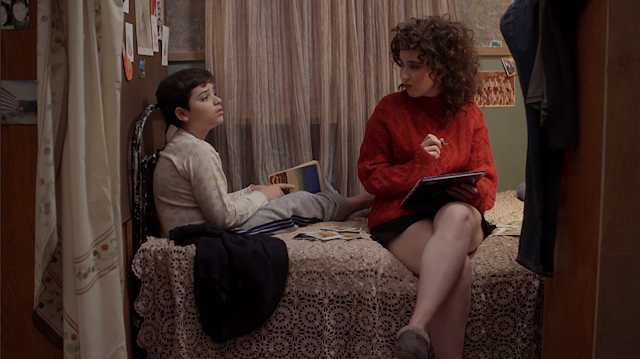 Based on director Wes Hurley's own experiences growing up gay in Russia during the fall of the Soviet Union, Potato Dreams of America is a beguilingly idiosyncratic queer coming-of-age tale that may be a little rough around the edges, but it's so full of heart that it's difficult to resist. From his days as a young lad in Russia where he was bullied at school for being different, to his flight to America after his mother signs up to be a mail order bride, landing them in a conservative American home that's as oppressive as anything he experienced behind the Iron Curtain, Potato longed for a place where he could simply be himself. He finds religion as a young boy, and conjures up an effeminate Jesus as an imaginary best friend, and watches American movies every night, viewing America as a land of happy endings (and attractive men).

While his dreams of a better life in America don't exactly come true the way he imagined as a young, film-obsessed gay boy in Russia, but he finds acceptance in unusual and unexpected places. Troublingly, it begins with an anti-communist bent that feels a bit misplaced, but rhymes well with the eventual anti-gay sentiment he encounters in America. Just as Russia's problem wasn't communism itself, neither are the problems he encounters with Christianity representative of the entire faith - and his new puritanical step-father has one of the most satisfying arcs for a bigoted character I've seen in a while, even if the change seems a bit abrupt, and the meta ending mirrors Almodovar's Pain and Glory without the dramatic heft, but the film is such a singular and unusual vision that its odd pacing and oddball energy quickly become positives rather than negatives, as if Hurley simply decided to toss out the classical Hollywood rulebook and make a film that was true to him (the transition from the characters' lack of Russian accents in Russia to their conspicuous Russian accents in America, for example, is jarring - but makes thematic sense as it highlights their cultural alienation). It's just so full of joy - the joy of self-discovery, the joy of filmmaking, the joy of queerness itself, that it deftly overcomes its occasional tonal bumps to provide a warm and lasting impression. Potato Dreams of America is an utter delight. 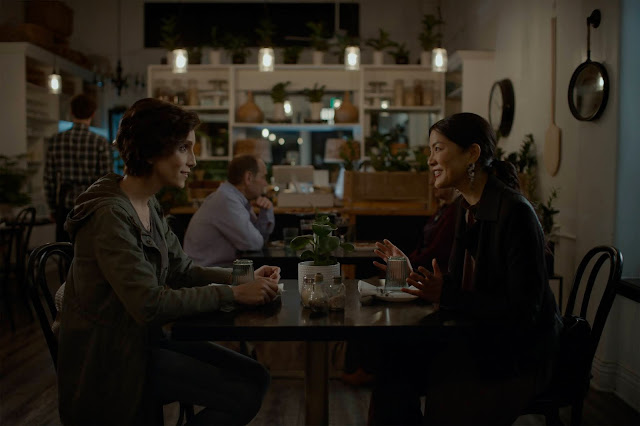 SEE YOU THEN (Mari Walker, USA)

Two exes agree to meet after nearly 13 years apart in an attempt to smooth over the past. Only one of them has since come out as transgender, a wrinkle that suddenly puts their incompatibility into sharper focus. Such is the premise of Mari Walker's See You Then, a haunting trans spin on Richard Linklater's BEFORE films, featuring the guileless sense of possibility of Before Sunrise coupled with the world weary sense of unexamined pain of Before Midnight.

What begins as an evening of warm reminiscence and understanding about why their relationship abruptly ended ultimately devolves into the two women peeling a scab off an old wound, as Walker beautifully explores femininity, trans womanhood, and motherhood through the eyes of her two broken characters - cisgender artist Naomi (Lynn Chen) living a life that transgender Kris (Pooya Mohseni) longs for, without appreciating it or understanding the unique hurdles Kris must face to get there. By its very nature, the film is talky and often meandering, but the emotional impact it builds to is shattering. Chen is remarkable (didn't realize how much I'd missed her since Saving Face almost 17 years ago) and relative newcomer Mohseni brings a quiet dignity to the film. See You Then deals with a lot in a short time frame, but it makes the most of it of its brief running time. The years of regret and loss shared by these two women is palpable, no longer romantically compatible but inexorably linked by their pasts, they offer a deep emotional well for Walker to explore what it means to be a trans woman in America, and how even the most routine relationships can have lasting effects. It's a lovely and perceptive debut film for Walker. 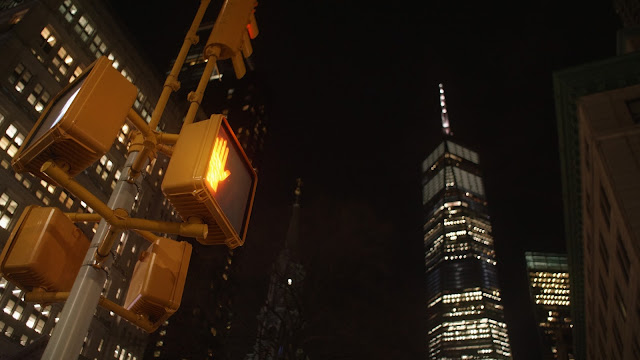 The tragedy of 9/11 has never really been examined through such a uniquely queer lens as it is in Adam Baran's documentary short, Trade Center, a haunting reverie on New York's hidden gay past as told by the men who once frequented the popular cruising spots that dotted the old World Trade Center campus. Trade Center paints an utterly enrapturing queer portrait of old New York now lost to time, forever changed by the surveillance state and the newly sanitized modern architecture of the Freedom Tower that now stands in place of the fallen Twin Towers. There's something wistful and bittersweet about the tales of anonymous sex that once took place in the bathrooms and secluded stairwells of the Trade Center, examining a once thriving underground queer culture that only exists in memory, wiped away by George Bush and Rudy Giuliani in the name of fighting terrorism and "cleaning up" the city. It may only be 9 minutes long - but it carries with a lifetime of memories - Trade Center is powerful, essential viewing.