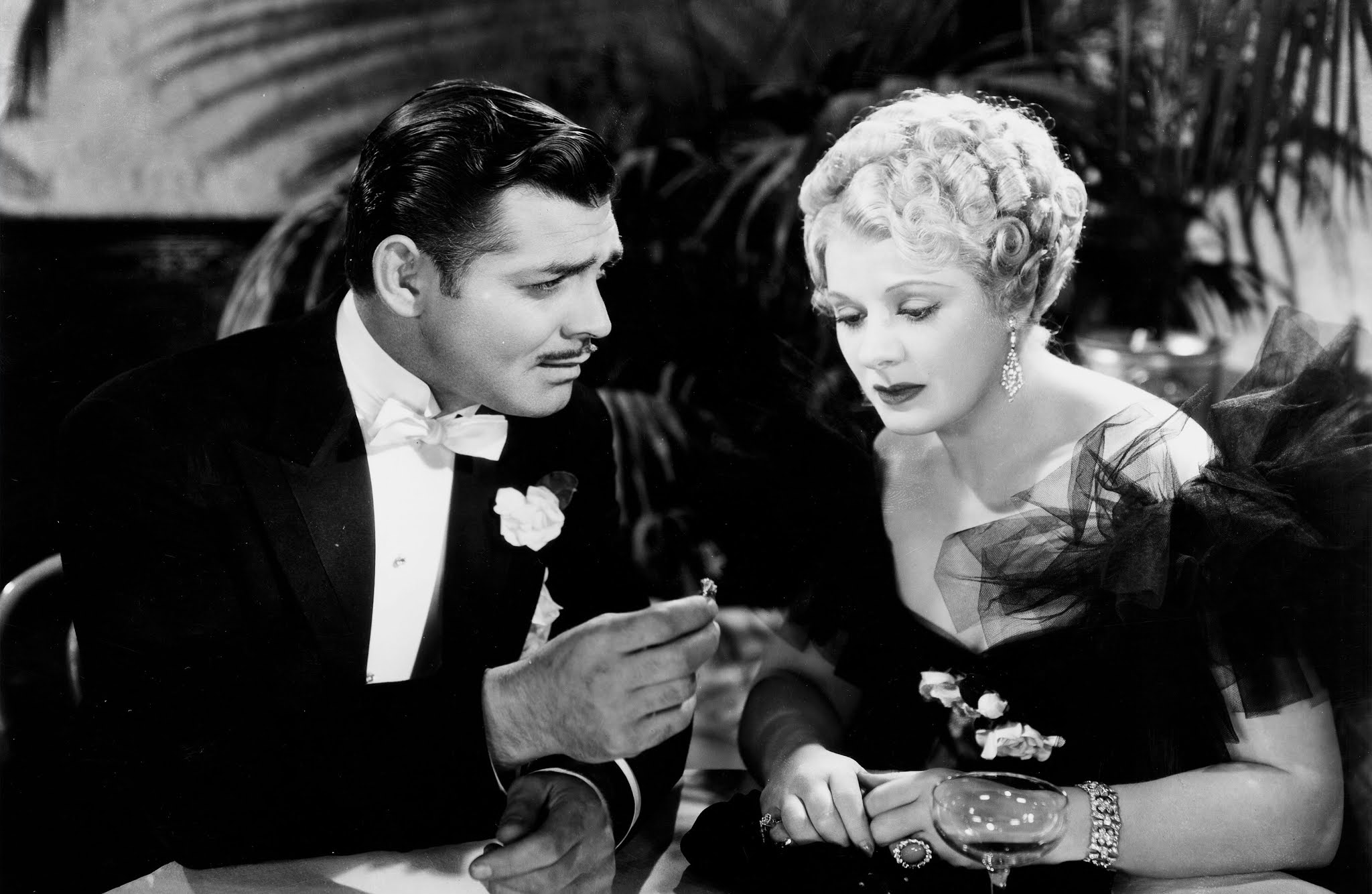 While there's an argument to be made that Airport and its imitators like The Poseidon Adventure and The Towering Inferno are the templates of the modern disaster film, you'd have to go all the way back to 1936 with W.S. Van Dyke's lavish MGM disaster spectacle, San Francisco to see the formula's cinematic origins. Setting a love story in front of the impending San Francisco earthquake of 1906, the film was such a runaway success that 20th Century Fox nearly lifted the storyline wholesale for In Old Chicago the very next ear, with both films getting nominated for Best Picture at the Academy Awards. 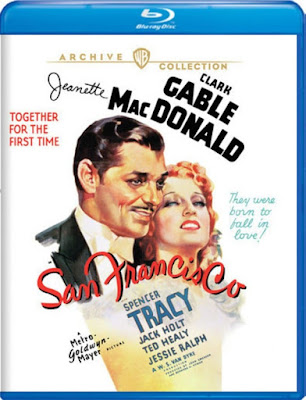 In all, San Francisco was nominated for six Oscars; Best Picture, Best Director, Best Supporting Actor (Spencer Tracy), Best Original Story, Best Assistant Director, and won the Oscar for Best Sound Recording. It's certainly a handsome production, with the dashing Clark Gable in the leading role as Blackie Norton, an unscrupulous nightclub owner vying for the affections of singer Mary Blake (Jeanette MacDonald) with a rival theatre producer. Tracy co-stars as Father Mullin, an old friend of Blackie's who is perhaps the only person who sees the good in him. The great San Francisco earthquake ultimately tears them apart and forces them together, but it doesn't happen until the last 15 minutes or so of the nearly two hour film, which means much of the runtime is spent with these characters' petty dramas, which would become the hallmark of so many disaster films that are long on build up and light on payoff. Thankfully, the earthquake and resulting fire are impressive achievements, even if the denouement feels rushed and overly saccharine, with lots of hymn-singing and a last minute religious conversion for the atheistic Blackie. It's the kind of tacked on bit of self-importance that often characterized lavish studio pictures of the early Production Code period, and it feels like the writers simply didn't know how to end the film and chose to do it as quickly as possible.

San Francisco feels like something of a relic now.  Gable's character is such an abusive cad (an element that received some pushback from the screenwriters after seeing how Van Dyke was directing the film) that it's difficult to become invested in the love story, and Gable reportedly hated his leading lady so much that he would often eat garlic before having to kiss her on camera, which explains their overall lack of chemistry. Gable was a born movie star, but it's pretty clear none of the actors were particularly invested (Gable is said to have only done the film because he was in debt to Louis B. Mayer after the studio head paid off one of his many mistresses). It's really only of interest now due to its influence on the disaster genre, combining turgid melodrama with the grand backdrop of a natural disaster. Mark this one as "for Oscar completists only."