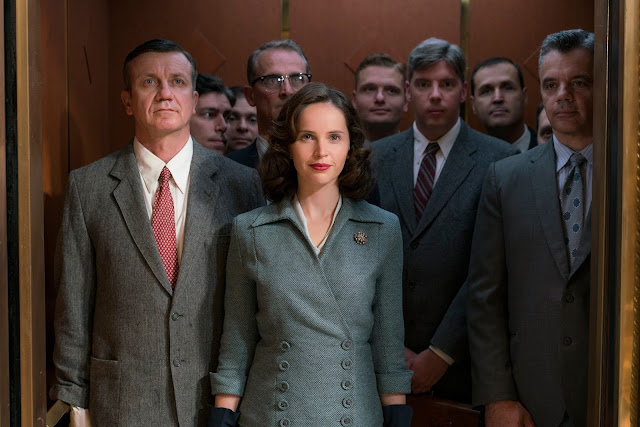 Supreme Court Justice Ruth Bader Ginsburg has become something of a celebrity in recent years. Her reputation as the dissenter on a mostly conservative country has resulted in an almost superhero-like status on the left. She was the focus of not one but two different films in 2018, including the Oscar-nominated documentary, RBG, as well as the biopic On the Basis of Sex, a pleasant but not particularly challenging look at her younger days as a female lawyer in a male-dominated world. 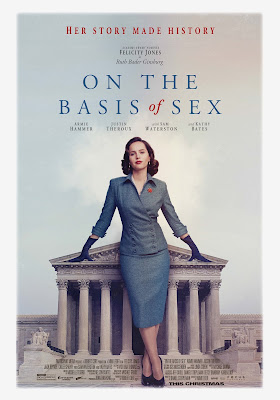 The film centers around Ginsburg's landmark gender discrimination case before the U.S. Court of Appeals in which she argued that a tax law that excluded a single man from a caretaker credit for looking after his ailing mother was unconstitutional. The ruling helped strike down generations of discriminatory laws that targeted women; by putting a man at the center of the case, Ginsburg brilliantly played against popular prejudices of the day to illustrate the damage caused by laws that discriminated on the basis of sex.

Structurally, On the Basis of Sex is a fairly standard courtroom drama with a mid-range prestige drama veneer. Felicity Jones and Armie Hammer are in fine form as Ruth and Marty Ginsburg, but the film breaks no ground and never really pushes itself beyond its comforting, hagiographic roots. Ginsburg is, without a doubt, a figure to be celebrated, and her achievement is one that has impacted the lives of generations of women, paving the way for greater equality under the law in the decades since. By focusing on this pivotal event in Ginsburg's career, director Mimi Leder is able to explore a side of her that those who only see her as the elderly Supreme Court Justice never got to see - young, prim, reserved, yet possessed of a fiery appetite for justice.

It is telling, however, that the film's most emotional moment comes in the late-breaking appearance by the Justice herself. On the Basis of Sex is a mildly engaging, competently made film. But it's also not a particularly exciting one. Much like The Theory of Everything and The Imitation Game, On the Basis of Sex plays it completely straight. The results are pleasant but often uninspired, an enjoyable history lesson that is as noble in intention as it is ultimately forgettable.