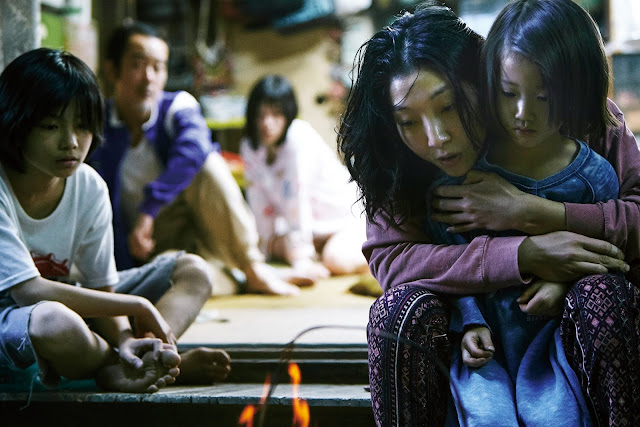 It's almost become cliché to compare the films of Hirokazu Kore-eda to those of the great Japanese filmmaker, Yasujiro Ozu. Ozu's family dramas have etched themselves into cinematic history, and any Japanese filmmaker since who has attempted to explore family dynamics has inevitably been compared to him, for better or worse. 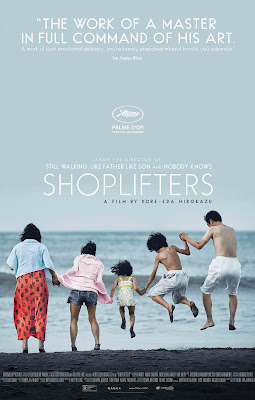 It is a comparison most frequently drawn with Hirokazu because his films so often deal with the idea of family and the ties that bind Still Walking, Like Father, Like Son). In his latest film, the Palme D'Or winning Shoplifters, however, Hirokazu is investigating a very different kind of family, taking the Ozu framework of intergenerational conflict and turning it on its head. Here, Hirokazu is not only investigating what it means to be a family, he's exploring some very dark territory about poverty and finding connections where none exist.

The film centers on a poor family who make their living by shoplifting. Everyone gets involved, from the grandmother down to the youngest child, distracting store employees while others pick up the items they need. On their way home one day, they discover a little girl on the street, cold and hungry. After taking her home, they soon discover that her home life is abusive, and decide to keep her, bringing her into their own family and recruiting her as a shoplifter to save her from her real family. Things get complicated for them, however, when the police come looking for the little girl, threatening to dissolve everything they've worked so hard to build.

That's where Shoplifters becomes really interesting; as the film moves on, Hirokazu slowly begins to peel back the layers, revealing the truth about the nature of this family. Why, for instance, the oldest son seems to have such trouble calling his father "dad," or why the grandmother is such a cold and imperious matriarch. This family is not at all what it appears to be, and Hirokazu plays his cards close to the vest until just the right moment. It is an exploration not only of family, but of cyclical poverty and its devastating human toll. Like the best of Ozu, Shoplifters zeroes in on the friction and misunderstanding between generations, but there's something much darker and deeper going on here than just parents who are unable to communicate with their children. It navigates tricky emotional territory with Hirokazu's trademark grace and a deep and abiding sense of humanity.

Family is what we make it, and in Shoplifters Hirokazu paints a heartbreaking portrait of a family like no other, built from scratch and forged by fire. It leaves an indelible impression, slowly building to an unforgettable emotional crescendo that is so expertly devised that we almost don't see it coming. Like Hirokazu's best work, it is quiet, hushed, and often unassuming, but lands with power of an earthquake.