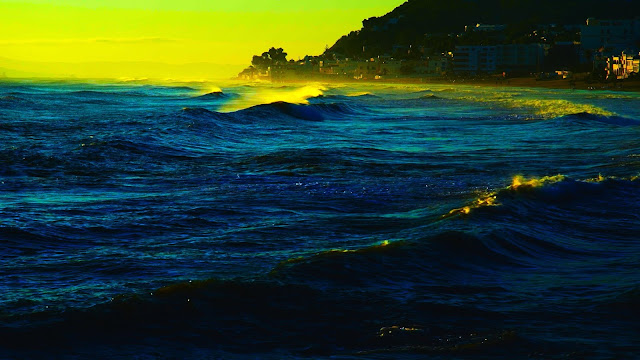 Jean-Luc Godard's The Image Book is at once perfectly at home with his other late-period collage films such as Film Socialisme and Goodbye to Language, and yet completely unlike anything the 88-year-old Nouvelle Vague iconoclast has ever made. It's part of the filmmaker's quest to investigate and reinvent the cinematic language, a life-long passion for Godard at least since 1967's Weekend, in which he infamously declared the "end of cinema." 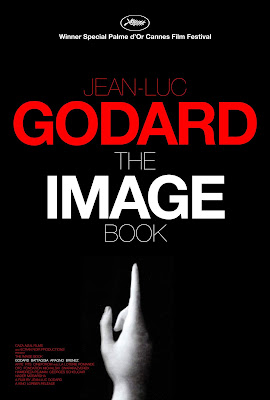 His last film, Goodbye to Language (2014), similarly tried to redefine the cinematic language, a brazen attempt to force viewers to reevaluate the very way we watch and engage with movies. There his medium was 3D, experimenting with the prevalent gimmick of the day to explore the multiple dimensions cinematic plane. In The Image Book  he moves in a different direction entirely. Now having re-written cinematic language, he seeks once again to make audiences redefine their preconceptions about the confines of the film frame and explore the dynamics of the moving images.

Through re-tooled images from cinema history (taken from such films as Luis Buñuel's Un Chien Andalou, Nicholas Ray's Johnny Guitar, Hitchcock's Vertigo, and Ridley Scott's Black Hawk Down) and an often shifting aspect ratio, Godard is quite literally making the audience look at these familiar images from alternate points of view. It's an effect created by the way Godard transfers films from VHS to his DV camcorder, as the camera attempts to adjust to the different aspect ratio, yet this digital "mistake" was purposefully left in.

In fact, The Image Book is filled with such "mistakes." From analog "snow" to layers of grain, to hyper-saturated color, choppy edits and fading sound, Godard has taken all the imperfections that come with both digital and analog technology and turned them into a kind of art of their own. Godard refers to film restorations as "botox," rejecting the cleaned up image for the grainy ravages of time. And indeed, these repurposed clips reflect their age - they are copies of copies of copies, fading and taking on new qualities with each new transfer. They have, in essence, become something new. 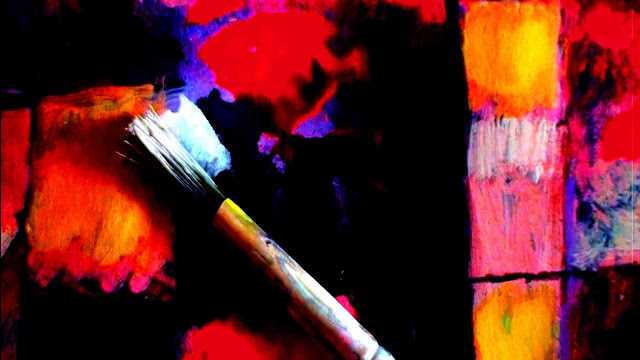 Yet perhaps Godard's boldest statement in The Image Book is his exploration of Middle Eastern cinema. The Image Book  somewhat controversially, incorporates ISIS propaganda videos - perhaps some of the most iconic images of evil of our time. Yet they are also some of the most iconic images to come out of the Muslim world in 21st century. This is how the west views the Middle East - these are the images that define Islam for many. It is with that in mind that Godard explores the films of the Middle East. We're no longer in the familiar territory of the western canon that Godard so deftly reconstructs in the film's first half. These are very much foreign images, even for many cinephiles. This being a late-period Godard film, don't come expecting any definitive philosophical statements (we're a long way from the pointed didacticism of his Marxist/Maoist period of the late 1960s and early 1970s), but one can't help but feel Godard asking us not only to reframe our point of view of the moving image, but of the Muslim world itself.

The value of these images, in fact the very nature of their beauty (or lack thereof) lies in our own perception of them. Godard gives us the tools to decode them, but intentionally leaves us without a guidebook. Through the various lenses he places in front of them, be they digital imperfections, analog glitches, or simply the fog of time, The Image Book asks us to look at the world around us in ways we've never before considered. It's all perhaps best summed up in its final moments, in which Godard, his voice raspy, his thoughts interrupted by fits of coughing, waxes philosophical about the the "necessary utopia" of cinema over scratchy, unrestored scenes from Max Ophül's Le plaisir, as if the same degradation of time devouring our cinematic history has finally caught up with the man himself. His compilation of scenes from his own work (Nortre musique, Forever Mozart) lends credence to the idea that Godard is not only putting the past behind him, he's reinventing it into something new, a vessel to recycle old ideas and carry them into the future as a new entity. It's an endlessly fascinating and somehow wistful work, a career summation by a legendary iconoclast who continues to reinvent himself well into his ninth decade of life, now looking back at a life's work and asking "what was it all for, and what can I do with it now?" The answer lies somewhere buried in the bleary fragments of images recorded from Godard's VHS player, a radical reinvention of cinematic language that will be studied and appreciated for decades to come.