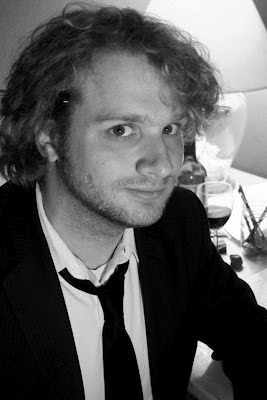 From the Front Row has welcomed several new writers in the past few months, but I am especially pleased to welcome my friend, C.A. "Weasel" Rubino to the crew. C.A. and I have been friends for a few years, and have been on stage together many times. We were even roommates for a while, so we know each other pretty well. Since he is almost as pretentious as I am, and shares a similarly warped sense of humor, he's a natural fit to write for From the Front Row.

C.A. is a freelance writer, actor, and crazy person who currently lives in Hollywood, California. For the past few years he has made a living writing for various online publications on a variety of subjects, none of which are interesting. C.A. is a huge fan of both cinema and being opinionated, so the jump to film critiques was a natural one.

Originally from the east coast, specifically not Florida, C.A. wandered out west on a whim one day and never looked back. When he isn't hammering away at a keyboard and arguing about movies, C.A. spends his time reading poetry, drinking wine, and avoiding going on auditions. He has also recently discovered the Twitter machine (@WeaselTea) and the world was never the same.
Email Post