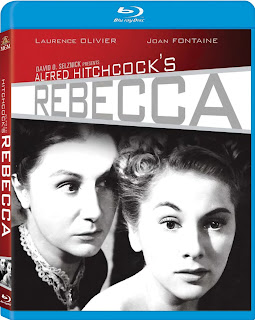 Fresh off a string of British successes, culminating with the most accomplished film of his early period, The Lady Vanishes (1938), followed by Jamaica Inn (1939), it was only natural that Hollywood would come calling for this English wunderkind. That call came in the form of mega-producer David O. Selznick, for whom Hitchcock made his first American film, Rebecca (1940), starring Laurence Olivier and Joan Fontaine.

Rebecca is an interesting entry in Hitchcock's canon. At once a gothic departure for the director and yet something uniquely Hitchcockian, Rebecca has the distinction of being the only Best Picture Oscar winner in Hitchcock's illustrious career. And it's easy to see why. Of all Hitchcock's films, Rebecca is the most clear "prestige picture." Adapted from Daphne Du Maurier's novel, the film is of Hitchcock's most lushly romantic works, but it's also one of his darkest and most atmospheric films. Hitch was known for his suspenseful thrillers and mysteries, and while Rebecca certainly contains those elements, there's something clearly different about this one. 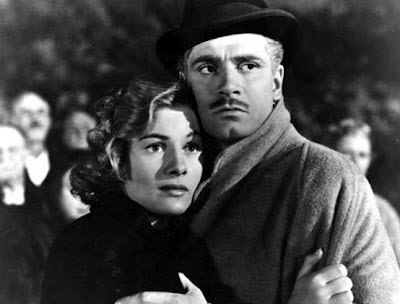 It may be due to the constant interference of Selznick, who was often regarded as an overbearing, meddling producer, and his films (such as Gone with the Wind, Dinner at Eight, and A Star is Born) always had an air of prestige and class. Rebecca is something of the perfect marriage of their two distinct styles, and despite the often contentious nature of their relationship, especially in the making of this film, the result is something truly spectacular. It's a haunting tale of a young bride (Fontaine) living in the shadow of her husband, Maxim de Winter's (Olivier) first wife, Rebecca, who died, tragically, at a young age. Her maid, Mrs. Danvers (Judith Anderson), remains devoted to Rebecca, and seems determined to undermine the new Mrs. de Winter by any means possible. But her greatest enemy seems to be Rebecca herself, whose reputation and lingering presence seem to overshadow her at every turn.

Rebecca is essentially a ghost story without a ghost, and Hitchcock directs it as such, like a supernatural thriller without any actual supernatural goings on. The filmed is steeped in eerie atmosphere and dread, reflecting both Mrs. de Winter's increasing paranoia and the dark circumstances surrounding her. The massive drawing rooms seem to engulf her, and Fontaine's intimidation is certainly palpable (most likely due to Olivier's widely known dislike of her, and Hitchcock's mischievous fanning of the flames). 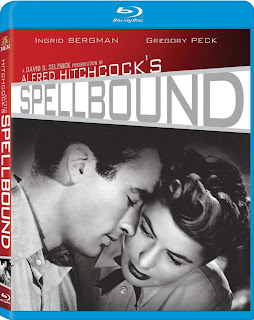 Hitchcock made several other successful American films, including Suspicion, Shadow of a Doubt, and Lifeboat, before turning to Spellbound in 1945. While Hitchcock persuaded Selznick to purchase the rights to it, it seems that their often stormy relationship had not really cooled.

Conceived as a whodunit steeped in the world of psychoanalysis, Spellbound starred Ingrid Bergman as a psychologist whose new colleague (Gregory Peck) may not be who he says he is. Together, the two of them set out to discover his true identity, only to discover that he may be responsible for a horrible crime that he doesn't remember committing.

Spellbound is a twisty thriller in the best Hitchcockian tradition, even if it may be a minor work in comparison to some of his more popular successes. Still, Spellbound is notable for two things - the dream sequence designed by artist Salvador Dali, and the memorable climactic shot, featuring a flash of red in the otherwise black and white film. 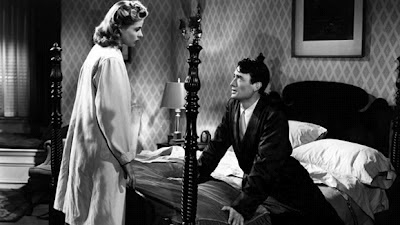 Hitchcock wanted Dali, who was on the vanguard of the surrealist movement (having collaborated with Luis Bunuel on the surrealist classic, Un Chien Andalou, in 1929) to create the sequence, which takes us inside Peck's troubled mind. But a combination of Selznick's displeasure and studio interference caused the scene to be cut and reworked until it was almost unrecognizable, leaving us with the truncated version we see now. It's still a terrific sequence (and includes a none-to-subtle reference to Un Chien Andalou's most famous shot), but it also feels restrained, and its obvious the powers that be didn't want it to veer too far into the avant-garde.

Still, Hitchcock's mastery of the medium is readily apparent here, even if the film itself almost feels like the product of too many cooks in the kitchen. This is the kind of thing Hitchcock excelled at, but he certainly did it better, and more memorably, in other films. 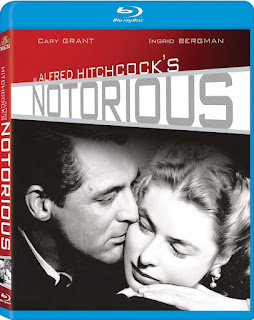 One such example would be his very next film, Notorious (1946). With Selznick distracted by his passion project, Duel in the Sun, starring his lover, Jennifer Jones, Hitchcock was able to make the film without his interference.

The result is a film more distinctly Hitchcockian, and perhaps the strongest of his early Hollywood films. Notorious combines  all the elements at which Hitchcock was so adept; intrigue, suspense, romance, Notorious has it all.

Ingrid Bergman returned, this time as the daughter of a convicted Nazi sympathizer in the days after WWII, who is recruited by an American intelligence officer (Cary Grant) to seduce a German operative (Claude Rains) living in South America. Bergman is great as a kind of fallen woman whose drinking and perceived loose ways make her, well, notorious Grant is magnetic as always as the agent who falls in love with her. 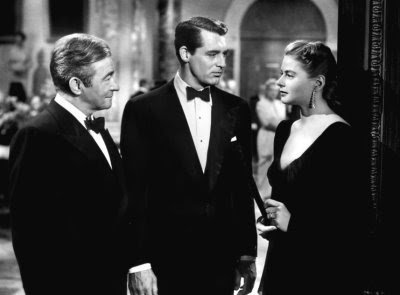 One of the film's great pleasures, however, is Claude Rains as the conflicted Alexander Sebastian, who falls for Bergman until he discovers her true identity. Their relationship, and Bergman's fantastic dual performance (as a woman living in a performance) provides for some great drama as well as some of Hitchcock's most intensely suspenseful sequences. It's Hitchcock at his clever best, building suspense with pinpoint precision and creating sympathy even for the most dastardly of characters. The duality of Bergman's character makes up the backbone of the film, and the star for her part turns in one of her finest performances. The sequence where Grant and Bergman discover Rains' secret in the wine cellar is textbook suspense, and it's easy to see why Hitchcock was the master at this kind of filmmaking. No one did it better, before or since, and Notorious is one of the finest showcases of his skills.

While the cover art of the three new blu-ray releases of these films may lack imagination and spark, the content is uniformly fantastic. Each film has been cleaned up and given superior high def transfers, and the extras are more than just the usual perfunctory trailers and still galleries. Each disc is packed with documentaries and commentaries featuring the likes of Peter Bogdanovich and even Hitchcock himself, as well as vintage radio adaptations of the films often featuring the original casts. There are also in depth looks at the relationship between Hitchcock and Selznick, which was just about as dramatic as the films themselves.

These three discs are veritable treasure troves for Hitchcock fans, and while Fox may have dropped the ball on their recent Woody Allen releases (which had no extras whatsoever), they came through with flying colors with their Hitchcock discs. Each one is a must-own not just for fans of the master's work, but for newcomers as well. They may not be as well known as his late period masterworks such as Rear Window, Vertigo, and Psycho, but they nevertheless showcase Hitchcock working at the peak of his considerable talents.