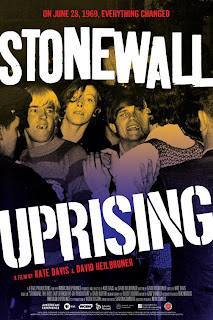 It's surprising how few people actually know about the Stonewall riots that took place on June 28, 1969, especially among young homosexuals. I'll admit that while I had heard of the Stonewall riots, I was woefully ignorant of what they were until I saw Kate Davis and David Heilbroner's excellent documentary, Stonewall Uprising.

The Stonewall riots marked the beginning of the gay rights movement as we know it today. The film is a veritable history lesson on homosexuality in the mid part of the 20th century, examining cultural attitudes and laws that made it illegal just to be homosexual. Police entrapment was commonplace, and raids on gay bars were business as usual, while propaganda films taught children of the time that homosexuals were sexual predators and should be avoided at all costs. Despite the sexual revolution and civil rights movement, it still was not a good time to be gay. 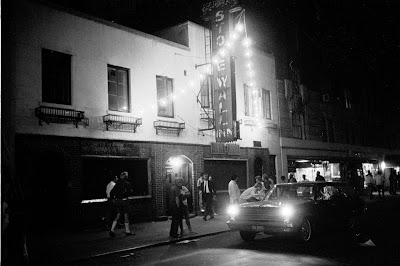 However, on June 28, 1969, all that began to change. Police raided the Stonewall Inn, a gay bar in New York's Greenwich Village. It was not an unusual occurrence, but on this night something changed. The patrons had had enough, and instead of scattering and trying to appear as if they were not engaging in homosexual activities, they fought back. Refusing to be arrested for merely being gay, the patrons took to the streets and started a riot that for the very first time announced "we're here, we're queer, and we're not going anywhere." The police were taken off guard, still viewing homosexuals and weak and effeminate, but the rioters held the police at bay, causing a disturbance that would last for three days.

As one man put it, "it was a Rosa Parks moment." This was the flashpoint for the modern gay rights movement, when gay people finally had their moment in the sun and the closet doors came bursting open. There is something poignantly heroic about the image of embattled drag queens standing up to a phalanx of shielded cops, refusing to go quietly into the night simply for being themselves. As the film states, this was not a riot so much as an uprising, a rebellion against injustice, a spark that ignited a flame that would eventually become the gay rights movement as we know it today. 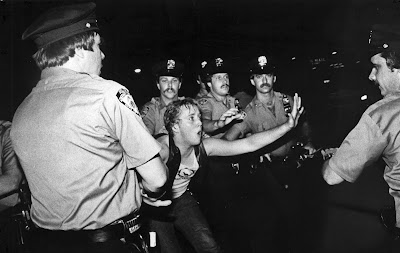 Very few actual pictures or video footage of the riots exist, but through interviews with actual rioters and patrons of the Stonewall, as well as the police officer who led the raid, Davis and Heilbroner paint a vivid picture of what it would have been like to be there that night. The sights, the sounds, even the smells seem to come alive through eye witness testimony, putting the audience square in the middle of the rebellion. It is fairly straightforward as documentaries go, but the story ultimately speaks for itself.

The filmmakers have no reason to overstate or embellish. This is powerful, moving stuff. Even the testimony from the now elderly policeman who led the raid carries a haunting poignancy. He acknowledges that the Stonewall patrons were indeed breaking the law, but wonders what kind of law that was anyway. Stonewall Uprising is an essential part of gay history, a missing piece of a puzzle of a cultural identity. It's not only a must-see for any young homosexual, it's a must-see for anyone. It shines a light on a struggle that continues to this day, and does so in a gripping , inspiring fashion.