Review: "Kings of the Evening" 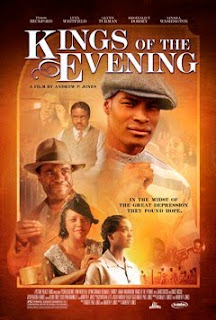 Every year, countless films open in small, limited releases across the country aimed at very specific audiences. Many of these films are soundly ignored by most critics, and with good reason. But sometimes good films fall through the cracks this way, the most recent example being Andy Griffith's charming 2009 comedy, Play the Game, whose regional release in mostly southern states was sadly overlooked.

Following a similar pattern of release is Andrew P. Jones' Kings of the Evening, a Depression-era period drama being aimed at predominantly African American audiences.

Based on a true story, the film centers around Homer Hobbs (Tyson Beckford), a convict being released after spending two years on a chain gang. With a new suit of clothes on his back and five dollars in his pocket, Homer heads home hoping to pick up where he left off. But upon his return, he finds that his mother has been kicked out of her house after not being able to pay rent, and town around him reeling from the effects of the Depression. 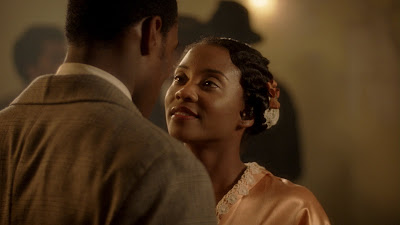 Unable to find his mother and out of work, Homer takes up at a rundown boarding house run by the fiercely independent Gracie (Lynn Whitfield), who runs a tight ship with her tenants. There's the emotionally wounded Lucy (Linara Washington), who struggles to keep a llow-paying job as a seamstress as past begins to catch up with her; Clarence (Glynn Turman), an awkward loner who just wants to be somebody in life, and Benny (Reginald T. Dorsey), a hustler who, like Homer, is looking for a new start in life.

This disparate band of tenants becomes like a new family for Homer. And while they must all navigate the tough waters of the Great Depression, trying to scrape by wherever possible, their one escape remains a hole in the wall dance hall, where every Sunday the man with the snazziest moves is crowned King of the Evening. The cash prize is five dollars, but more than that, the man wins the respect and admiration of himself and others, feeling that, even in a world of dire economic circumstances and darkness, he too can be a king, even if for just one evening. 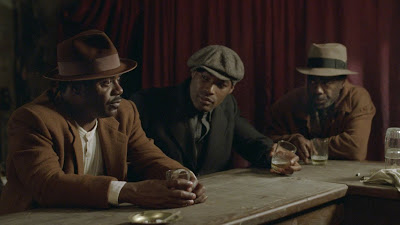 Kings of the Evening is the kind of saccharine, feel good crowd pleaser one would expect, but while it may be predictable, it holds a certain kind of cloying, southern fried charm. While it is strictly direct-to-DVD fare, there's something inherently likable about it despite its simplistic storyline and worldview. It's effortlessly likable despite its flaws, even if its cliched nature and bland direction hinders it in the long run.

Its plot choices are often shamelessly manipulative, but its cast is uniformly likable and easy to root for. It's heart is in the right place, but that can only go so far. It never quite overcomes its pandering nature, but it retains a certain innocence and naivete that is hard to resist. Still, naivete does not a great film make, and Kings of the Evening never quite overcomes its own flaws.