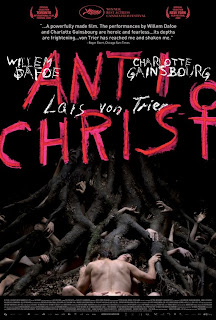 When Lars von Trier's Antichrist premiered at this year's Cannes Film Festival, it sparked such contentious and wildly divided reactions, that it turned otherwise intelligent critics and journalists into frothing animals, some even going so far as to call for outright censorship. It has been called "misogynistic," "sadistic," "grossly offensive," "a punch in the face of respectability," "an evil ode to the forces of Satan," and "the most horrific horror movie of all time." Christian "film critic" Ted Baehr said of the film: "If the world had standards, this movie would be Triple X and banned." I would be hard pressed to call Baehr a legitimate film critic, much less level-headed or thoughtful, but he's not alone in his extreme, almost irrational hatred for Antichrist.

These knee-jerk reactions are not becoming of professional film critics. It is one thing to dislike a film and reasonably lay out the reasons for doing so, but I don't remember ever seeing such a virulent outpouring of blind hatred for any film, especially to the extent of calling for it to be banned.


But Von Trier has always been one to court controversy. From accusations of misogyny to anti-Americanism, his films have always sharply divided both critics and audiences. But Antichrist makes the outcry over the supposed anti-American sentiments of his 2003 masterpiece, Dogville, look positively tame by comparison. To dismiss Antichrist outright is to miss the point completely. There are so many layers, so much symbolism and depth that there is a great discussion to be had here, for or against it.

Charlotte Gainsbourg as 'She' and Willem Dafoe as 'He' in ANTICHRIST directed by Lars von Trier. Courtesy of Trust Nordisk ApS. An IFC Films Release.

Von Trier made Antichrist as a sort of personal therapy, coming out of a deep depression after the less than warm reception of his 2006 comedy, The Boss of it All. Originally, it was supposed to be a horror film about a world created by Satan rather than God (a concept it retains more in spirit than in actual reality). But after the plot was leaked, Von Trier re-wrote the screenplay, centering it around a couple known only as He (Willem Dafoe), and She (Charlotte Gainsbourg), who retreat to a cabin in the woods in a place called Eden to recover from the death of their infant son, who toppled out of a window while they were in the middle of a passionate tryst. He is a psychiatrist who believes he can treat she better than the doctors at the hospital, who tell her that her grieving is abnormal. Determined to prove otherwise, he takes her to Eden for treatment. But his arrogant condescension and insistence that he knows best only exacerbates the situation, and soon strange occurrences begin to happen in the woods around the cabin. Nature has come alive and evil lurks in every corner, as the true nature of She's relationship with their son is revealed, and darkness begins to overtake Eden.

Antichrist is nothing if not a flawed film. But it is a great flawed masterpiece. It is a horror film, to be sure, but an art film first and foremost. The opening sequence, despite the horrific death of a child that it depicts, is one of the most breathtaking sequences of the year, filmed in gorgeous black and white by frequent Von Trier cinematographer Anthony Dod Mantle (Slumdog Millionaire), and set to Handel's "Lascia ch'io pianga" from Rinaldo. It sets the tone for the sharp juxtaposition of the hideous and the sublime, the sacred and the profane, to come. 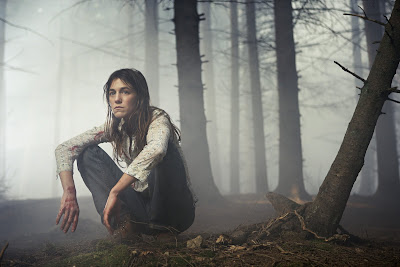 It is a film of moods, textures, and feelings, very much in the tradition of the early surrealists. There is a bit of Luis Buñuel and Salvador Dali's Un Chien Andalou present in some of the film's hauntingly disturbing imagery - a deer with its stillborn baby still dangling from its womb, dead animal corpses, and a talking fox (one of the film's more controversial elements). Buñuel once said in his essay, Mystery of Cinema:

In the hands of a free spirit the cinema is a magnificent and dangerous weapon. It is the superlative medium through which to express the world of thought, feeling, and instinct. The creative handling of film images is such that, among all means of human expression, its way of functioning is most reminiscent of the work of the mind during sleep. A film is like an involuntary imitation of a dream.

Antichrist is, above all, like something out of a nightmare. Logic and reason no longer apply. Von Trier said that he directed most of the film without enthusiasm, using it as an exercise to pull himself out of a deep depression, and to see if he still had it in him to make a film. As such, Antichrist is a wholly fascinating and impressionistic look into a tortured artist's psyche, and a master filmmaker's artistic process. It overcomes its flaws through sheer ambition. Even in its grotesque, highly sexualized (and symbolic) violence, Von Trier is creating something both repulsive and magnetic, a lyrical, frenzied waking dream that defies filmmaking convention at every turn to create something both breathtaking and repellent. It is a film that grabs you and shakes you to your very core, a work of great power and assurance. Even working at half-capacity, Von Trier still has the power to shock and awe. No other film this year has etched itself so deeply into my memory and haunted me quite like Antichrist.

Love him or hate him, Von Trier will not be ignored. The film almost seems to dare the audience to like it, while simultaneously daring us to hate it. It is a brutal, bruising experience, almost punishing the audience for even having the audacity to show up. It's as if Von Trier is determined to make us share in his pain. But there is no greater pleasure than great filmmaking. And as intense as Antichrist is, it is never anything less than an astonishing experience just watching a master at work. It is a film that cannot be dismissed. It demands our attention and our consideration, and cannot and will not be denied. To again quote Buñuel; "The cinema seems to have been invented to express the life of the subconscious, the roots of which penetrate poetry so deeply." If that is the case, then Antichrist is cinema in the purest sense, a kind of dark, sadomasochistic poetry that transcends words and easy descriptions. It may revel in its own chaos, but chaos has never been so profound.

Danny King said…
I am so excited to see this film. I don't think I will end up being one of those people who dismisses the film entirely, but rather I want to go into the film accepting it for what it is. Without even having seen the movie, I respect Von Trier's effort so much and I can't wait to see how it plays out for me.
8:41 PM

Nate said…
I was first intrigued by the posters and images, then super curious to see it after all the Cannes hatred-rage. Then you've talked so much about it that I've been impatiently waiting for your review, and at last!

Now with your unprejudiced assessment, I really can't wait to see it for myself and be disturbed and mesmerized and shake to my very core. I much prefer a movie that provokes such sentiments than dumb, insulting fare like Transformers.
12:52 AM

Anonymous said…
The five-minute Prologue sequence overwhelmed me with it's beauty. I wonder if my jaw actually dropped. I suspect so.
6:46 AM

Matthew Lucas said…
It's good to know my review was so anticipated! Haha

I hope I haven't hyped it too much, especially considering how divisive the reactions have been. Go in with an open mind and I hope you enjoy it!

And Anonymous, the prologue is indeed one of the most gorgeous things I've seen in a film in quite a while.
4:19 PM