"I Shot Jesse James" Streaming Free at The Auteurs

Samuel Fuller's directorial debut, I Shot Jesse James, is now available for free at The Auteurs. 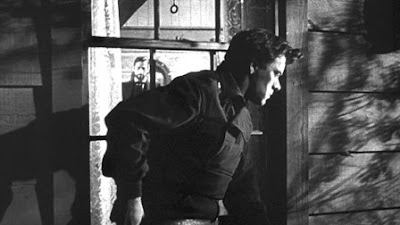 This is one of my favorite Westerns. Not only is it great fun, but its also surprisingly psychologically astute. It focuses more on the inner turmoil of Robert Ford, after he guns down his friend and partner, Jesse James, in exchange for a reward and judicial immunity. Unlike in Andrew Dominick's masterful The Assassination of Jesse James by the Coward Robert Ford, where Ford is motivated by jealousy and mistrust, this film mostly takes place after James' death, and examines the gnawing effects of guilt and fear over the public outcry that ensued.

The Auteurs is also showing several other debut films for free for a limited time, including Roman Polanski's Knife in the Water, Agnès Varda's La Pointe Courte, Jane Campion's Sweetie.

Check them out while you can!