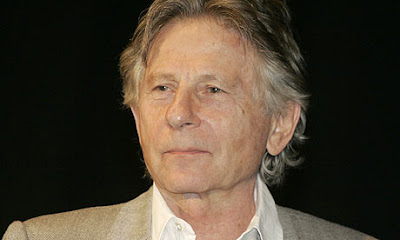 Samantha Geimer, who was 13 years old when Polanski gave her drugs and had sex with her, today asked a Los Angeles court to drop the charges against the Chinatown director. Polanski fled the US in 1978 after pleading guilty to illegal sex. He was arrested in Zurich last month and is fighting extradition to the US.

In a court filing today, Geimer said she has been besieged by nearly 500 calls from news media since Polanski's arrest. She lives in Hawaii and long ago publicly identified herself as the victim and forgave Polanski, but said she and her family have to contend with pressure when he is in the news. She said she is being stalked by journalists from international news organisations and has received interview requests from Oprah Winfrey and CNN's Larry King.

In the filing she asks the court to dismiss the case and ends with: "Leave her alone."

What now, Polanski haters? How can you still continue on this ridiculous crusade, in which there is no justice? If Geimer can move on and want the charges dropped, all the people who were not victimized should be able to as well. People are salivating to see Polanski in jail but they forget the most important part of this whole thing - the victim.

Anonymous said…
The American rabble calling for Polanski's head are stuck in a time warp dating back to the French Revolution. Their blood lust is exactly the same as those of the mobs who cheered on the reign of terror.
1:38 AM

Anonymous said…
Do we really want to send the message that it's OK to drug and rape a 13 year old as long as you evade capture for long enough we won't bother about it? It is absolutely her prerogative to personally forgive him, some victims of sexual abuse have to in order to be able to move on with their lives. The problems she is experiencing now are not due to a court case but relentless pursuit by the media. That's what needs to stop.
6:09 AM

Anonymous said…
One cannot divorce the media from the court case. The fact is if there was no publicity there would be no extradition. Also if the grand jury testimony were different there would be no extradition. Justice is brought into disrepute by this circus since it is the dropped charges on which Polanski is being judged and not the single charge of statutory rape which did not even warrant a prison sentence according to the probation report.
8:21 AM

Dwain Wilson said…
As someone who lives in lala land and deals with the self-important windbags that are celebrities on a semi-regular basis (after 20+ years in the biz), and as someone who has been a HUGE fan of Polanski's work, I have to say that it still comes down to a matter of justice.

The law is the law. He broke it. While he has suffered a life of tragedies the likes of which few on earth can imagine, that does not provide to him immunity from prosecution for visiting such tragedy on someone else's life. That the grown-up victim now no longer wishes pursue justice, has little to do with the fact that our society is based on collective laws that determine allowable behavior.

To permit Polanski to skate from this is just as bad of a mockery of justice as the trails of OJ and Robert Blake. That the current LA DA is probably trying to make his bones (and reclaim the damaged dignity of that office) on this case AND the fact that some elements of the media are having a field day with both (or rather "all") sides of this case is also separate from the true issue.

Our local columnist Steve Lopez wrote a column a while back that reviews the victim's statements and the police report of the time; what HAPPENED.

And what happened was a crime. Polanski having to live in Europe (as opposed to Los Angeles) is hardly punishment for that crime. That he is an extremely talented artist is hardly an excuse.
3:46 PM