New on Blu-Ray | Angels with Dirty Faces, Ladies They Talk About, The Thin Man Goes Home 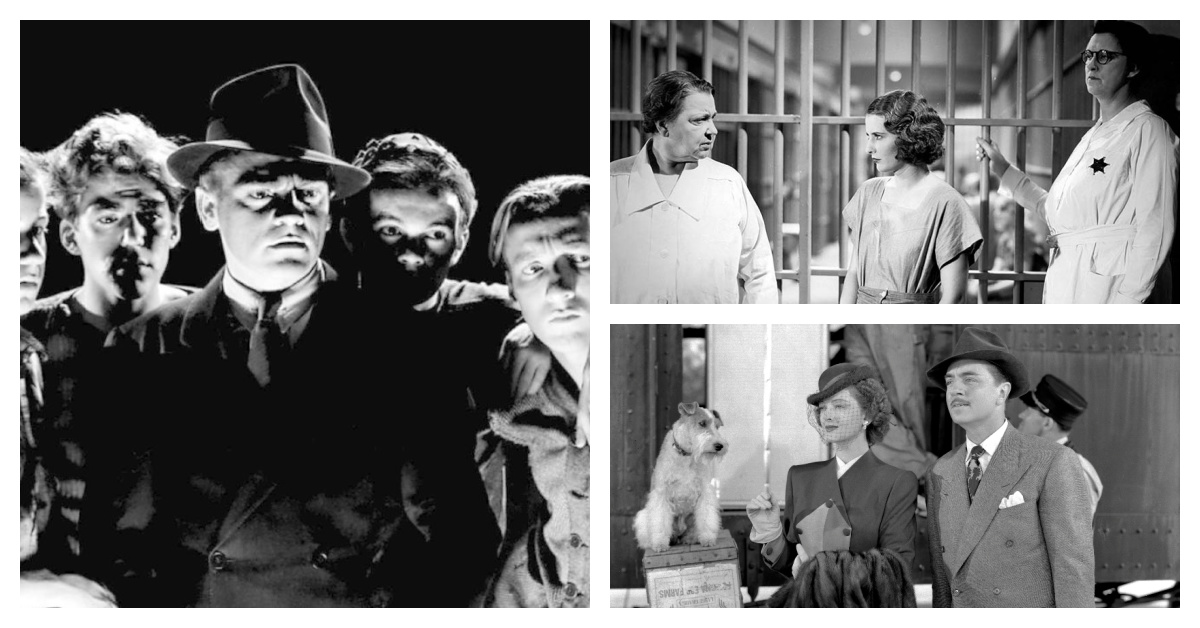 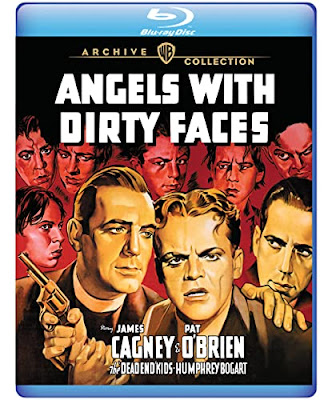 James Cagney received his first of three Oscar nominations for Michael Curtiz's Angels with Dirty Faces (not to be confused with Home Alone's gangster spoof, Angels with Filthy Souls), a new breed of gangster film whose roots remain in Cagney's pre-code glory days while taking the newfound Hays Code mandates to surprisingly emotional heights. Gangster films had somewhat fallen out of favor after the adoption of the Production Code and the organization of the League of Decency, which condemned the amoral antics of lovable bad boys of the early 1930s. Now gangsters had to be portrayed in such a way as to not glorify their violence, but ensure that they met their comeuppance in the end in such a way as to make their lifestyle as unattractive as possible. In Angels with Dirty Faces, Curtiz (Casablanca) took those rules and wove them directly into the film's tapestry in a way that never feels moralizing or preachy.

The film centers around two childhood best friends, Rocky Sullivan (James Cagney) who grew up into a life of crime, and Jerry Connolly, (Pat O'Brien) who grew up to become a priest. Reunited after Sullivan gets out of jail, Sullivan becomes a mentor of sorts to some local youth under Father Connolly's care, while seeking to settle old scores with a crooked lawyer (Humphrey Bogart) and his big shot gangster boss (George Bancroft) who sold him up the river while he was behind bars. The boys come to idolize Sullivan, leading Connolly to make some hard decisions in order to ensure that they will never want to grow up to be like Rocky. The film gives Sullivan a surprisingly moving redemption arc, while examining the societal issues that put Sullivan on Connolly on different paths, a lifetime defining moment that forever changed both boys and shaped the men they would eventually become. It's displays a surprising social conscience for a gangster film, taking Production Code mandates meant to keep youngsters from looking up to gangsters and turning them into a film all their own without feeling like a product of the prudish morality police that made up the Breen Office. It's both an atonement for and a deconstruction of Cagney's bad boy persona in films like The Public Enemy that made him a star, emulating the essence of the Production Code with more grace and emotional weight than anyone actually involved with the code ever managed to do. 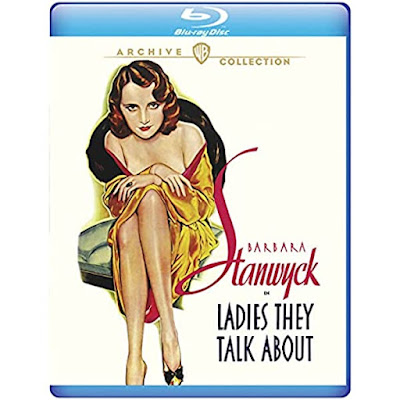 Barbara Stanwyck stars as a tough-as-nails moll who gets sent to a women's prison for her part in a bungled bank robbery, where she plots her revenge from behind bars. An early entry in the "women in prison" subgenre, this delightful pre-code crime picture makes the most out of Stanwyck's "bad girl" persona. It doesn't really stand out from other, similar films from the period, but Stanwyck is always watchable, and the indelible cast of characters inside the prison are a hoot, and the fact that Warner Archive singled this out for a Blu-Ray release is both incredible and welcome. Highly recommended for fans of Stanwyck pre-code Hollywood. 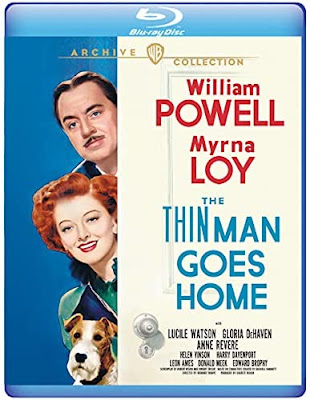 Famed detective Nick Charles (William Powell) and his glamorous wife, Nora (Myrna Loy) head home to visit Nick's family for some well reserved R&R, that is until Nick's insatiable need to impress his imperious father leads Nora to plant rumors in the newspaper that Nick is actually in town on a case, leading a few jittery criminals to come out of hiding and murder a potential informant right on the Charles' doorstep (honestly, WTF, Nora?).

The Thin Man Goes Home is the fifth entry in the long-running series, and although the formula has been well established by this point, director Richard Thorpe (taking over the reigns from W.S. Van Dyke) has a few tweaks to keep the comedy moving. Heavy drinker Nick, forced to become a teetotaler while at his parents' home, is constantly mistaken for being drunk despite being stone cold sober, while Nora openly mocks the tropes that have become the series' distinguishing marks. It's still comfortable and familiar (it was, after all, released at the height of World War II, as the closing title card soberly reminds us), but Powell and Loy are a constant delight, even if the sparkle was beginning to dull in the later part of the series. Still, the mystery is more compelling than the previous two films, and there is plenty of humor to be mined from a man who drinks like a fish suddenly becoming a fish out of water.