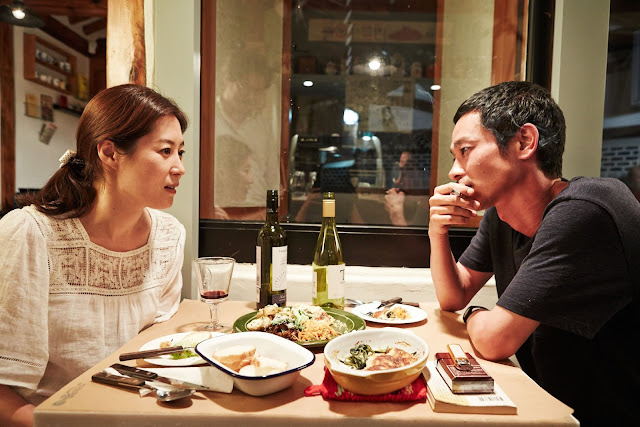 It has been nearly a year since the release of a Hong Sang-soo film in the United States - the prolific filmmaker often releasing one or two films a year for the last decade. Hong took a rare year off in 2019 (although two of his films were released in the states last year), and although he only has one new film slated for release in 2020 (The Woman Who Ran, which does not currently have US distribution), June will see the release of not one, not two, but three Hong films in the US, with Grasshopper Films taking on 2014's Hill of Freedom and 2006's Woman on the Beach, and Cinema Guild releasing 2016's Yourself and Yours stateside for the first time . 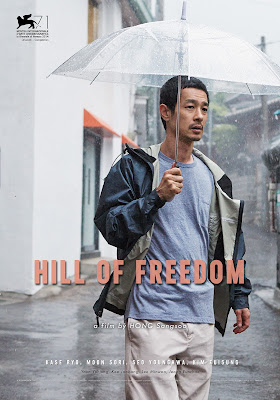 This is, of course, big news for Hong fans, who are currently being treated to an embarrassment of riches; offering up three missing pieces to the puzzle of the filmmaker's expansive filmography. Of course, retroactively seeing how these films fit into the arc of Hong's career is a puzzle box worthy of one of his own elliptical narratives, and both Hill of Freedom and Yourself and Yours offer newfound insights into later films that have already been released in the United States. Hill of Freedom  for instance, feels like a direct precursor to his most recent film, Grass, while sharing similar DNA as 2016's Right Now, Wrong Then, a film that has since proven to be one of the most pivotal of his career.

Hill of Freedom centers around a woman named Kwon (Seo Young-hwa), who has just discovered a stack of letters sent by Mori (Ryo Kase), a Japanese citizen who has returned to Korea to propose to her. But she drops the letters and begins to read them out of order, piecing together a fractured narrative as told by Mori. Hong is a master of manipulating the fluidity of time and crafting new narratives from disjointed storylines. At only an hour long, Hill of Freedom a masterclass in narrative economy, showcasing Hong at his warmest and most experimental. It's also one of his funniest films to date, and Hong uses the broken pieces of Kwon and Mori's story to craft something disarmingly lovely, a kind of hodgepodge of romantic longing and misunderstanding that puts the entire relationship into focus by viewing it through a kaleidoscopic lens. It's one of Hong's shortest films, but it's also one of his most incisive, its gentle ruminations expanding far beyond its seemingly modest scale.

In his 2014 review, Richard Brody compared Hill of Freedom favorably with the work of Alain Resnais, an observation with which I concur. But to me it most resembled the early work of Eric Rohmer, whose legendary Six Moral Tales took similarly askance views of human relationships in comparatively brief running times, their ideas laced with more conflict and pain than their sometimes lighthearted exteriors suggested. Like Rohmer and Resnais, Hong guides this small-scale wonder with a hint of mischief and a knack for deconstructing narratives and reconstructing them into something new and wonderful, a rearranged puzzle where all the mismatched pieces somehow fit together perfectly to form a new and fascinating whole.