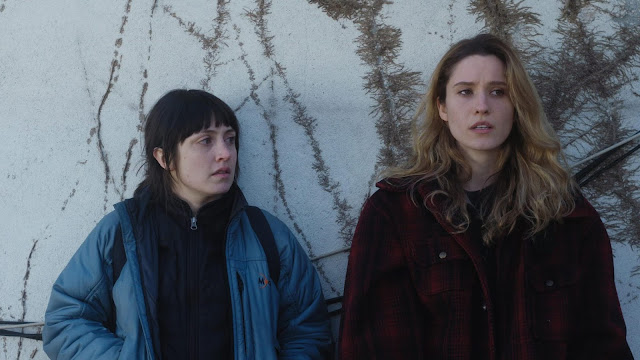 Indie filmmaker Dan Sallitt hasn't made a feature film since 2012's The Unspeakable Act, but the long-awaited arrival of his latest film, Fourteen has unfortunately arrived in the middle of a global pandemic that has narrowed the already small audience for his films. 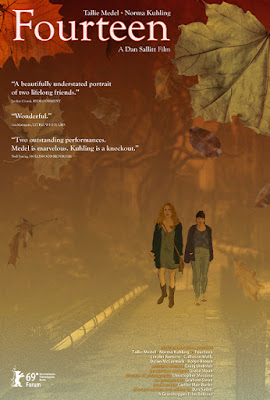 A film critic himself, Sallitt is well regarded in the film critic community, and The Unspeakable Act  was very popular amongst the denizens of Film Twitter, myself included. But Fourteen is a somewhat trickier animal, its somewhat arch rhythms and cold characterizations make it much more difficult to warm up to. It's a film of strong theory, but often somewhat emotionally distant. The film centers around a pair of young women in their late twenties who have been best friends since they were 14 years old. Mara (Tallie Medel) is a teacher's aide constantly seeking work as an elementary school teacher. Jo (Norma Kuhling) has more stable employment as a social worker but is more emotionally troubled. She's irresponsible, unreliable, and often flaky; whereas Mara, less successful by societal standards, seems more well-adjusted to her somewhat unstable millennial lifestyle, constantly fluctuating between jobs and romantic partners.

Fourteen takes an almost neo-realist look at the ebbs and flows of their lives through the years, skipping forward through time in the blink of a single cut, that is nevertheless deeply rooted in the language of American independent cinema. Sallitt is a precise observer of human behavior, and his portrayal of a friendship forged by the forced proximity of middle school put under the pressures of real life, is consistently filled with wise insights into the nature of human connections and the general ennui of millennial life, seeking stability where there is none to be found.

And yet one can't escape the feeling that despite its meticulous construction, Fourteen feels more rooted in ideas than in emotions. Its portrayal of two friends on diverging paths who no longer share the same connection they once did often feels painfully accurate, and Sallitt deftly avoids unnecessary dramatic embellishments, but it's difficult to settle in with two characters that feel more like millennial archetypes that living, breathing people. There are some undeniably lovely grace notes here (Mara relating the story of her friendship with Jo to a friend later in the film is an especially devastating moment), but the film's somewhat elliptical nature often holds the audience at arm's length. It's a keenly observational study of human friendships that can't quite stick the landing, its denouement never quite fully conveying the heavy weight of what we've just witnessed. The ideas are there, but without an emotional grounding it feels more like a theoretical exercise than a fully realized film.