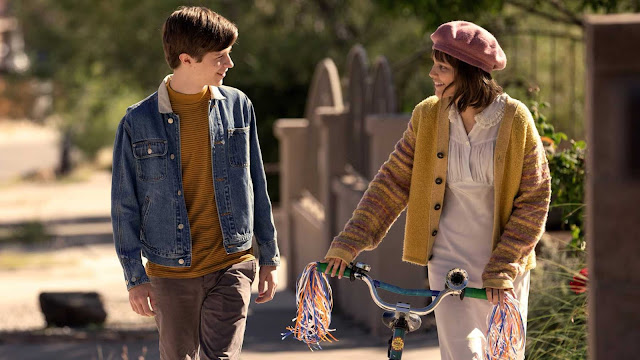 The COVID-19 pandemic has changed the way most of us are living our lives. With many either working from home or otherwise stuck inside in an attempt to "flatten the curve," a lot of folks are turning to their trusty streaming services to stay entertained while in self-imposed quarantine. Thankfully, many streaming services have plenty of new content ready to be released in the next few months (if you haven't started Tiger King on Netflix yet...you're missing out), and there are few wells of content quite as deep as Disney's. 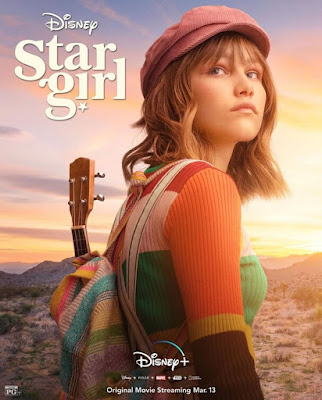 The latest original film on Disney's streaming service, Disney+, is Stargirl, an adaptation of Jerry Spinelli's popular young adult novel of the same name. It was a novel I was quite taken with when I was younger, its message of embracing your idiosyncrasies and celebrating the things that made you different resonating deeply with my teenage self. Watching the film adaptation some 15 years laters lands a little differently, but perhaps not in the way you might expect. In fact what fascinates me about films aimed at teenagers that celebrate non-conformity is, well, how conformist they ultimately are.

Director Julia Hart (Fast Color) brings some lovely grace notes to this story of an unusual girl that calls herself Stargirl (Grace VanderWaal) who moves into a boring town and shakes up the lives of the students of Mica High School. She leaves a special imprint on Leo (Graham Verchere), who has spent his entire life trying not to stand out. The two couldn't be more opposite, but soon Stargirl helps Leo embrace his own unique spirit, and inspires the entire school to look at the world in new ways, revitalizing the tiny town and leaving an indelible imprint that none of them will ever forget.

In other words, Stargirl is absolutely the prototypical "manic pixie dream girl" who's more of a device than an actual person. She's "strange" simply because she wears mismatching colors and plays the ukulele. And catalyst that eventually causes the school to turn on her is that she tried to do something nice for someone. Perhaps it's the rose-colored glasses through which I view the novel and its effect on my 18-year-old self, but Stargirl the film lacks the aching melancholy that made the book such a lovely and elusive thing.

On the other hand, the two young leads are appealing, and Hart does manage to find some lovingly grounded moments between the two of them that eschews the more manic sensibilities of your typical Disney teen drama. Yet it's hard to shake the familiarity of it all, its generic design and construction sitting very comfortably alongside the multitude of similar films currently streaming on Disney+. It's a mildly charming way to pass the time, but it feels like empty calories, a film light on real drama or conflict whose central premise doesn't really stand up to a lot of scrutiny. Was the book like this? Or was I just younger and less discerning? After seeing the film adaptation, my nostalgic side is afraid to go back and find out. It may be a pleasant way to spend an afternoon stuck inside, but its themes of being unique and true to yourself feel lost in a film that's trying so desperately to fit in.