Drag culture has become so mainstream in recent years that it's almost easy to take for granted, forgetting than in the not-so-distant past it was a mostly underground form of entertainment held in underground bars where gay men and trans women could be themselves.

Consider, for a moment, the implications of Jennie Livingston's seminal queer documentary, Paris is Burning, a portrait of New York's drag ball scene of the 1980s, and its importance in the gay community of the time - specifically the black and latinx queer community. Released in 1990 in a country still running on the fumes of the Reagan era and the AIDS crisis still very much an every day reality, Paris is Burning is at once hopeful and tragic, a look behind the sequined curtain of a culture that was still very much hidden in the shadows, and the profound effect it had on the men and women who adorned its halls, wearing everything from nightgowns to suits - serving "realness" nightly while the straight world moved along around them unaware. 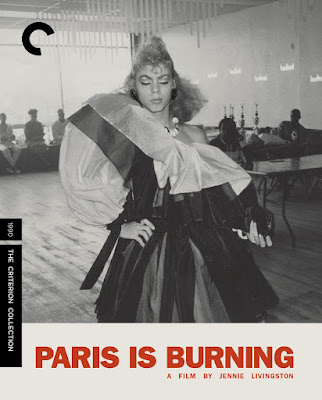 At a time when "RuPaul's Drag Race" is a mainstream hit and drag queens regularly attend "Drag Queen Story Hours" at local libraries, the time of Paris is Burning may seem like ancient history. But these things are still met with controversy even today, and Livingston's fly-on-the-wall examination of recent history is a potent reminder of both how far we've come and how far we still have to go. Consider the story of Venus Xtravaganza, a plucky young Puerto Rican trans woman whose dreams of getting married in a white gown are cut down when she is tragically murdered near the film's end. Her death is a sobering reminder of the dangers of being queer in America not only in the 1980s but in 2020, when murders of trans women of color are still commonplace. Consider also the fact that "RuPaul's Drag Race" controversially excludes trans women from competition, favoring cis gay men instead. But here she is embraced - there's no gatekeeping in these halls, just celebration of gender and sexuality in all of its infinite variations. In some ways this haven feels even more progressive than our own time in its acceptance without question of each character's identity, be it feminine, masculine, something in between, or something different every night.

The film also introduces us to Dorian Corey, an aging drag queen who dispenses stately pearls of wisdom while applying eye makeup and lamenting the younger generations ignorance of the great Hollywood divas of the past, Octavia Saint Laurent, a transgender woman who aspires to a modeling career, and Pepper LeBeija, whose cheeky insights lead us further into the world of the Harlem drag balls. It's almost like gazing into the world of the Weimar Era Germany, a world of dazzling decadence that forms a kind of oasis in the midst of great turmoil, where queer men and women are free to be themselves.

Yet its celebratory air is tinged with tragedy. Haunted by the specter of AIDS and the murder of Venus Xtravaganza, Paris is Burning is both an exuberant portrait of gay culture and queer defiance during a time when visibility was low and discrimination was high, and a deeply moving exploration of the lives of people who were forced to create their own families and networks of support in a world that didn't try or want to understand them. In the ensuing years so many ideas introduced here have entered the popular lexicon. Even straight people have appropriated words like "shade," "voguing," and "realness" (a reference to the verisimilitude of one's drag ensemble), and Paris is Burning documents their origins in the black and latinx drag ball scene, making the film not only a classic of queer cinema but a touchstone of LGBT culture. This may not be where it all began, but it's an essential document of a very specific point in history, when AIDS was ravaging  the community and the culture stood on on the precipice of a popular coming of out of its own, these queens dared to be themselves by becoming someone else for a brief shining moment under the glaring lights of a Harlem nightclub; and their honesty, their audacity, and their unvarnished soul-baring captured by Livingston is a kind of collective realness that can't be faked.