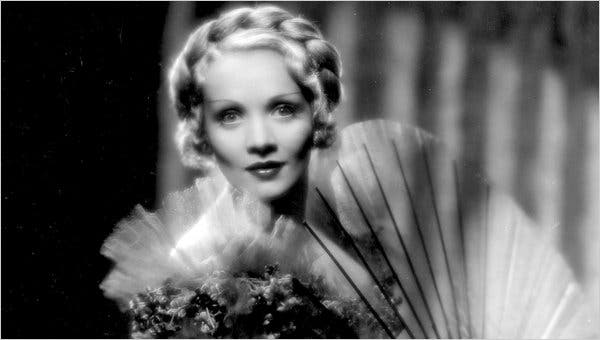 Pre-Code era Hollywood, those glorious few years between the advent of sound in 1927 and the adoption of the restrictive Hays Code in 1934, has always had a reputation for being a naughty free-for-all of vice and sin. While the films were still somewhat restricted by social mores of the time (at least compared modern standards) there's something arguably more loose, unrestricted, and fresh about them that is unmistakable - a willingness to take risks and explore subjects in more explicit ways that simply wasn't possible after the adoption of the Production Code. 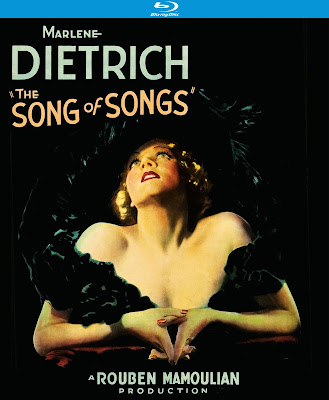 Rouben Mamoulian's The Song of Songs (1933) is one such film, a delightfully risqué love story about a virginal girl from the provinces (Marlene Dietrich) who falls in love with a worldly artist (Brian Aherne) after he convinces her to pose nude for his latest sculpture. Their romance is interrupted by a wealthy baron (Lionel Atwill) who purchases the sculpture and decides to make Lily his own by any means necessary, and pays the starving artist off to make him move away in the night leaving her helpless and alone. Through it all her only comfort was Solomon's "Song of Songs," a notoriously erotic Biblical love poem whose meaning she never quite understands until she experiences physical love for the first time.

The film is surprisingly sexually frank, even by the standards of 1933 - the year that finally caused Hollywood to bring down the hammer and enforce the Production Code the following year. The scenes in which Richard sculpts Lily tingle with eroticism, as his hands caress the curves of the nude statue, Dietrich trembling with each stroke as if it were her own body. Sensuously shot in evocative black and white by Victor Milner, The Song of Songs captures each longing glance, each sigh of desire, exploring the couple's sexual dance with both a frankness and a sense of slyness that make it one of the period's most direct films.

Dietrich's performance is also one for the ages. She was always more than the sex symbol vixen history has recorded her as, but she's incredible here, playing against type as the winsome farm girl whose evolution into a hardened and worldly baroness is the film's central tragedy, a woman turned into a sex object for the enjoyment of the men around her all in the name of art. There's something disarmingly personal about Lily's journey and Dietrich, now several years removed from the voluptuous siren of von Sternberg's The Blue Angel, embodies it with a quiet power and a barely constrained sense of rage. Mamoulian's layering of sexual tension accompanied with his withering eye toward the destructive power of the male gaze makes The Song of Songs a fascinating case study in gender roles of the 1930s, often working on several levels at once; on the surface an erotic drama and just underneath a rather scathing critique of Hollywood's treatment of women that's somewhat undercut by its own ending in which the couple finally reunites and all is forgiven. But it's hard not to admire the gutsiness of what Mamoulian achieves here, crafting a film that is ultimately a critique of itself and the very audience that's watching it. The Production Code would render such a film impossible in just a year's time, but here Mamoulian and Dietrich are free to explore the dark underbelly of artistic exploitation while still finding a kind of painful beauty in the pursuit of sensual desire. It's a hidden gem ready for an overdue rediscovery thanks to the lovely new Blu-Ray now available from Kino Lorber Studio Classics.