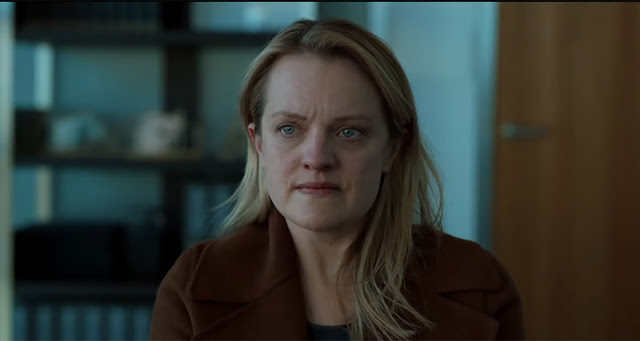 Universal's attempts to retool its classic monster films the 1930s and 40s for a modern audience has been something of a mixed bag. From the 2010 remake of The Wolfman failed to find an audience despite an Oscar win for its impressive makeup design, and the attempt to start a Marvel-style "Dark Universe" with the 2017 Tom Cruise vehicle, The Mummy, fell flat with both audiences and critics. 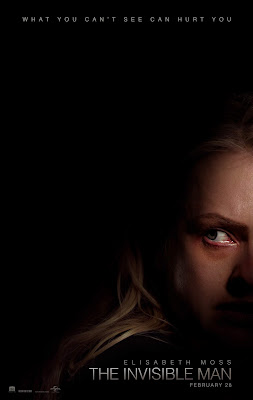 Leigh Whannell's The Invisible Man is a different animal altogether. Rather than try to remake what's already been done or fit into a previously established universe by forcing connections to films that haven't been made yet, Whannell has completely reinvented the classic H.G. Wells story, using the basic premise as a jumping-off point for something completely original. Originally brought to the screen in 1933 by director James Whale (Frankenstein) with Claude Raines in the title role, The Invisible Man was one of the most playful and mischievous  entries in the classic Universal Monsters series. In the 2020 update, Whannell takes the basic premise of a mad scientist who invents a way to become invisible and takes it in a different direction, reframing the narrative around the scientist's wife, Cecilia (Elisabeth Moss), who begins the film by escaping her abusive ex and going into hiding with friends.

It isn't long before she receives news of Adrian's suicide, and believes she is finally free of his grasp. But soon strange things start happening in the house - objects move on their own, covers are pulled off her bed in the night, and Cecilia can't escape the feeling that something, or someone, is watching her every move. Convinced that Adrian has found a new way to torment her by inventing a way to become invisible, she attempts to prove his existence to her closest friends, but her insistence that an invisible dead man is torturing her makes her look insane, as Adrian isolates her from her family and friends bit by bit in increasingly devious and violent ways, leaving her to stand alone against her abuser.

The entire plot of this new Invisible Man is a brilliant metaphor for emotional abuse and gaslighting. No matter how much Cecilia insists to her friends that she's being abused, no one believes her because they literally can't see it. She even begins to question her own sanity as Adrian isolates her from her network of support. That's what makes the film so utterly terrifying - its plot may be science fiction, but it's based in a razor-sharp evocation of real-life trauma, and that makes its scares so much harder to shake. Whannell expertly builds the tension with sparing use of special effects, letting the unseen presence of the invisible man loom large even when he isn't there, keeping the suspense so tautly wound so that when it does finally payoff the eventual scare lands with that much more power.

But none of it would have worked if not for the powerhouse performance by Elisabeth Moss at the center. Moss is a wonder, crafting a perfectly calibrated portrayal of a woman coming unraveled, questioning her own sanity and culpability in a web of abuse from which there is seemingly no escape. She's so good it's as if she's taking on the entire patriarchy single-handedly, standing against an invisible enemy of male aggression and rage even when everyone around her is telling her it's all in her mind.  By telling the story from the victim's point of view rather than the monster's, and by foregrounding her journey rather than focusing on the inherent science fiction elements of his invisibility, Whannell has created something truly, deeply frightening, a monster movie in which the monster feels like a real threat, an evil that could be lurking around any corner. And not just because he's a literal invisible man, but because of the very real threat of patriarchal abuse and gaslighting that he represents - attacking women both physically and emotionally and then manipulating them into thinking that it was somehow their fault, or that maybe it was all their head. That constant questioning of reality is what makes the film so unnerving, and as Whannell builds tension past the point where other films would have offered a cheap payoff, he instead continues to turn the screw, resulting in a film that's not only scary, but genuinely surprising. In an age when monsters are very real, centering their victims' narrative not only robs them of their allure, it also makes their presence much more insidious and horrifying. That's the way to honor the legacy of the Universal Monsters (who were often tragic, misunderstood figures); not by trying recreate yesterday's boogeymen, but by acknowledging that today's monsters aren't always quite so obvious, and that's far more scary than any fictional manifestation of evil could ever be.