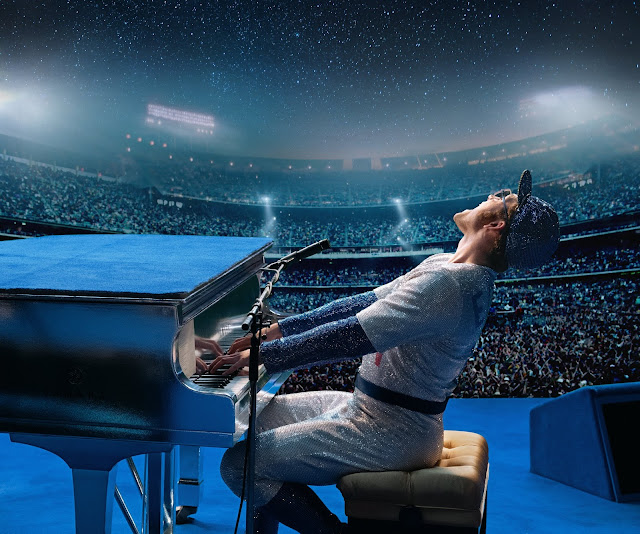 The prospect of another musical biopic of a popular rock musician following so closely on the heels of the aggressively bland Bohemian Rhapsody may seem like a hard pill to swallow, especially considering that director Dexter Fletcher was the filmmaker who stepped in at the last minute to finish Rhapsody after Bryan Singer went AWOL. 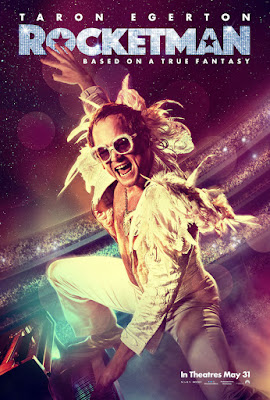 But Fletcher seems determined not to make the same mistakes twice, turning his Elton John biopic, Rocketman, into the film Bohemian Rhapsody could and should have been. Whereas Bohemian Rhapsody, with its troubled production and too many cooks in the kitchen, often felt like a rote connect-the-dots between Queen's creates hits, Rocketman instead allows the songs to flow naturally from the story. Fletcher isn't trying to show us the inspiration for each of John's hit songs, eschewing Bohemian Rhapsody s thudding literalism for a kind of musical fantasia, the songs belting out like Broadway numbers to accompany the major events in the singer's life.

From partnership with lyricist Bernie Taupin (Jamie Bell), to his infamous drug addiction, to his romantic relationship with manager John Reid (Richard Madden), Rocketman traces the life of Elton John (Taron Edgerton) in a way that is familiar to the musical biopic genre. However, Fletcher reinvigorates the formula by infusing the film with a bracing shot of John's colorful personality, taking the audience inside his mind for a peek into his creative process. These aren't necessarily events as they actually happened, but Fletcher captures the exhilarating spirit of those events, levitating the characters (and the audience) into a kind of phantasmagorical cinematic ecstasy.

Rocketman also refuses to treat John's sexuality as a liability (the way that Bohemian Rhapsody did with Freddie Mercury). Elton is an unabashedly queer figure, and Fletcher doesn't shy away from this, leaning into the singer's campy personality and yearning for true love from another man (which he eventually finds as the film reminds us in its requisite coda). John is memorably embodied by Taron Edgerton, who impressively enough actually does his own singing, emulating the him with striking soul and wit.

While the film strikes many familiar notes for anyone who has ever seen a movie about a rock star, Fletcher manages to reinvent those cliches by untethering Rocketman from the confines of reality. Instead, he turns the film into a joyous celebration of a legendary entertainer, a warts-and-all emulation of who Elton John is, saving it from being yet another standard issue biopic and embruing it with a heart and soul all its own.