19 years ago, the cinematic superhero craze got its kick-off in the form of Bryan Singer's X-Men, spawning a series of imitators as rival studios rushed to capitalize on its success with superhero franchises of their own. Looking back on it now, the original X-Men is a surprisingly character driven, mid-budget film whose sequel, X2: X-Men United remains perhaps the high point in 21st century superhero filmmaking. 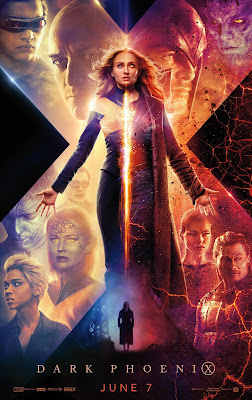 The X-Men series went on to spawn 10 films, including a spin-off trilogy featuring Hugh Jackman's Wolverine, making it the longest running superhero series outside of the Marvel Cinematic Universe that hasn't been subjected to some sort of hard reboot. That's all likely to change now after the release of Dark Phoenix - whose release arrives mere months after the complete acquisition of its parent studio, 20th Century Fox, by the Walt Disney Company.

Disney, of course, owns the MCU, and since the X-Men originated in Marvel Comics, it's all but likely that their current incarnation will be wiped clean to make way for a new iteration to join the world of the Avengers. It's something of an inauspicious end for the series. While fans have long clamored for an X-Men/Avengers mashup, its a shame to see the venerable series come to such a weak conclusion, its glory days long since past, unceremoniously dumped into theaters by Disney who's clearly in a hurry to move on.

Everything about Dark Phoenix feels phoned-in, even defeated, as if the filmmakers somehow knew the end was near. First-time director Simon Kinberg (long-time producer of the series) seems completely lost, tasked with crafting an epic ending to a series that no one, not even the actors involved, seems to care about anymore. The actors are all on auto-pilot (the usually terrific Jennifer Lawrence seems especially over it), to the point that most of them feel like they're just fulfilling terms of a contract rather than giving it their all. Meanwhile, Kinberg seems determined to take the franchise in a darker, grittier direction, even going so far as to hire composer Hans Zimmer to craft a muscular score similar to his work on Man of Steel, sounding nothing like anything previously heard in the X-Men universe.


The Dark Phoenix Saga was previously tackled by the series in the much maligned X-Men: The Last Stand, in which psychic heroine Jean Grey (Sophie Turner) is saddled with unlimited power she's unable to control. Rather than improve the story, Dark Phoenix seems to have learned nothing, taking the worst elements of The Last Stand and doubling down on them, resulting in a film that's neither different enough to be worth the trouble nor bold enough to truly stand out on its own. This could be because Kinberg wrote the screenplay for both films, and he hews close to previously covered territory here.

Yet the weak script is only part of the film's troubles, which relies on obvious themes ("my emotions make me strong") rather than dealing with the true issue at the heart of the film - the fact that burying Grey's trauma rather than dealing with it head-on are what caused her problems in the first place. Turner does her best with the subpar material, but the film completely wastes Jessica Chastain as the emotionless alien villain, Vuk, and the characters are so poorly drawn that their motivations (and subsequent reversals) often make little sense. Gone is the social commentary that once set this franchise apart, not to mention its inherent optimism about the future and its place for those who are different. In its place is a strange sort of anonymity, just another self-serious superhero dirge that doesn't know how to have fun. Dark Phoenix represents the dying throes of a once illustrious comic book franchise making one last half-hearted gasp before being obliterated by the Disney juggernaut.