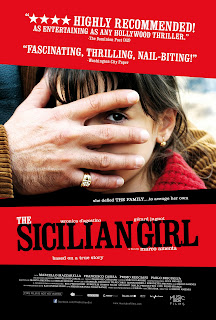 The story of Marco Amenta's Italian mafia thriller, The Sicilian Girl, has the makings of the kind of sprawling crime drama that we so rarely see anymore - an epic tale of one woman taking on the entire Italian mafia to avenge the deaths of her beloved father and brother. And to top it all off, it's all true. It's a fascinating story, filled with tension and natural suspense. It's too bad that the film itself shares none of these traits.

The Sicilian Girl is the story of 17 year old Rita Atria (Veronica D’Agostino), the daughter of a Mafia bigwig who, as a child, witnesses her father's murder at the hands of others within the "family," led by the man she once called "uncle." Filled with rage and seeking to enact vengeance upon her father's killers, young Rita and her brother vow to bring justice in his name. But this only leads to the death of her brother, leaving Rita alone with a bitter and disapproving mother. Rita grows up with her family in shambles, and when she gets old enough realizes that the only way to bring justice to her father's murderers may be to collaborate with the very people she was raised to hate - the police. 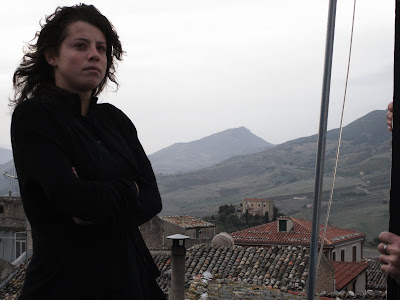 Rita seeks out a prosecutor who once had a run-in with her father years ago, and provides him with a diary she has kept since she was a girl, watching and documenting the movements of the Mafia from within. Her diary provides an unprecedented eye witness account of top secret Mafia information, making Rita an unknowing mole since she was a young girl, and an invaluable resource for the police in making a case against many of the Mafia's top figures. So Rita is placed in protective custody for her own safety, assuming a new identity as the prosecution's star witness in a vast legal war against the heart of the Italian Mafia.

Despite her desire for revenge, however, Rita is still very much a product of the mob, her mentality often at odds with that of the prosecutor and the police she often finds herself surrounded by. Her life is further complicated when she falls in love with a young man who is completely unaware of her past. As the pressures of being the lynch-pin in such a massive campaign against the Mafia, as well as living under constant threat of being murdered by increasingly desperate mobsters, Rita becomes increasingly fearful, and the entire case threatens to collapse around her. 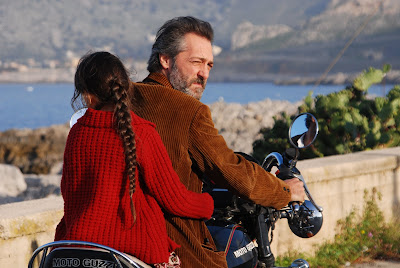 There is plenty of material here for a great mob film. This is some truly epic stuff. But the film completely misses the gravity of the story it depicts. It's almost painfully melodramatic, filled with over the top performances and hammy over-emoting. The film often appears to be the work of an amateur who has no idea how to create dramatic tension or convey any kind of weight or importance. The effort is readily apparent, many of its shots seem designed to mimic dramatic shots from other, better, films, but the attempts at importance fall flat. Amenta's insistence on speeding up the action seems an old hat trick here, and completely out of place, quickly wearing out its welcome. It also suffers from some blatantly bad dubbing, especially in the case of the prosecutor, who is played by French actor Gérard Jugnot. All of his lines are dubbed over, and nothing he says ever fits the movements of his mouth. It's an almost laughably bad effect, further cementing the feel of The Sicilian Girl as a strictly amateur affair.

This is a film that is never as important or weighty as it thinks it is or wants to be. Its inflated sense of historical import isn't backed up by filmmaking prowess. In fact the filmmaking is often so clumsy that even the story's inherent tension is rendered dramatically inert, a victim of its own awkward staging and misguided attempts at emotional posturing. This story deserves a good film, even a great one. Unfortunately, The Sicilian Girl isn't that film. Not even close. This is a strictly second rate failure whose heart may in the right place, but whose head misses the mark completely.