Review: "The Milk of Sorrow" 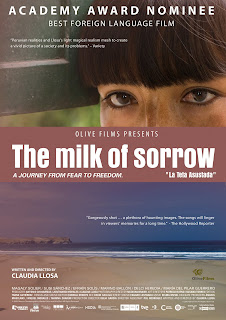 Of all the films nominated for Best Foreign Language Film at this year's Academy Awards, the most surprising inclusion was Claudia Llosa's culturally esoteric Peruvian oddity, The Milk of Sorrow.

It's not your typical Oscar nominated foreign film by any means, and even managed to trump more traditionally Academy friendly films on the shortlist like The Netherlands' Winter in Wartime and Bulgaria's The World is Big and Salvation Lurks Around the Corner.

On the surface, The Milk of Sorrow seems like one of those painfully slow art house films that give foreign films a bad name, often playing out like a parody of such films, filled with long silences and with few cuts, wallowing in miserablism and the extreme misfortunes of its characters. Even the title seems to suggest a cartoonish obsession with all things bleak and melancholy. 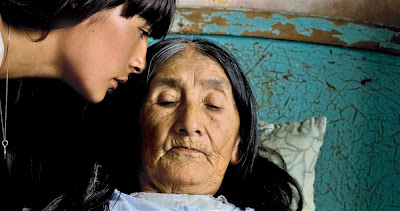 Magaly Solier as Fausta and Barbara Lazon as her mother Perpetua in THE MILK OF SORROW.
An Olive Films release.
But a closer look at the film reveals aspects that are more Academy friendly than initially meets the eye. Heavy handed symbolism? Check. Characters overcoming impossible hardships? Check. Characters overcoming impossible hardships through heavy handed symbolism? Check, check. It may all come in a slightly more inscrutable package than the type of films that generally dominate this category, but the elements are still there.

The title refers to the breast milk of women who were raped and beaten by terrorists in Peru during a time of great national stress. According to local superstitions, the women passed their sorrows to their children through breastfeeding, causing them to become sullen, soulless people who exist as constant reminders of their mother's pain. Fausta (Magaly Solier) is one such victim of the "milk of sorrow," who was so distraught by her mother's stories of the troubles that she put a potato in her vagina to protect from potential attackers and never removed it. As the years go by the potato begins causing health problems for Fausta as it begins sprouting and festering, but it is such a sense of comfort to her fears that she refuses to take it out, choosing instead to keep trimming it back, in essence holding in her pain and keeping herself locked in the past. 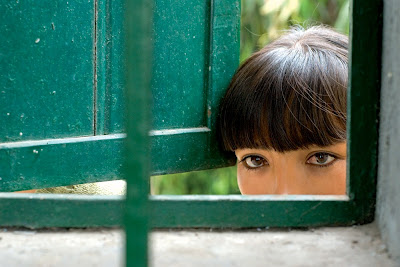 Magaly Solier as Fausta and Barbara Lazon as her mother Perpetua in THE MILK OF SORROW.
An Olive Films release.
When her mother dies suddenly, Fausta finds herself alone, and forced to find a way to make money in order to pay to give her a proper burial before her cousin's wedding. So she takes a job as a maid in the home of a famous pianist, but as time wears on it seems as if she will never be able to escape from her curse and put the past behind her once and for all.

The Milk of Sorrow is a film steeped in the local traditions and culture of Peru, but it's often so obscure that it's completely arcane, hinging its rather profound emotional revelations on superstitions that, to those unfamiliar with them, seem completely ridiculous and often hard to take seriously. Fausta's trimming of the potato sprouts from between her legs, which is meant to be deeply symbolic, comes across instead as indefatigably bizarre and heavy handed, obscuring any meaning Llosa may be trying to convey. Without a doubt the film is beautifully observed and oddly compelling, a poetic meditation on female suffering and moving on from great trauma, but Fausta remains a cold and distant figure - a blank picture of mournfulness that is hard to relate to, despite a fine performance by Solier. It's readily apparent that Llosa is onto something here, and her skill as a filmmaker is hardly in question, but the film's subject is so stubbornly strange and enigmatic that there is little there to hold onto. It is well put together, but ultimately it feels underdeveloped, done in by its own latent impenetrability, doggedly holding its audience at arms length, much like Fausta herself.