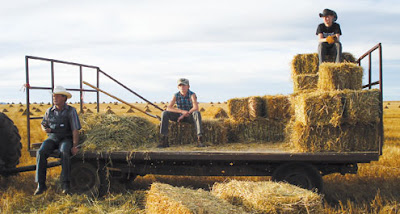 Silent Light, my #1 film of 2008, will be ending its theatrical run at New York's Film Forum on February 10, making room for some classic film screenings (including Godard's Two or Three Things I Know About Her). Also closing is Kelly Reichhard's lovely Wendy and Lucy,

The week after, the Film Forum will be opening Andrzej Wajda's Katyn, which was nominated for Best Foreign Language Film in 2007, but is just not being released theatrically in the United States.

I'll be posting a review of Katyn sometime in the near future after I finish getting my thoughts together...but I was not as taken with it as I wanted to be. I still stand by my opinion that Beaufort should have won that year over The Counterfeiters.
Email Post

Anonymous said…
Matthew you are the eternal promoter for this film, but you know what? I think that is a wonderful thing. To see this kind of passion exhibited, well, that's what moviegoing is all about. I noticed it is leaving and I was saddened, as I was that Davies' TIME IN THE CITY also left yesterday, depriving me of my chance to see it tonite.

Incidentally, that Godard is one of the master's best, I have the R2 DVD, but it would make a great choice to see on the big screen.

Anonymous said…
Just so you know, SILENT LIGHT will be playing up here at the Saratoga Film Forum in Saratoga Springs, NY for 3 shows only Feb 12, 13 & 15th. For more information, please see www.saratogafilmforum.org
7:03 PM