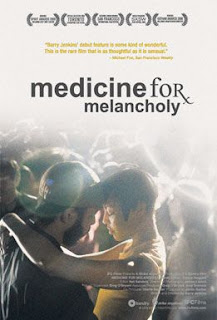 Made on a shoestring budget in San Francisco by a crew mostly made up of director Barry Jenkins' buddies from film school, Medicine for Melancholy is a delicately beautiful slice of life about two strangers who wake up in bed together after a drunken one night stand with only one thing in common; they are both African American.

What follows is the story of a budding friendship that is both tender and raw, a tale of burgeoning attraction in a city still wounded by racial tensions that has gone unseen and untreated.

The two protagonists, Micah (Wyatt Cenac) and 'Jo (Tracey Heggins) could not be more different. 'Jo lives with her white boyfriend, an art curator, in an upscale apartment. Micah believes that Black History Month is in February because it is the shortest month. Both come to the table with their own ideas of race relations and their own histories to form an unlikely bond that shows San Francisco through a unique and rarely seen lens.

Jenkins uses his two characters to open up an internal dialogue about the state of race in American today, and indeed this may be the first essential cinematic examination of the subject of the Obama era, even if the film itself was shot before Obama was inaugurated. 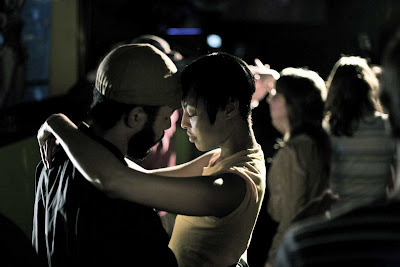 By taking two such disparate characters and thrusting them together in a tentative friendship (romance?), Jenkins shows us the San Francisco he knows, one still plagued by housing problems and racial poverty. With 'Jo as the more moderate, enlightened voice, and Micah as the more radical, 20th century voice, Jenkins asks us to ponder just how far we have come, and where the real state of race relations lie somewhere in between.

As I was watching the film, I was often reminded of John Carney's Once, even if it isn't a musical (the film's soundtrack, however, is fantastic). The idea of a slowly blossoming romance is quite similar, but they take very different approaches. Imagine if you took Once and mashed it up with Paranoid Park and you might get a vague idea of the film's visual look and tone. 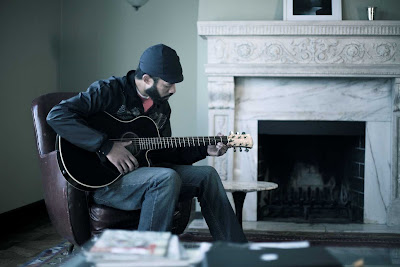 Medicine for Melancholy is a film very much enamored with feelings and textures, soulfully in tune with the heartbeat and rhythms of the city. It is filmed in a washed out, almost black and white color palette reminiscent of Tom Stern's work in Clint Eastwood's films, albeit with a much more modern verve. It is a film of sublime beauty, about a modern relationship struggling to be born and survive in a world where race is still an obstacle to be overcome, even in the least expected places.

It is extraordinary on any level, even if at the end of the day one can't help but wish it had dug a little deeper into the issues it raises. But once you realize the circumstances under which it was made, you can't help but marvel at its achievement. This is a film to be cherished, a romance that feels real, lived in, and ultimately believable. Jenkins doesn't bathe us in cliché...and as such Medicine for Melancholy feels wholly naturalistic. It's a modern love story that's not really a love story, a love poem to chance encounters and lives that intersect, no matter how briefly, to impact another in unexpected ways. It's one of the first great joys of 2009.

Anonymous said…
Sounds really awesome, I must admit, and those stills are pretty. Hope I see it soon, hopefully it plays at a festival or something here, there is no way it would get a theatrical release here.
8:42 AM

Anonymous said…
I almost saw this over the weekend, and I dare say there is a good chance I'll be able to make the late show over at the Cinema Village tonight. I am thrileld to read of the comparison with ONCE especially, but again after a modest sabattical you have returned with a "vengeance." Excellent review of a most promising film.
9:55 AM