Now Playing | The Green Knight, Respect, The Suicide Squad, The Woman Who Ran 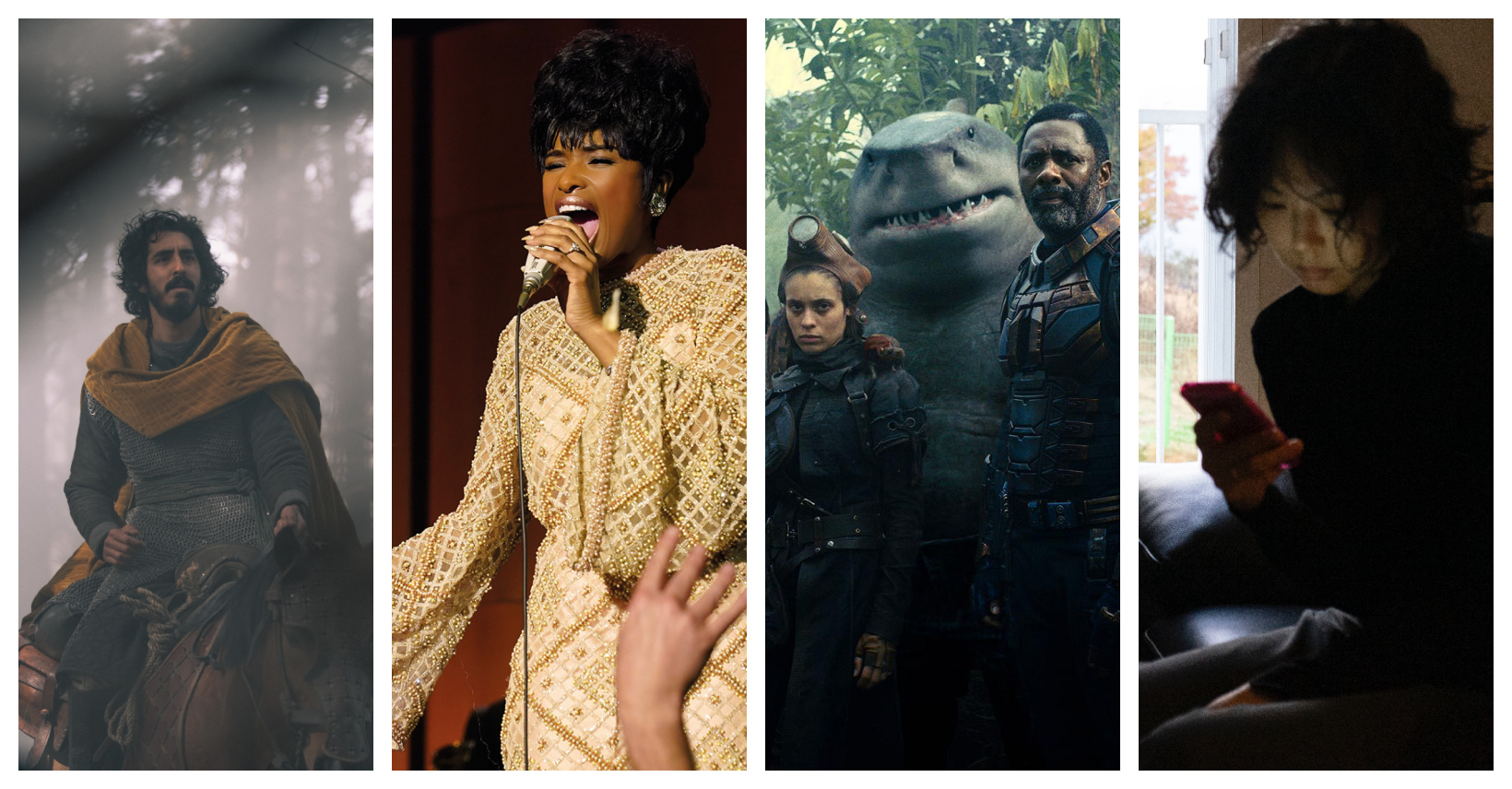 Capsule reviews of films currently playing in theaters and On Demand. 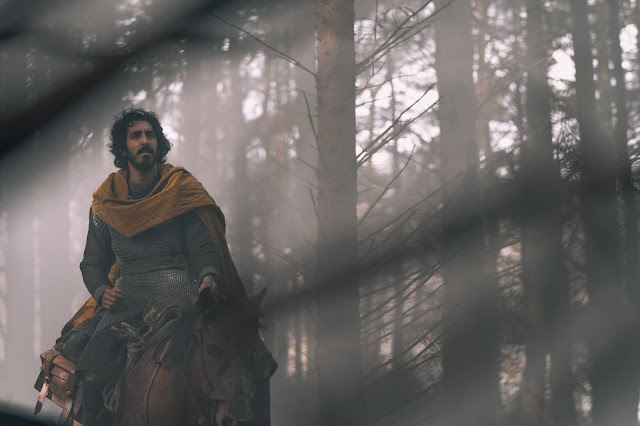 David Lowery's dreamlike retelling of the ancient chivalric romance, "Sir Gawain and the Green Knight," The Green Knight is a haunting, surreal epic, an adventure for the heart and mind whose pleasures are more cerebral than action-oriented. Dev Patel stars as Gawain, nephew of King Arthur (Sean Harris), who accepts the challenge of a towering supernatural knight (Ralph Ineson) to land a blow upon him in return for his axe. In return, the knight will strike a similar blow upon the challenger in one year's time. Gawain beheads the knight, but as the one year mark grows closer, he becomes restless, knowing his fate likely drawing near. So he sets off on a quest that will confront him with a series of moral and ethical quandaries that will challenge his wits, his strength, and his mettle to become a true knight of the chivalric code.

The Green Knight is an ethereal spectacle; part Tarkovsky, part Herzog, a surreal morality play that feels at once ancient and contemporary, a myth spun out of time. Lowery has such a keen sense of time and place, not unlike his 2017 film, A Ghost Story, its mist shrouded imagery bursting forth on screen like faded memories of a time long forgotten. It's a big screen epic with a decidedly intimate focus, deconstruction both the historical notion of chivalry and the idea of courage itself,  borne on the wings of Daniel Hart's mesmerizing score and breathtaking cinematography by Andrew Droz Palermo. 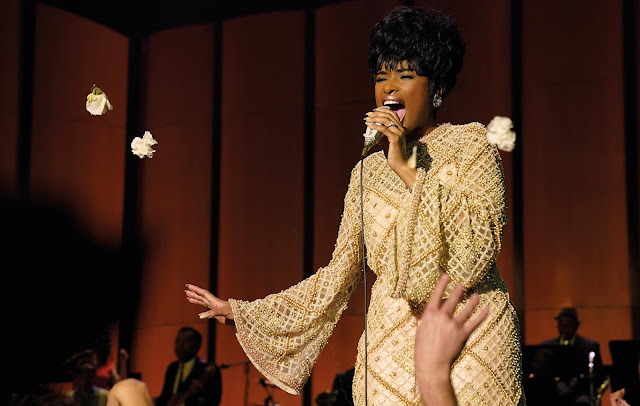 Anyone whose ever seen a musical biopic can likely predict most of the beats of Liesl Tommy's Respect, even if one isn't all that familiar with the details of the life of Aretha Franklin. Jennifer Hudson gives a powerhouse performance as Franklin, but the film around her seems to be going through the motions, presenting vignettes from her life without much bothering to present them in a way that gives any sort of narrative arc. In fact, it mostly feels  as if the movie was constructed around Hudson, giving her a chance to tear into Franklin's impressive discography but never really allowing her to dig deep into the legendary singer's rocky, extraordinary life. Tommy attempts to use Franklin's civil rights activism as the emotional crux of the film, but surprisingly never really explores it, focusing instead on her musical career and the relationships between the singer, her father, and her first husband, whose push and pull over her life account for much of her ups and downs in the early years. Its enough to leave the audience wanting more by giving us something akin to a paint-by-numbers, Cliffs Notes summary of the Queen of Soul's life. Aretha deserves better. 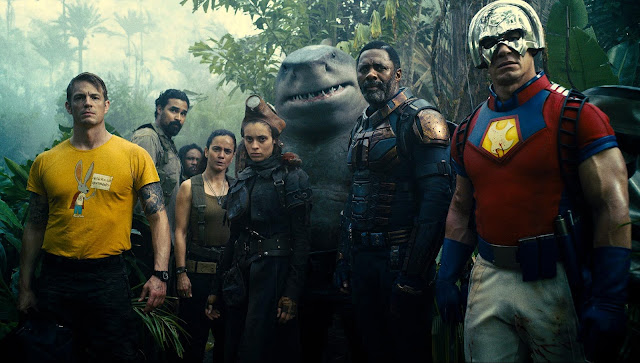 James Gunn's The Suicide  Squad is certainly an improvement over David Ayer's 2016 original, although that's a fairly low bar to clear. It serves as a kind of soft-reboot of the concept, carrying over only Margot Robbie's Harley Quinn and Viola Davis' Amanda Waller in a new adventure about supervillains sent out on dangerous missions with the knowledge that they likely won't return. Gunn's film certainly doesn't take as serious a route as Ayers, seemingly poking fun at itself at every turn, and giving us a villain that's essentially a giant starfish. The film gets a few laughs here and there; but if you, like this writer, are suffering from superhero burnout, not even Sylvester Stallone as a sentient shark man can save this from a sense of overall tedium. Lacks the overall sense of goofiness of Gunn's Guardians of the Galaxy movies, and thrilling filmmaking verve of Cathy Yan's standalone Harley Quinn adventure, Birds of Prey, but still manages to entertain in fits and starts.

Hong Sangsoo at his most deceptively mundane, The Woman Who Ran has all the hallmarks of Hong's straightforward, conversational style, masking a great deal of emotional undercurrents running just beneath the surface. Here, Gamhee (Kim Min-hee, the filmmaker's constant muse) encounters three old friends while her husband is away on business, their interactions betraying unspoken conflict and unexpected warmth in varying and often bracing ways. The Woman Who Ran is perhaps the loosest of Hong's more recent films, even less invested in a particular destination than usual, as it focuses instead on exploring subtle human interactions. Hong finds heartache and humor embedded in the most seemingly commonplace of conversations, from old friends reminiscing to new neighbors insisting that their cats are stealing from them. It may not have the same emotional impact of some of the prolific filmmakers other works like On the Beach at Night Alone or Hotel by the River (it most closely resembles the wit and brevity of Grass), but there are few pleasures more endearing or satisfying than unpacking and exploring the many layers of a new Hong Sangsoo joint.