New On Blu-Ray | Bringing Up Baby, Mirror, Objective Burma, Take Me Out to the Ballgame 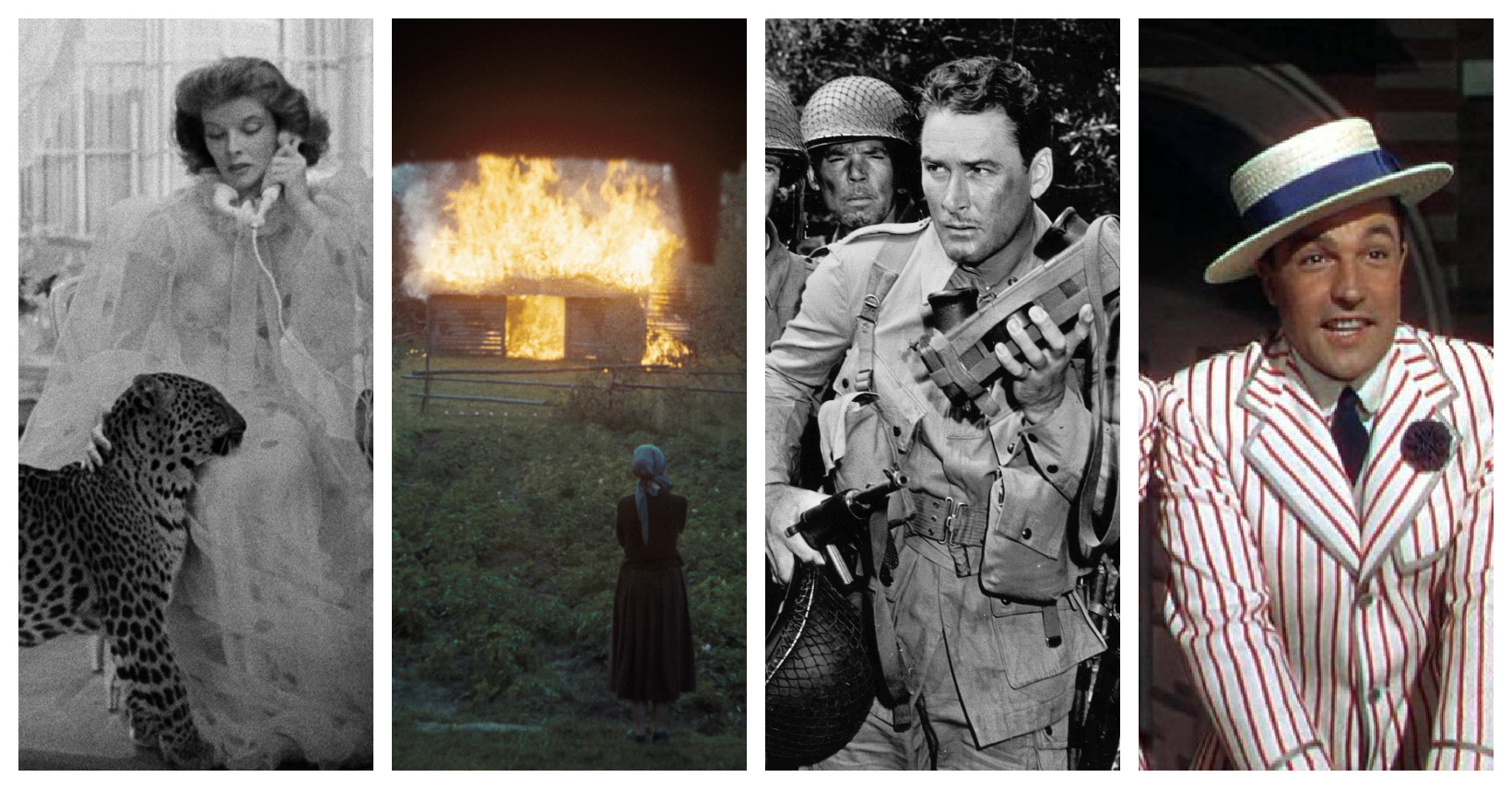 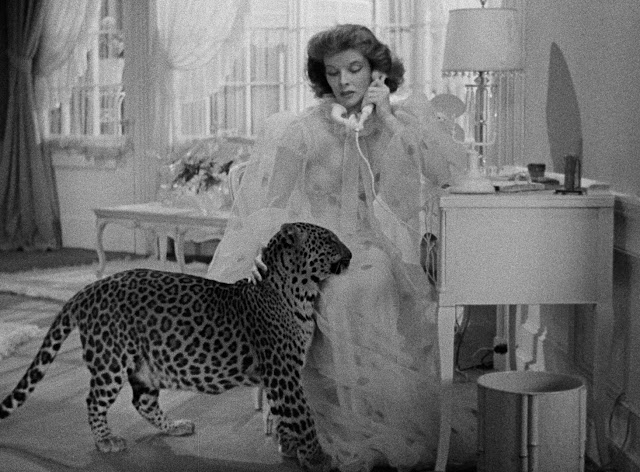 If Howard Hawks' Bringing Up Baby isn't moment-for-moment the funniest film ever made, it can certainly lay a claim to being in the top five. Notoriously a flop upon its original release, and helped earn Katherine Hepburn the label of "box office poison" by Harry Brandt of the Independent Theatre Owners of America (a title she wouldn't shake until the release of The Philadelphia Story two years later). It's almost impossible to fathom now, given the film's classic status and Hepburn's iconic reputation. And while hindsight is often 20/20, as the saying goes, watching Bringing Up Baby more than 80 years after its release, it feels as if everyone involved was working at the absolute peak of their talents.

Hepburn, acting against type as a flighty heiress, is a constant delight. Cary Grant, himself playing against type as a bookish paleontologist whose life is upended by a smitten Hepburn's lovelorn antics, is nothing short of perfection. Together, they search for a missing dinosaur bone while baby-sitting a leopard named Baby, whose subsequent escape wreaks havoc on a tiny town. It is, to put it bluntly, the perfect screwball comedy, a rapid-fire barrage of ludicrous mayhem whose absurdity only gets funnier as it goes along, thanks in huge part to the game dedication of its cast; their straight-faced dramatic deliveries only making the silliness of their situations that much more heightened. The Philadelphia Story may be remembered as Hepburn's come-back, but it's Bringing Up Baby that truly represents her finest comedic work, an endearingly cheeky film that pushed the bounds of the Production Code right underneath the censors' noses, and whose timeless comic situations continue to enchant and entertain audiences generations after its initial release. 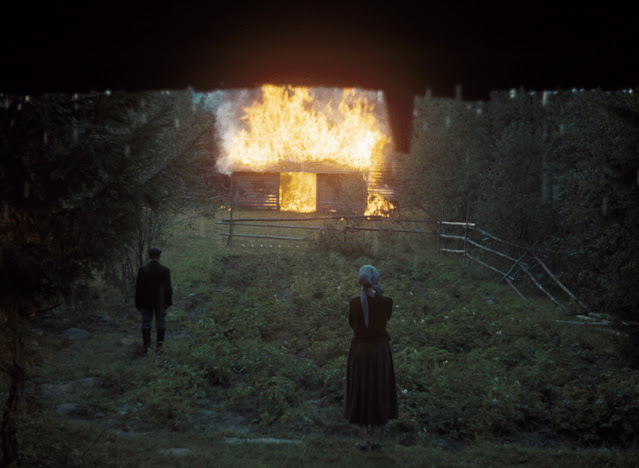 Perhaps Andrei Tarkovsky's most personal work, 1975's Mirror is a puzzle box of refracted memories, reflecting the filmmaker's own recollections of childhood against the shifting landscape of 20th century Soviet history. Rejected by Soviet critics at the time for its relative formlessness, Mirror is nonetheless a stirring and striking work, a poetic exploration of the moments that make up a life as seen by an artist attempting to take full measure of his life up to that point. More abstract than most of his films, Mirror is pure Tarkovsky id, a series of vignettes interspersed with newsreel footage that feels like a life flashing before one's eyes. 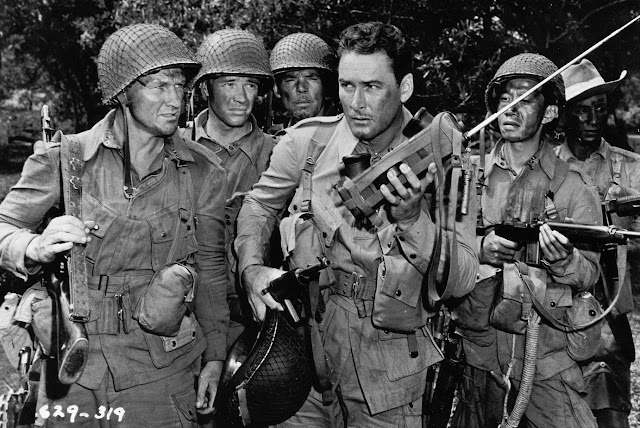 Hollywood war films made while World War II was still raging tended to have a fairly jingoistic tone, focusing on lifting a war weary nation's spirits rather than the grim realities of the carnage happening overseas. Raoul Walsh's Objective, Burma!, starring famed swashbuckler, Errol Flynn, is something of a different animal. It's darker, grittier, and and much more honest in its depiction of the war in the Pacific than many of its contemporaries, making it one of the finest American war films to be released during WWII.

Walsh was never interested in glorifying violence or engaging in sentimentality - he was far more interested in the psychological toll violence took on his characters (see White Heat, High Sierra, and Gun Fury). While Objective, Burma! certainly engages in some of the casual racism toward the Japanese that was common in American cinema at the time, Walsh's unblinking portrayal of the ugliness of war sets the film apart from much of Hollywood's output in 1945. The film centers around a high stakes mission behind enemy lines to capture a strategic Japanese outpost in Burma prior to the Allied invasion, and although the film ends with the successful arrival of American troops, its clear that the toll the war has taken on these men won't end with a simple happy ending. Flynn was never more steely or ferocious than he was here; gone is the joyous romanticism of Robin Hood or the boyish  charm of Essex, in its place is an unsettling grimness, we believe that this man has seen a lot of terrible things. It's a Hollywood production from 1945 so there's no blood, but it feels more authentic than many other films from the period. It occasionally feels overlong and not completely focused on its ultimate goal, but there's something about the way it meanders in the middle section that makes it feel more real, and that we're trapped in this hell with these men. It's an oft overlooked gem of its genre that stands ripe for rediscovery. 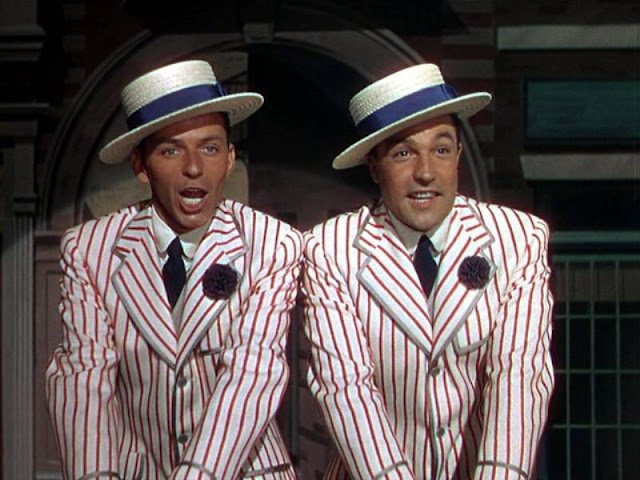 TAKE ME OUT TO THE BALLGAME (Warner Archive)

Jaunty Busby Berkeley musical about two baseball player cum entertainers (Frank Sinatra and Gene Kelly) whose lives are upended when their team is inherited by a beautiful woman (Esther Williams) they assume knows little about baseball. It turns out she knows more than they do, and Sinatra falls head over heels in love, while Kelly gets caught up in a gambling scheme by some local gangsters to throw a game. The numbers were staged by Kelly rather than Berkeley so expect more tap-dancing than large scale production numbers. Everyone here was much better somewhere else, but this is a fun, frothy comedy that throws away its ending, but plods along amiably on the charm of its stars and Berkeley's charming (if subdued) direction.