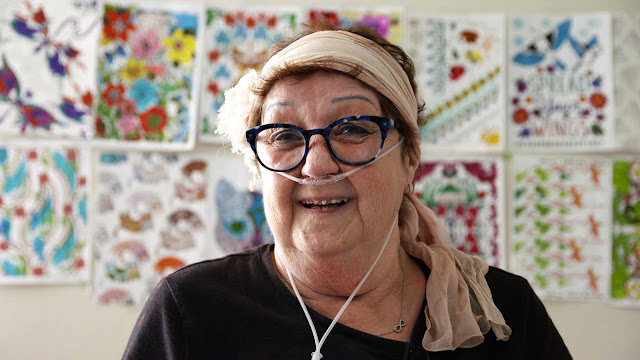 There have been few more controversial Supreme Court cases in the modern era than 1973's Roe v. Wade, which legalized abortion in the United States and set off a culture war that has been raging ever since. At this point I'd wager most folks know where they stand on the issue of abortion, but fewer know the real story of Jane Roe (nee Norma McCorvey) and how she unwittingly became one of the most contentious figures in American politics. 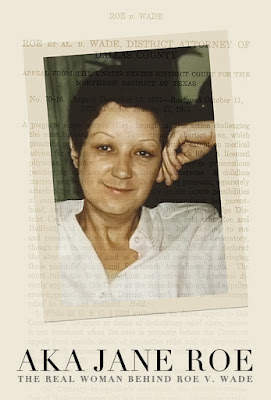 In the new documentary, AKA Jane Roe, her story finally takes center stage, away from the glaring lights of the culture war, with its many complicated facets on display. When she was recruited as Jane Roe in the early 70s, McCorvey was working as a prostitute when she became unexpectedly pregnant. Unable to procure a legal abortion, she sought help from underground abortion doctors, but decided against it when she saw the filthy, dangerous conditions of the back alley clinic. She never got the abortion she sought, but her struggle became the flashpoint for the abortion rights movement as the plaintiff in Roe v. Wade, winning the right to choose to terminate a pregnancy for generations of women after her.

The film examines McCorvey's early life, growing up gay, sexually abused, and destitute in the rural south. After helping to codify the right to an abortion into American law, she was mostly ignored by the pro-choice movement. She was too unpredictable, too rough around the edges, too crass to be an effective spokesperson, they thought. And so Jane Roe became more of a symbol than a real person. That is until she was recruited by an evangelic anti-abortion group called Operation Rescue, who paid her hundreds of thousands of dollars to renounce Roe v. Wade and become an anti-choice crusader.

AKA Jane Roe serves as McCorvey's own candid "deathbed confession," acknowledging that her conversion to anti-choice zealotry was a scam and that she had, in fact, been manipulated into betraying the very cause that bore her name. It's a portrait of a complex, complicated woman who never asked for the national spotlight in which she found herself. Here was a woman who lived a life of abuse who was neglected by the very movement she helped to victory, manipulated by bad-faith actors on the opposing side, and forced to end a long term relationship with her beloved partner, Connie, by the right-wing evangelists who saw her as little more than a trophy. In that way, the documentary almost plays as a personal tragedy set against the backdrop of national political unrest.  And while I wish director Nick Sweeney had asked some harder questions of the dying McCorvey, who dismisses her time advocating against abortion as using the very people who were using her, her troubled life tells a very different story.

Why did she throw millions of women under the bus after such a sweeping victory? It can't have just been for the money, can it? Sweeney sifts through decades worth of personal reflections, interviews with friends, family, and the anti-abortion leaders who sought to use her for their own ends, to paint a startlingly complex portrait of a woman with a troubled and complicated legacy. As her final statement before her death in 2017, AKA Jane Roe dispels the right-wing myth of her anti-choice conversion once and for all, but it also leaves just as many questions as it answers. Perhaps that's the way McCorvey would have wanted - fiery, flawed, and never quite ready for prime time, she was not a typical activist or a camera-ready symbol of resistance. She was a fully formed human being filled with troubles, pains, and contradictions of her own. In other words, she was perhaps the most indelible symbol of the very women Roe v. Wade ultimately helped; the regular people whose struggles the cameras rarely capture in the ongoing political battles surrounding abortion. In AKA Jane Roe, McCorvey finally gets to tell her story in her own words and on her own terms, and the results are as fascinating, as frustrating, and as full of life as she was. It's a moving, must-watch experience.