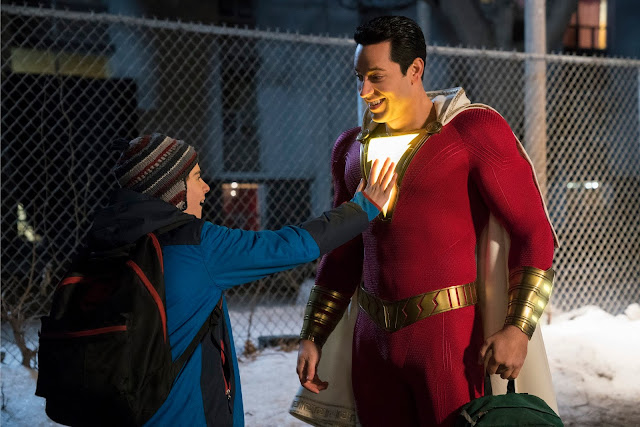 In the cinematic comic book wars, DC has struggled somewhat to find its footing in an era dominated by Marvel's Cinematic Universe. Yet one thing that sets them apart from Marvel is their willingness to experiment and take risks, eschewing homogeneity of product for creative exploration, especially now that they seem to have abandoned their attempt to copy Marvel's model with Justice League. 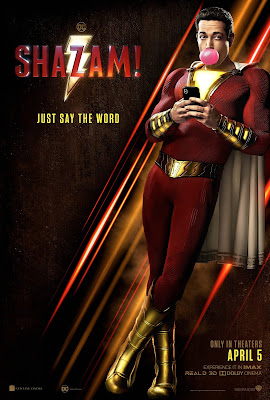 While DC has attempted to "lighten up" its films in the wake of backlash to the self-serious tone of Man of Steel and Batman vs. Superman, their latest film, Shazam!  is the first outright comedy in their canon. Imagine, for a second, if Penny Marshall's Big were a superhero film, and you're somewhere in the realm of Shazam!. It chronicles the adventures of a teenage orphan who, after being passed around from foster home to foster home, is imbued with superpowers by an ancient wizard (Djimon Hounsou), granting him the ability to transform into an adult superhero in the blink of an eye.

It's an appealingly goofy premise, made even more so by director David F. Sandberg's refusal to take the film too seriously without condescending to the material. At its heart, Shazam! is a family drama, centering around a family of foster children who create the family they never had. This emotional grounding, coupled with an acknowledgment of the collateral damage wrought by internalized trauma (embodied by the film's villain, played by Mark Strong), makes for something of a unique entry in the superhero genre.

Sandberg cut his teeth on studio horror films like Lights Out and Annabelle: Creation, and he doesn't gloss over the inherent darkness of the story here. Strong's villain, imbued with the power of the seven deadly sins, is appropriately horrifying, and the stakes freeloads more tangible than your typical superhero film. Unlike Justice League (or for that matter, any of the Avengers films), Shazam! takes the time to explore the idea that one person can't fight evil alone, it can only be defeated by banding together. We are, in essence, stronger together, a point hammered home by the film's bruising extended climax.

Zachary Levi (no stranger to superhero movies, he plays Thandral in the Thor films over at Marvel) is appropriately goofy in the title roles, yet strangely seems much less mature than Asher Angel, who plays his younger self. Yet his rapport with his best friend, Freddy Freeman (Jack Dylan Grazer) a young disabled boy whose mouth frequently gets him into trouble, is a constant delight. It's all buoyed by a rousing score by Benjamin Wallfisch, who provides one of the most memorable superhero themes this side of John Williams' original Superman. Coming on the heels of the surprisingly stylish and entertaining Aquaman and Wonder Woman (arguably their best film), it's enough to give hope that DC may be turning things around around at last, because Shazam! is one of the most thoroughly entertaining and emotionally grounded films the genre has given us in recent memory.