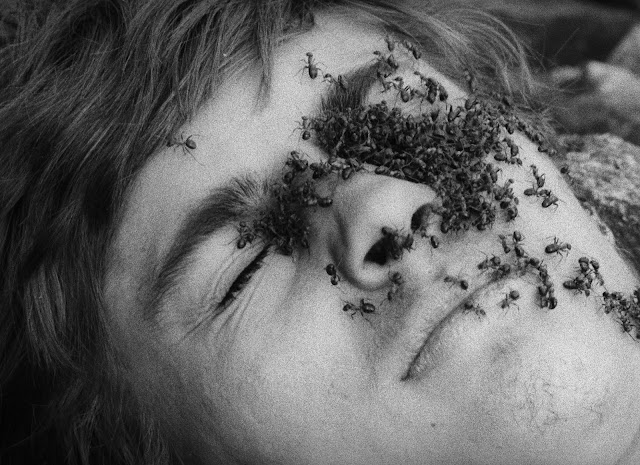 The Czechoslovak New Wave is perhaps one of the most radical film movements to emerge in the mid-20th century. Not as well known, perhaps, as the French New Wave (certainly none of the films entered the public consciousness quite like Breathless or The 400 Blows), but the filmmakers that emerged from Czechoslovakia, František Vláčil (Marketa Lazarová), Jiří Menzel (Closely Watched Trains), and especially Miloš Forman (One Flew Over the Cuckoo's Nest, Amadeus), are among some of the greatest of the last century. 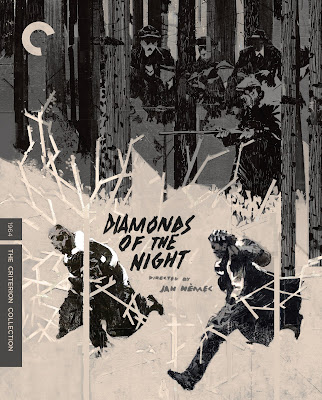 One of the most defiantly revolutionary filmmakers to emerge from the movement was Jan Němec. Whereas the Nouvelle Vague filmmakers had a sort of romanticism inherited from their love of classical Hollywood films (at least until Jean Luc Godard decided he wanted to burn it all down around 1967), there is a sense of anger and absurdity in the Czechoslovak films of the period that seems born from the oppression of the Iron Curtain. No one embodied this sense of rage and cinematic non-conformism than Němec. It was apparent from his very first film, A Loaf of Bread (1960, also included on the Criterion Blu-Ray), which serves as a kind of thematic precursor to his most well-known film, Diamonds of the Night.

Loosely adapted from a novel by Czech author Arnošt Lustig (as was A Loaf of Bread) Diamonds of the Night is a nearly stream-of-consciousness nightmare about two young men escaping from a Nazi concentration camp during World War II. The films drops us into the action immediately, opening with the two men running through a forest, the sound of gunshots and barking dogs in the background. Němec gives the audience no chance to orient itself in this new world - the world of the film just *is.,* and like its protagonists, we must adapt or die. Němec slowly fills us is, peppering their journey with flashes of previous events that could be anything from flashbacks to fever dreams. We are left to wonder if our protagonists are losing their grip on reality or if what we're watching is even happening at all. The film even features two endings; one in which the young men are gunned down by a gleeful German hunting party, and another in which they escape into the forest once again, their journey still incomplete. 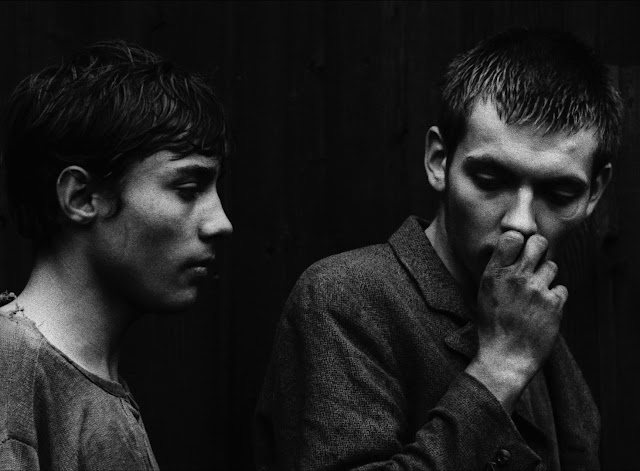 The whys and wherefores are ultimately beside the point to Němec. He directs with a sense of dark surrealism, the imagery of Diamonds of the Night sometimes recalling the disturbing dream-logic of Luis Buñuel's Un Chien Andalou. Němec seems to refract time like light through splintered diamonds, losing all sense of time and place, replacing them with disorientation and fear. It's a visceral experience, the kind one feels in their gut - Němec isn't telling us a story, he's making us *feel* something, and he's throwing out all the rules of narrative cinema in order to do so. It's difficult to watch Diamonds of the Night in 2019 and not see parallels with László Nemes' Oscar-winning Holocaust drama, Son of Saul, with its fierce adherence to first-person perspective in a world gone mad. Němec has similar goals here, focusing on the men and their experiences, their bodies taking center stage in his increasingly untethered frame, and yet we are unsure what those experiences really are. The film unfolds in a kind of a dream-state, showing us events multiple times often with different outcomes. Are we watching possible outcomes, or perhaps events from the characters' imaginations, or are the events playing out before us actually happening?

You'll find no answers in Němec's grim world. In fact, Němec was blacklisted shortly after the release of Diamonds of the Night  his films proving to be too subversive to the ruling Communist Party, and Němec never found the success abroad after finally fleeing Czechoslovakia in 1974. Yet Diamonds of the Night remains a touchstone, a film of such raw power that it still feels genuinely radical, a hallucinatory, aesthetically visionary work that redefined the cinematic language - taking the work of the early surrealists and applying it to a kind of emotional and political battering ram. It's a tragedy to think about all the films we lost through Němec's political oppression, but thanks to Criterion's beautiful new Blu-Ray edition, we can still enjoy the treasures we do have, and appreciate them for the masterworks that they are.