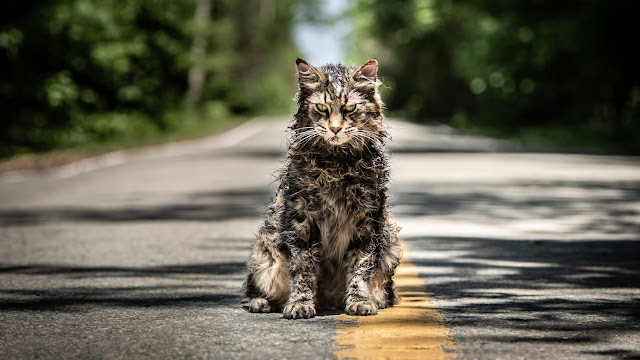 Stephen King famously hated his 1983 novel, "Pet Sematary," tossing it in a drawer wandering if he had gone "too far," not digging back out until he needed one more novel to fill a commitment to his publisher. The novel, of course, was a success, and King eventually came around to it. 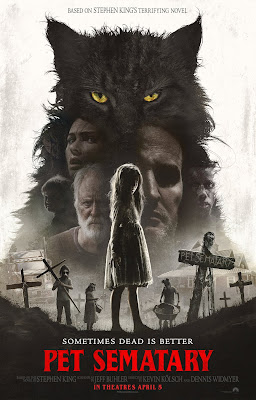 It is, of course, an extremely dark tale, exploring themes of grief and loss that are as universal as they are unnerving. The novel has been adapted for the screen once before, to some modest success, in 1989 by director Mary Lambert, a film to which Dennis Widmyer and Kevin Kölsch's new version hews closely. It's odd that Widmyer and Kölsch chose to essentially remake the 1989 film rather than return to King's rich source material, essentially making some of the same mistakes all over again, perhaps even more egregiously. Both films failed to capture the inherent pain at the heart of the story, in which the Dr. Louis Creed (Jason Clarke) discovers a mysterious pet cemetery in the back yard of his family's rural home. After the death of his daughter Ellie's beloved cat, Church, the Creed's neighbor, Judd Crandall (John Lithgow), shows Louis a place just beyond the cemetery that brings things back to life. Louis buries Church there, hoping to spare Ellie the pain of learning about death.

The Church that returns from the grave, however, is not the same as the Church that was killed on the Creed's dangerous Maine highway. He's constantly filthy, reeks of decay, and feels somehow...evil. When another tragedy shakes the Creed household to its core, Louis begins to contemplate the unthinkable - what happens if you bring a human back from the dead? We all know where this is going, of course. And while the 2019 Pet Sematary swaps 3-year-old Gage (Lucas Lavoie, Hugo Lavoie) for 9-year-old Ellie (Jeté Laurence) as the child who gets run over by a tractor trailer, the story remains mostly the same. The biggest problem, much like in the 1989 film, is that the filmmakers are in such a rush to get to the inevitable zombie massacre that they forget to justify it through the characters' grief. Neither film really lets us believe that Louis would make the choice that he ultimately does. It has to come from a place of complete desperation and overwhelming sadness, but Pet Sematary knows why we're all here. It wants to get to the point, and fast.

That's one of the things that King's novel does so beautifully. Sure it's horrifying, but it's horrifying because it makes Louis' choice to resurrect his dead child feel perfectly natural - we understand why he does it, and even wonder if we would do the same were we in his position. Widmyer and Kölsch just want to to cut to the chase, and when they do, they completely rework King's original ending into something that totally undercuts the thematic integrity of the story. Rest easy, no spoilers here, but suffice it to say that the ending of Pet Sematary 2019 isn't born of Louis' self-destructive grief, but from a desire to build upon the story's horror elements. The result feels strangely neutered, delivering on its gory promise but lacking the emotional anguish that made King's novel so troubling.

The 1989 film may look a bit cheesy now, but it was dirtier, meaner, and ultimately a more successful (if imperfect) take on King's material. King adaptations are hot right now, especially after the success of Andy Muschietti's It (2017), but if this perfunctory adaptation is all we're going to get out of some of King's most iconic works, perhaps they should stay buried. As Judd Crandall says, sometimes dead is better.