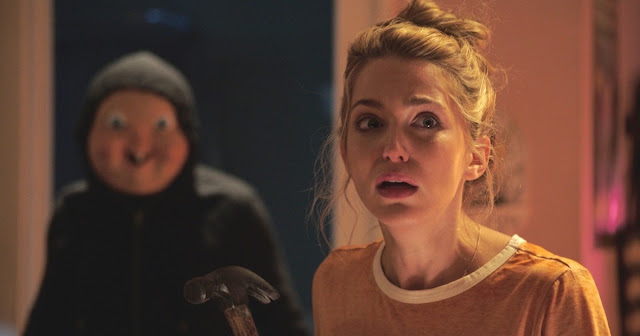 A putrid, borderline offensive piece of lowest common denominator sludge, Happy Death Day thinks it's a film about becoming a better person, when really it's content to swim in its own filth. A kind of Groundhog Day by way of Final Destination, Happy Death Day is about a college student who continually relives the day of her death, waking up in the dorm room of a stranger and navigating the drama of her toxic sorority, before being murdered by a mysterious, mask-wearing stranger on the way to a party that night. 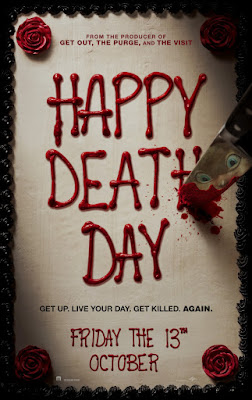 Each time she is murdered, she wakes up again the previous morning in the stranger's dorm room bed. Panicked and confused at first, she eventually begins trying to prevent herself from dying, only to die in a new way each time. Yet each time she wakes up, she finds herself increasingly weakened by each new death, and the clock seems to be running out for her to survive the day and stop the cycle of death.

Happy Death Day feels like it was written by someone who is trying very hard to capture how "kids today" talk, and completely embarrassing themselves in the process. I'm not in my twenties anymore, but does anyone actually say things like "did you get some of that fine vagine" or "stop looking at me like I just took a dump on your mom's head?" You're likely to spend more time cringing at the dialogue than at the sanitized, PG-13 death scenes.


But the most egregious moment comes when one of the sorority sisters makes a mocking impression of a mentally handicapped person. The audience I saw the film with thought it was hilarious, which was far more disturbing than any of the horror the film had to offer. It's 2017, how is this still funny to anyone? It truly is Trump's America now.

By the time the film reaches its laughably contrived conclusion, Happy Death Day has more than worn out its welcome. It even manages to name-drop Groundhog Day, clearly thinking that it's being exceedingly clever. Unfortunately, there's nothing particularly clever about this film. It's a collection of stereotypes and lame plot devices masquerading as a movie. But more that than, it's a film that tries to appeal to the audience's worst instincts. In that regard, it's an act of cinematic sadism, a mean-spirited, self-satisfied piece of teeny-bopper schlock that attempts to clothe its snickering immaturity in a half-baked moral.

Don't fall for it.