When the original Paranormal Activity was released, viewers had the opportunity to "demand it," leading to a wide release that wasn't previously scheduled. I was always a bit skeptical of it as a marketing ploy, but Paramount is once again asking fans to "demand" early screenings of the lucrative franchise's fourth installment through the Facebook App "Want It." The 25 cities with the most votes will get early screenings of the film prior to its October 19 opening. 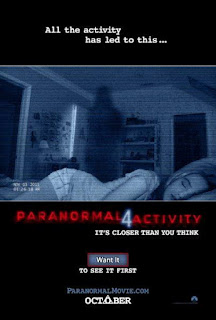 You can view the leaderboard in real time. While Los Angeles and Houston are among the top ten, the other eight are not the usual suspects, which makes this a bit more interesting. My North Carolina readers are especially encouraged to vote for Charlotte, to help bring additional attention to the secondary markets that don't get the attention that the usual top 25 markets do.