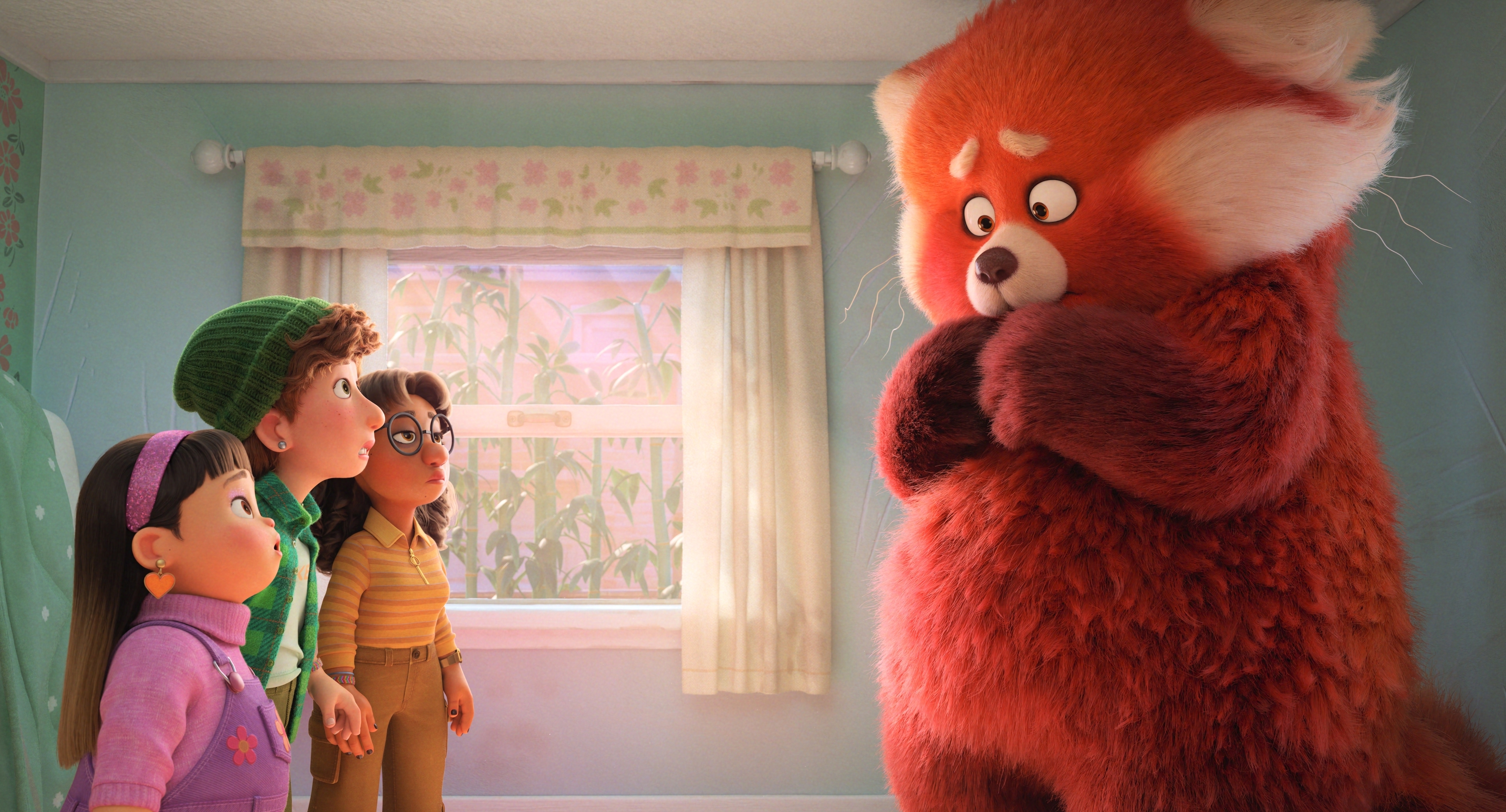 The fact that Pixar's last three films (Soul, Luca, and now Turning Red) have gone directly to the Disney+ streaming service, skipping theaters altogether, is something of a disconcerting trend, given that not only are they all excellent films, but represent the strongest work coming out of Disney right now. The accessibility, especially in the era of COVID-19, is certainly good news, as Turning Red is perhaps one of the most indelible depictions of what it's like to go through puberty ever put on screen. It's a film that deserves to be seen by the widest possible audience - but that includes allowing it to be shown in theaters where it belongs. 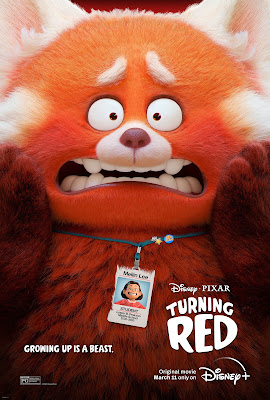 Turning Red is, to put it simply, a triumph. The feature debut of Domee Shi (who previously helmed the lovely short, Bao, for Pixar in 2018), Turning Red introduces us to Mei, a thirteen year old girl of Chinese descent living in Toronto. While her family still embraces Chinese traditions, running a small ancestral temple in the middle of town, Mei is more interested in boys - specifically 4-Town, the hottest fictional boyband of 2002. The clash between Mei's interests and her family's traditional ways comes to a head when Mei discovers that strong emotions turn her into a giant red panda.

As demonstrated previously in Bao, Domee Shi has an incredible knack for using outlandish metaphors to convey thorny human emotions in deeply relatable ways. In Turning Red, she memorably turns the unique sort of body horror of puberty into an utterly charming and emotionally grounded comedy that perfectly captures the heightened emotions and desire for independence that comes with growing up. While Mei is just discovering who she is and who she wants to be, her body is undergoing strange changes she doesn't quite understand; and to its credit, Turning Red never shies away from the realities of its own metaphor. Turning into a panda isn't just a cutesy euphemism for menstruation, Domee Shi confronts it head-on in ways that feel both refreshing and unprecedented - this is a reality faced by young women every single day, why not acknowledge it?

Turning Red does so with great humor and heart, unafraid to confront the sometimes messy nature of growing up getting used to our body's changes and surging emotions. Everything about the film seems turned up to an 11, each emotion taken to its most extreme, just as teenagers often do, but by setting itself in 2002 it avoids alienating older audience by existing in a frame of reference that feels universally relatable. It's a big warm hug of a film that deserves to be cherished and celebrated, and Domee Shi is quickly establishing herself as one of the most unique and exciting voices working in animation today.